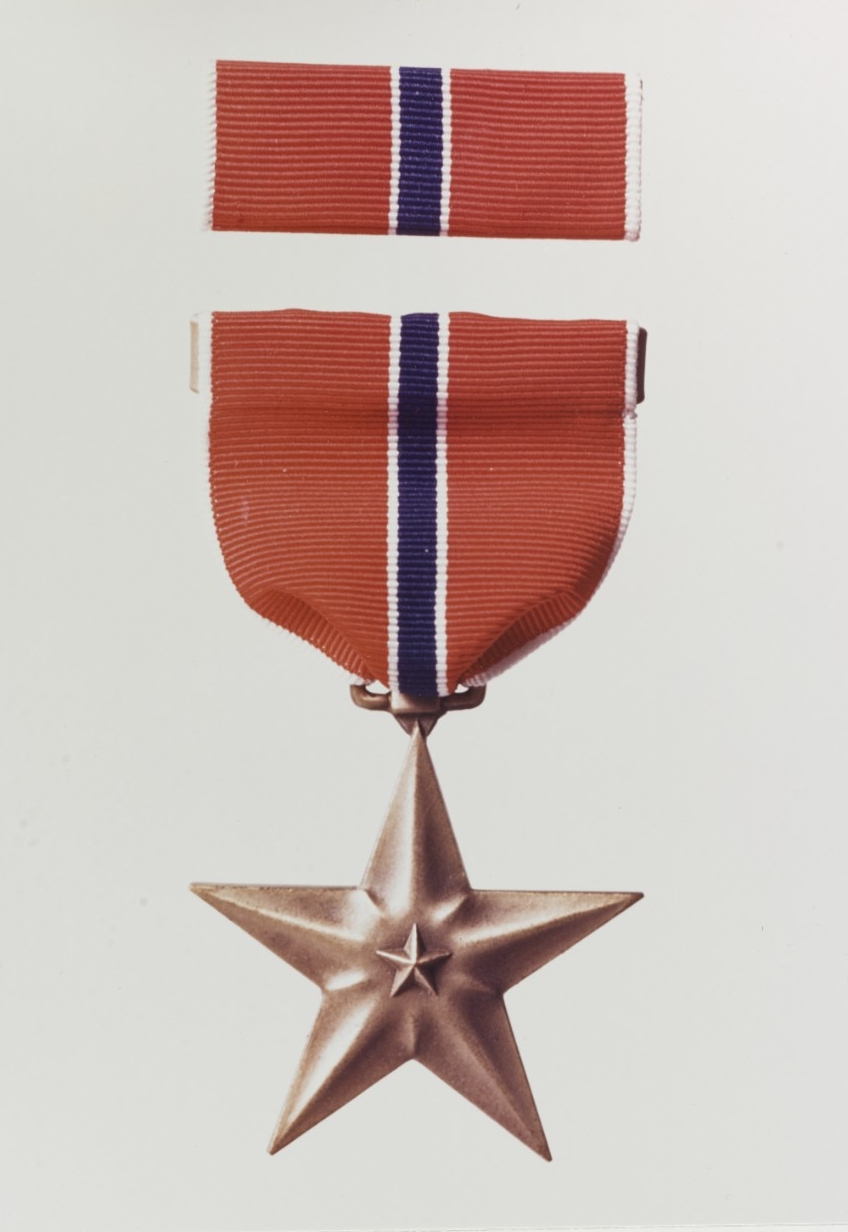 The Bronze Star Medal was originally established by Executive Order on 4 February 1944. The medal may be awarded by the Secretary of a military department or the Secretary of Homeland Security with regard to the Coast Guard when not operating as a service in the Navy, or by such military commanders, or other appropriate officers as the Secretary concerned may designate, to any person who, while serving in any capacity in or with the Army, Navy, Marine Corps, Air Force, or Coast Guard of the United States, after 6 December 1941, distinguishes, or has distinguished, herself or himself by heroic or meritorious achievement or service. When awarded for acts of heroism—which are of a lesser degree than required for award of the Silver Star—a letter "V" (for valor) is added to the medal's ribbon.