Helping Others Realize Their Dreams: 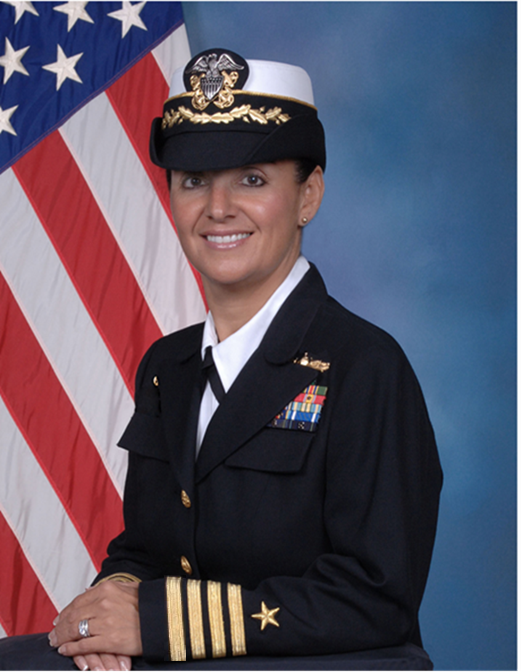 In 2022, a Navy rock star will be retiring. Her name is Captain “Angela” Katson, a 38-year veteran of the Navy, whose career has been spent on encouraging young men and women to join the Navy, advising junior sailors on job opportunities, and creating enlisted policies for successful career paths.

Born in Bogota, Colombia, Katson immigrated to the United States in 1970 and grew up in New Rochelle, New York. Her mother became widowed and was left with six very young children, who she wanted to live the American dream of success and education.

By the time Katson was 16, she had big dreams—to go college, see the world, and have a career and a family. Her drive led her to join the Navy. The United States had given her and her family so many opportunities and she wanted to serve and repay her adopted country. Still a minor, she needed her mother’s permission, which wasn’t easily given. Katson’s mother wanted (and needed) her to stay at home and help the family. However, Katson wanted to fulfill her dreams and, fortunately, she successfully convinced her mother to sign the delayed-entry paperwork.

Her Navy journey began in July 1982, when she left New York for boot camp in Orlando, Florida. She was one of two women whose ratings were undesignated, which meant that she didn’t have an assigned job when she showed up on her first ship, USS Point Loma (AGDS-2, former USNS Point Barrow). Nonetheless, Katson eagerly reported for duty and immediately started sending money home to help her family.

Katson’s dreams continued to be realized when the Point Loma commanding officer (CO) advocated for her to apply for college and become an officer. But first, she had to overcome an obstacle—to become a naturalized citizen. The CO helped expedite that process for her as well. He saw something in her that she didn’t always see in herself and he changed the course of her life. Katson received a full scholarship to University of San Diego and graduated in under three years. She was subsequently commissioned an officer in 1991, earning her surface warfare officer (SWO) qualifications while stationed aboard USS Acadia (AD-42).

The 1990s was an era of change in the Navy with women finally being allowed to serve on combatant ships. Katson wanted to serve on one, but did not receive that opportunity. Her detailer offered her the chance to train prospective officers at the U.S. Naval Academy (USNA) instead. 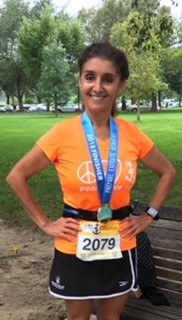 Katson agreed and, in addition to her company officer role, she served as an adjunct instructor in Naval Leadership and Ethics as well as Basic Shipboard Tactics and Maneuvering. Her USNA tour was a pivotal course change in Katson’s life and it convinced her to change designators. She switched from SWO to human resource officer, spending the next three decades helping others follow and achieve their dreams. Katson was the executive officer and then CO of Navy Recruiting District, San Antonio, encouraging young men and women to join the Navy and see the world.

She subsequently served as the Navy diversity and inclusion officer and then the OPNAV Education Strategy and Policy branch head. Katson is currently serving as the branch head, Enlisted Plans and Policy and deputy director, Military Personnel Plans and Policy. When she joined the Navy she didn’t have an assigned job. Now she is creating successful career tracks for the next generation of Navy sailors. She believes in and practices the three “ships”: Leadership, Mentorship, and Sponsorship.

Katson and her husband have three sons. They are proud of their mother’s military service and one has already followed in her footsteps—he is in his final year at the U.S. Naval Academy. The Katsons’ youngest is also planning on joining the Navy. The oldest is a software engineer. Like their mother, they all love to travel and their favorite duty station was Naples, Italy.

Most people don’t serve 38 years on active duty. They’ll serve 20 and then retire, finding a second job. Not Katson. She extended her service numerous times because she has a career that she loves, one that allowed her to earn a bachelor’s and two master’s degrees, and an executive certificate in public leadership from the Harvard Kennedy School.

When Katson does leave the Navy, she won’t be leading a quiet life. She is an ultra-marathoner who runs for relaxation. She’s run multiple 50-mile races and her goal is to run at least one 100-mile race. She aspires to continue helping others achieve their goals—both in the classroom and on the marathon course.

Mery-Angela Katson’s race serving our country in uniform is almost at its end. She has achieved many of her dreams. Thank you, Captain Katson, for your leadership, dedication, and service to our country.