A Historic Perspective of Hispanic Sailors in the United States Navy

The stories of Admiral David Farragut and Bandmaster Jose Contreras exemplify the Navy's core values of honor, courage, and commitment. 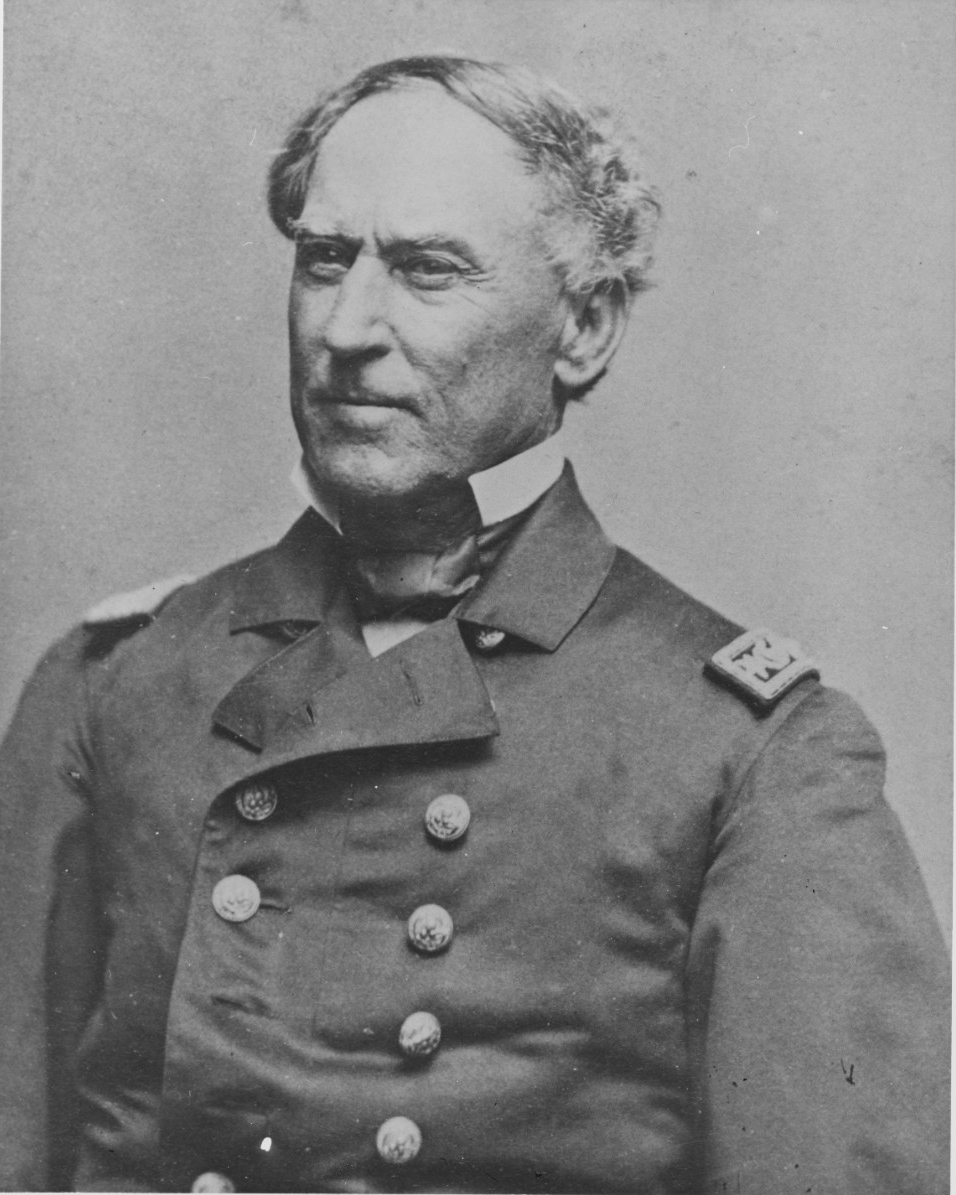 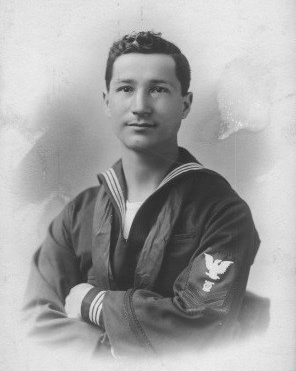 In addition to being the first full admiral of the Navy, David Farragut is also known as one of the Navy's greatest. While his career is a hallmark of Navy history, his background is often overlooked.

Admiral Farragut's father, Jordi Farragut Mesquida, was from Minorca, Spain and was the captain of a Spanish merchant ship. This ship was operating around the Caribbean and Gulf of Mexico when the United States declared its independence from Britain in 1776. After Spain announced its support of the United States, Jordi changed his name to a more Anglican moniker, George Farragut. He then enlisted as a lieutenant in the South Carolina Navy and went on to serve with great distinction. During his career, he married and had a son, James Farragut.

After losing his wife to yellow fever in 1808, George called on his friend and fellow Navy officer, David Porter, to help with family matters. Since he felt that he was unable to care for a small child, George Farragut asked Commodore Porter if he could take his son to raise him as his own. His friend agreed, and in 1809, James Farragut was adopted into his new family. Immediately, Commodore Porter introduced the eight-year-old Farragut to the Navy. James went to sea with his newly adopted father and received his first naval appointment to midshipman one year later at the very young age of 9. At this time, James changed his name to David to show respect for his new family.

After Commodore Farragut’s astonishing victory over the Confederate Navy in New Orleans on 28 April 1862, the United States Navy honored him by creating the rank of rear admiral. It was on 16 June 1862 that David Farragut became Rear Admiral Farragut. He went on to support the Union campaign at Vicksburg and was instrumental in the success of securing the Mississippi River fort, Port Hudson, from the Confederates. 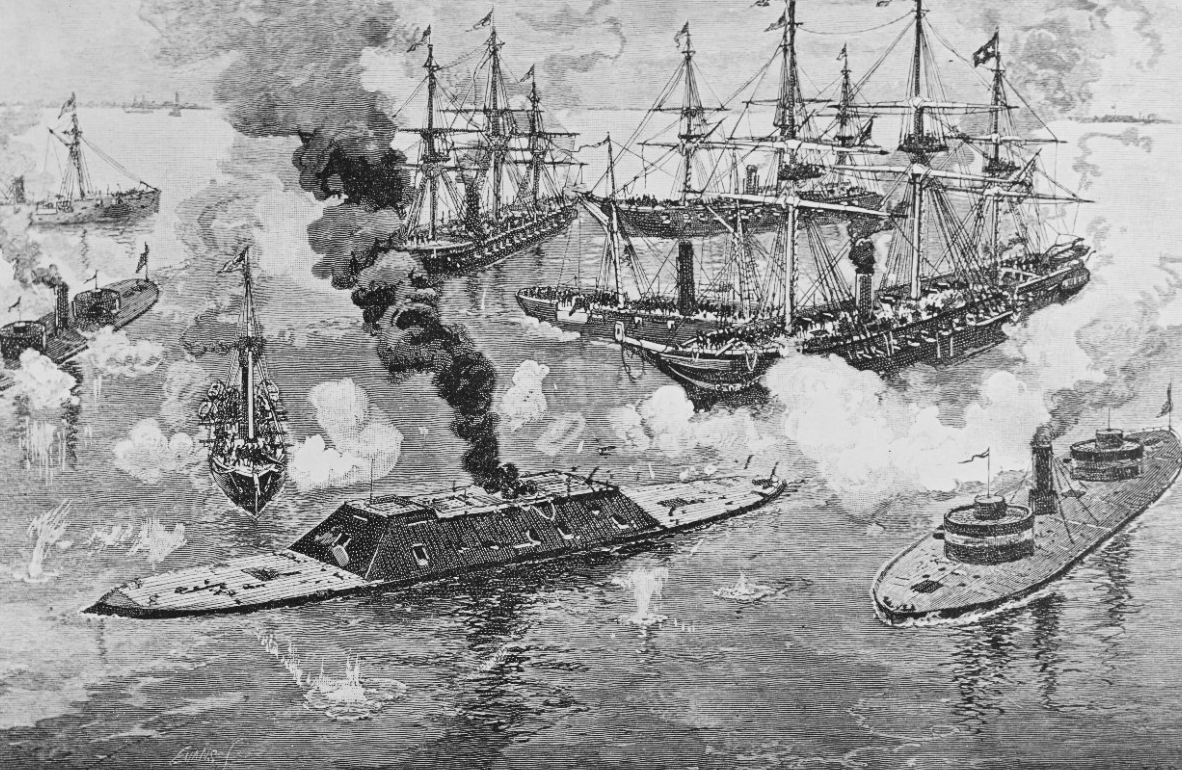 In 1864, Admiral Farragut displayed his tenacity in battle by confronting the last Confederate stronghold of the Gulf of Mexico, Mobile Bay. As his flotilla arrived in the bay, they were met with mines anchored to the sea bottom, known as torpedoes. One of his ships, Tecumseh, struck a mine and sank immediately. The entire flotilla came to a halt. Understanding the importance of moving forward in battle, he uttered his famous words, "Damn the torpedoes, all ahead full." Inspired by his bravado, the ships steamed through the mines and won a decisive victory. For his efforts, the Navy again created a new rank, vice admiral, to which he was appointed. His promotions were not finished, however, because shortly after the war, President Lincoln promoted Farragut to the newly created rank of full admiral.

Admiral David Farragut died in 1870 and received a hero's farewell. His funeral procession, escorted by 10,000 Soldiers and Sailors, was led by Ulysses S. Grant through the streets of New York.

In 1909, as a young boy in Valparaiso, Chile, Jose Contreras witnessed the Navy ships of the Great White Fleet steaming in and out of port. Within a year, he enlisted as a Navy musician aboard Maryland (Armored Cruiser No. 8 ) . In 1919, Contreras was assigned to the newly forming official band of the United States Navy, known as the "World's Finest," located in Washington, D.C. This was a high honor for any musician. Shortly after this assignment, Contreras was promoted to the rank of bandmaster, the highest rank attainable by a musician at that time. 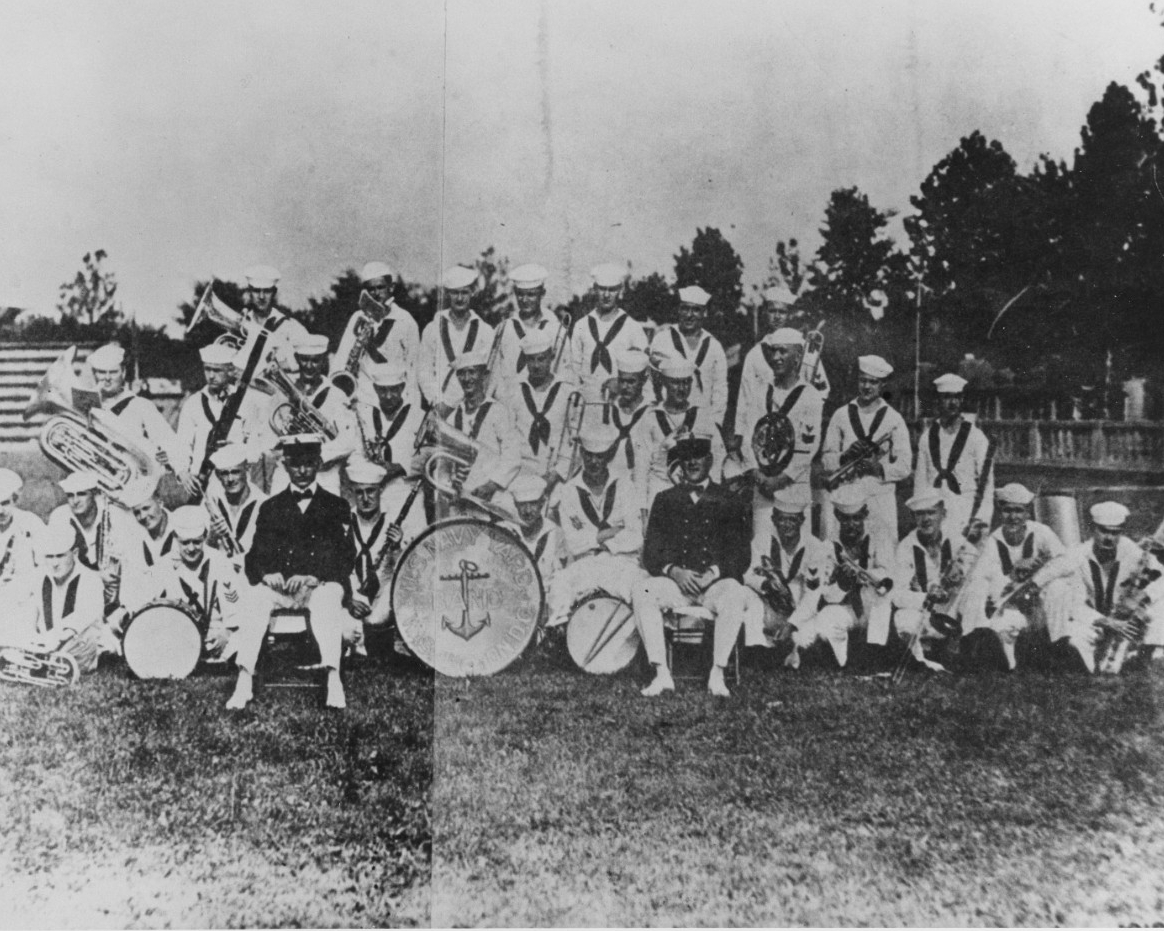 President Calvin Coolidge officially recognized The United States Navy Band by signing Public Law 661 in 1925. During the 1920s, The United States Navy Band gained national recognition and became a presidential favorite. The band was heard in concerts aboard the Presidential yacht Mayflower (PY-1), important functions at the White House, and at prominent local clubs and hotels. As an original member of this elite ensemble, Bandmaster Contreras performed in high profile ceremonies of national prominence. One such ceremony found Bandmaster Contreras beside President Coolidge as our nation welcomed home Charles Lindbergh from his historic flight across the Atlantic in 1927. In 1929 Bandmaster Contreras helped welcome home Admiral Byrd from his historic trip and flight over Little America, South Pole. Additionally, Contreras was heard on NBC radio in 1927 as part of Arthur Godfrey's "Hour of Memories." 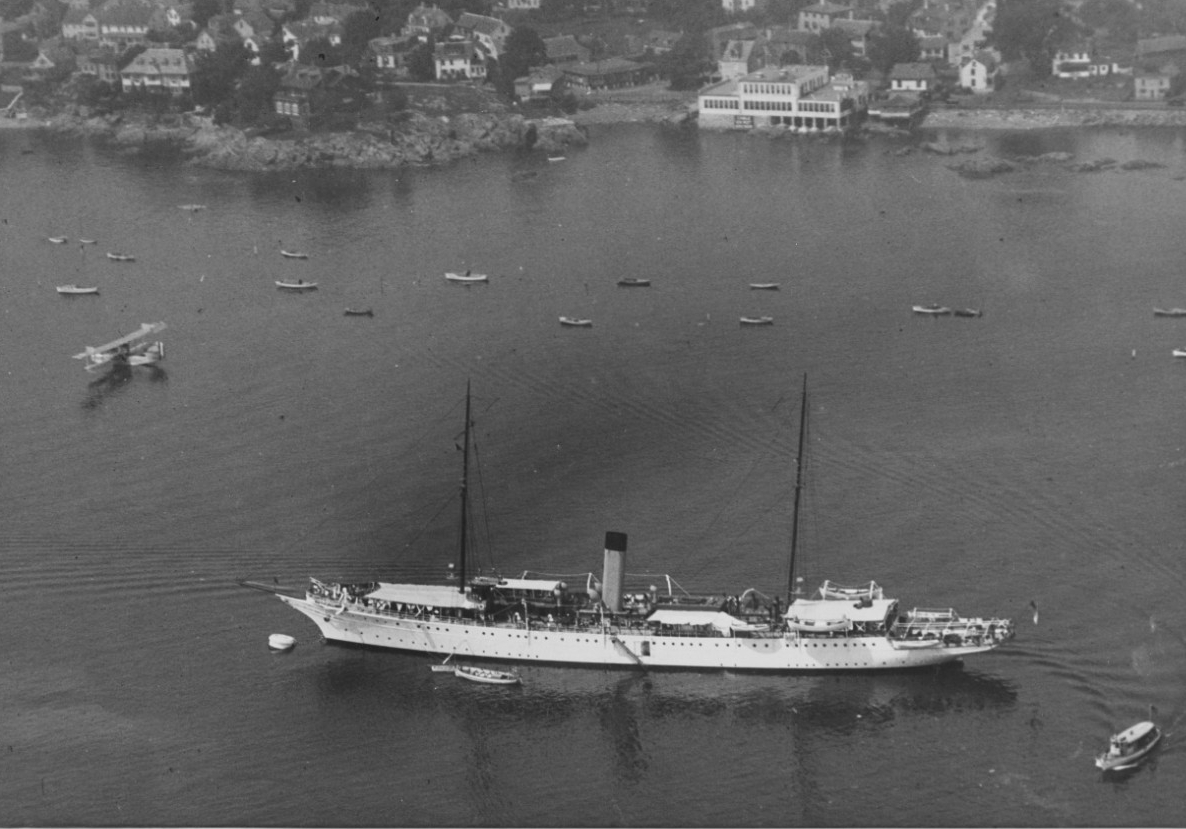 After retiring from active duty in 1938, Contreras continued to work for the Navy at the Navy Yard in Washington, D.C., until 1955. A retirement letter from Secretary of the Navy C. S. Thomas dated 10 October 1955 reads, "During your many years of service, you have had an active role, both in a military and civilian capacity, in the growth of our Navy to its present formidableness. The loyal, conscientious attitude which you have displayed in carrying out your assigned duties has made you a valuable asset to the Navy." 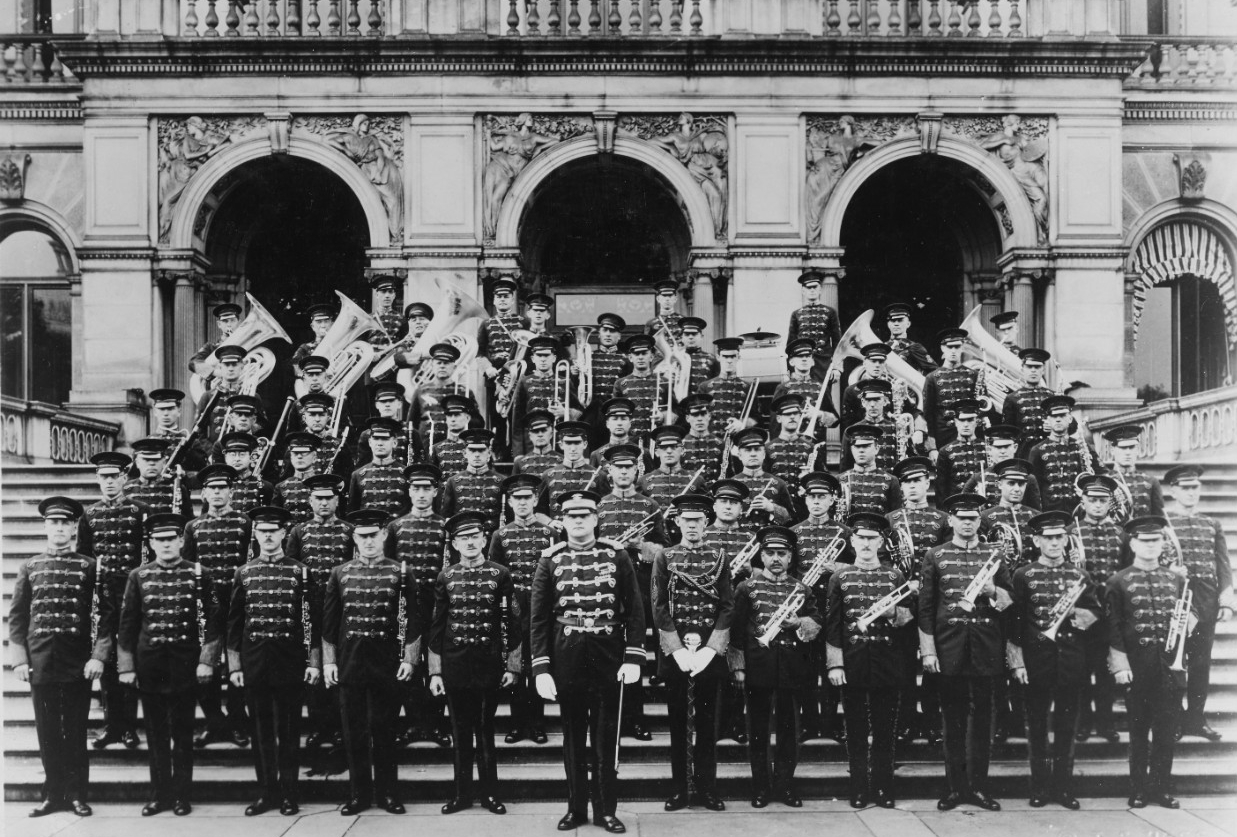