At age 39, Franklin Roosevelt saw his life upended by a sudden, devastating infection from the polio virus. The catastrophic illness looked like the end of his political career. Instead, it made him into the man who could lead his country through its own darkest hours.  Franklin D. Roosevelt, who was the most vigorous advocate of naval readiness ever to occupy the White House was a skilled sailor himself, who also served as the nation’s Assistant Secretary of the Navy, from 1913 to 1920.

Author and historian, Jonathan Darman presents an insightful and intimate chronicle of FDR’s years of illness, recovery and return to the heights of power, revealing a fresh look at the iconic president, his family, and his rivals. It uncovers the clear and striking connection between his private struggles and his later public triumphs including putting shipyards back to work and building the world’s most powerful sea service.

About the Author:  Jonathan Darman is a journalist and historian who writes about American politics and the presidency. He is the author of the forthcoming Becoming FDR: The Personal Crisis that Made a President. His book Landslide: Lyndon Johnson and Ronald Reagan at the Dawn of a New America told the story of a thousand transformative days in the 1960s through the eyes of two iconic American presidents.

As a former national political correspondent for Newsweek, Darman covered the presidential campaigns of Hillary Clinton, John Kerry and Mitt Romney and wrote extensively about other major figures in national politics and media. He covered the 2004 presidential campaign for the magazine’s special election project, which garnered the National Magazine Award for Single Topic Issue. Jonathan has also appeared frequently as a commentator on politics and presidential history on broadcast television, cable news and public radio.

Jonathan is a graduate of Harvard College where he studied American history and literature. He lives in Brooklyn and the Hudson Valley. 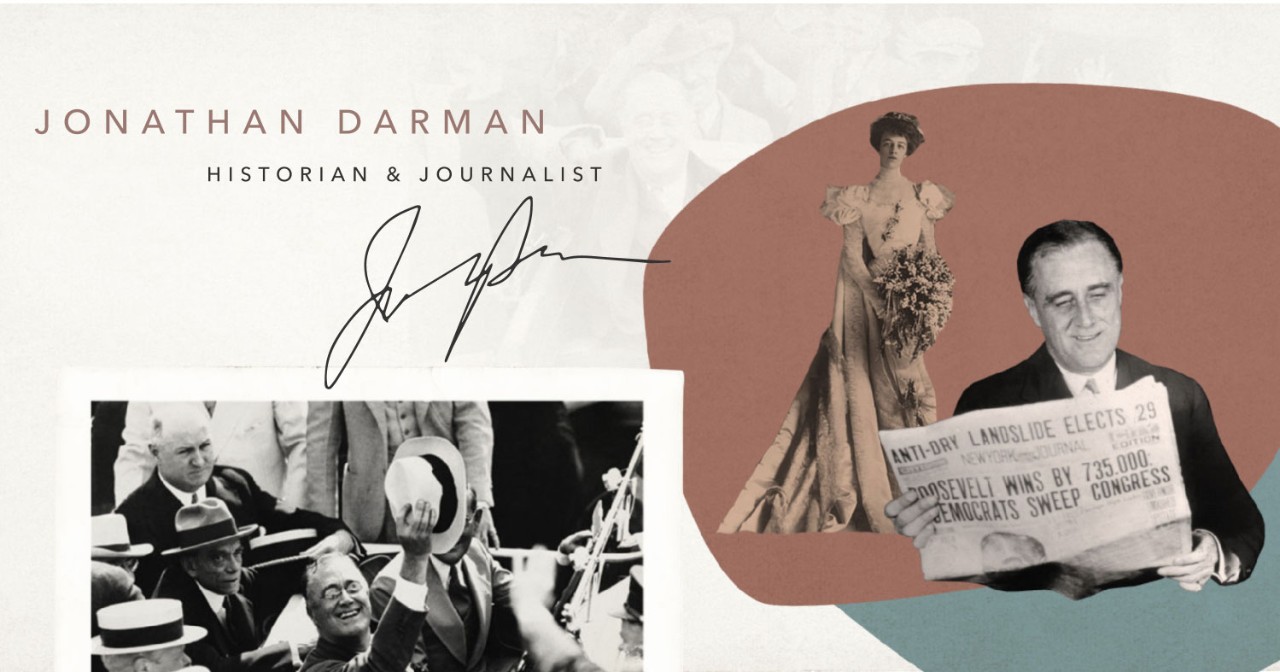