In 2021, the Pentagon enacted a policy effectively banning discrimination against soldiers, sailors, marines, and airmen who identified as transgender. The policy concluded, in part that “open service by transgender persons who are subject to the same high standards and procedures as other Service members with regard to medical fitness for duty, physical fitness, uniform and grooming standards, deployability, and retention is consistent with military service and readiness," While this decision was welcomed by those transgender individuals currently serving, it was too little, too late for those who quietly served fearing retaliation or harassment prior to DoD’s change in policy. While the terms gay and bisexual are widely understood by most people, the same cannot be said of individuals who identify as transgender or transsexual. Regrettably, many people tend to lump these individuals under the gay banner and fail to understand that identifying as transgender or transsexual has little to do with sexual orientation but has everything to do with gender identity.

The museum invites you to join in on a moderated intergenerational panel discussion where active duty and retired military transgender individuals talk about their experiences pre and post-2021 and reflect on how they believe the new policy helps or hinders the military’s efforts in being a more inclusive institutional body.

About the Moderator: A native of Minnesota, ISC(SW/AW) Melody Stachour reported to Recruit Training Command, Great Lakes in September 2004. She holds a bachelor’s degree in Music Education from Concordia College, Moorhead, MN.

Her early assignments include serving onboard the USS Nassau (LHA-4) in December 2004 as a Deck Seaman. Following that tour she reported to the Navy and Marine Corps Intelligence Training Center, Dam Neck, Virginia for Intelligence Specialist “A” school and Imagery Interpretation “C” school. After receiving her IS designation she reported to Commander, Second Fleet in October 2006 as an intelligence analyst. During her tour, she was selected to lead Commander, Second Fleet’s imagery shop until her release from active duty in November 2008. Stachour then reported to Joint Transformation Command – Intelligence in February 2009, where, in addition to her duties as an imagery analyst, she was designated as the unit’s Career Counselor and Leading Petty Officer. In January 2014 she reported to US Strategic Command Intel-DeKalb, where she was assigned as unit Career Counselor and Acting SEL. In 2017, she mobilized in support of Task Force. In July of 2018, she reported to Joint Intelligence Operations Center Europe 0166, where she performed duties as Training and Admin LCPO. She concluded her time at JIOCEUR 0166 serving as Senior Enlisted Leader (Acting). ISC Stachour was selected by the FY21 Senior Enlisted APPLY board to serve as the Senior Enlisted Leader for Navy Criminal Investigative Service Headquarters 0166, where she reported in October, 2020.

She is married and currently resides in Northern Virginia with her wife and three children.

Register through Eventbrite or email David Barker at david.a.barker16.civ@us.navy.mil.

Parking Option: Harris Teeters underground parking garage (401 M Street SE). Parking is free for 90 minutes.  Once you park, you will need to go into the store and validate your ticket.  Keep your ticket since you will need it to exit the garage.  After validating your ticket, exit the store and walk to the 11th and O Street entrance of the Navy Yard.  Be at the entrance by 11am and wait on the sidewalk outside the entrance gate.  Have your driver’s license or other form of government issued I.D. with you.

A museum educator will be at the gate at 11:00am to escort you onto the base and to the museum.

A second and final pick-up from the gate will made at 11:20am.

Note: Note: Due to security requirements at the Washington Navy Yard, you will need to be escorted onto the base then to the museum building. If taking Metro, exit the Navy Yard/Ballpark stop.  Exit the metro then walk to the base entrance at 11th and O Street SE (about 10 minutes). Plan to arrive at the entrance one hour before the start of the program. Be at the entrance by 11am and wait in the area adjacent to the Visitor Center.  A museum educator will be there to bring you onto the base.  If you need to contact the museum on the day of the program, call our front desk at 202.685.0589. 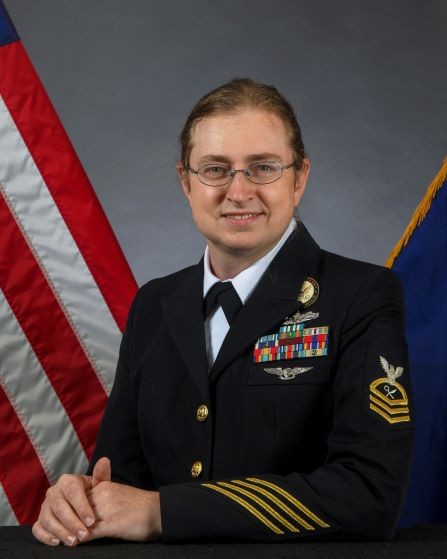