The U.S. Navy and World War I

Although the United States entered World War I relatively late in the war, U.S. shipyards met the demand for the construction of ships that quickly needed to be built for the war and troop transportation.   Joining the Allied navies, the U.S. Navy engaged German submarines, U-boats, in the Atlantic, off the coasts of England, France,  Ireland, Spain, in the Mediterranean, and off the eastern coast of the United States.   Besides these warships, the Navy utilized submarine chasers and submarines to thwart the enemy.   The Navy also protected the Atlantic Convoys and the transportation of President Woodrow Wilson and dignitaries for conferences and The Versailles Peace Treaty.    As the war progressed, the Navy contributed 14-inch railway guns.   We invite our visitors to sit in one of the railway cars at Willard Park, across from the museum.

Interesting artifacts in the World War I exhibit include:

Ship Models in the U.S. Navy and World War I exhibit area: 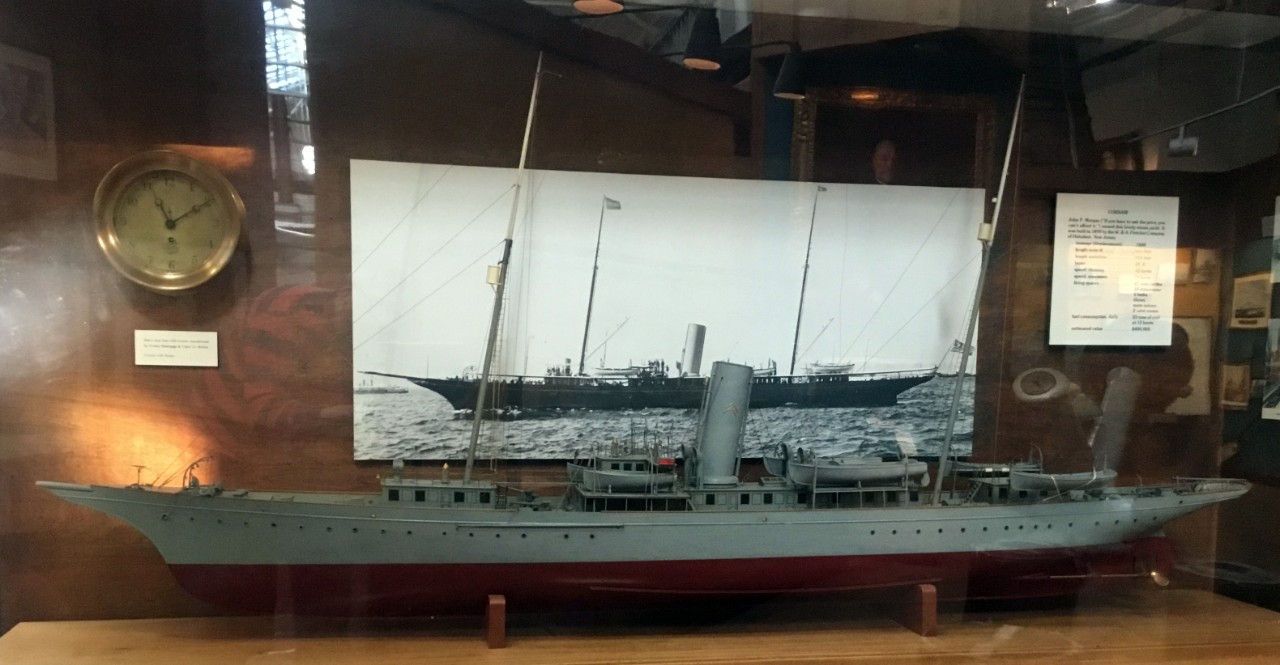 USS Corsair (SP-159).  Please click on model for photographic history of the ship.

USS Manley (Destroyer #74).  Please click on model for photographic history of the ship.

USS Sampson (Destroyer #63).  Please click on model for photographic history of the ship.