In Harm's Way:   The U.S. Navy and World War II:  The Pacific Theater 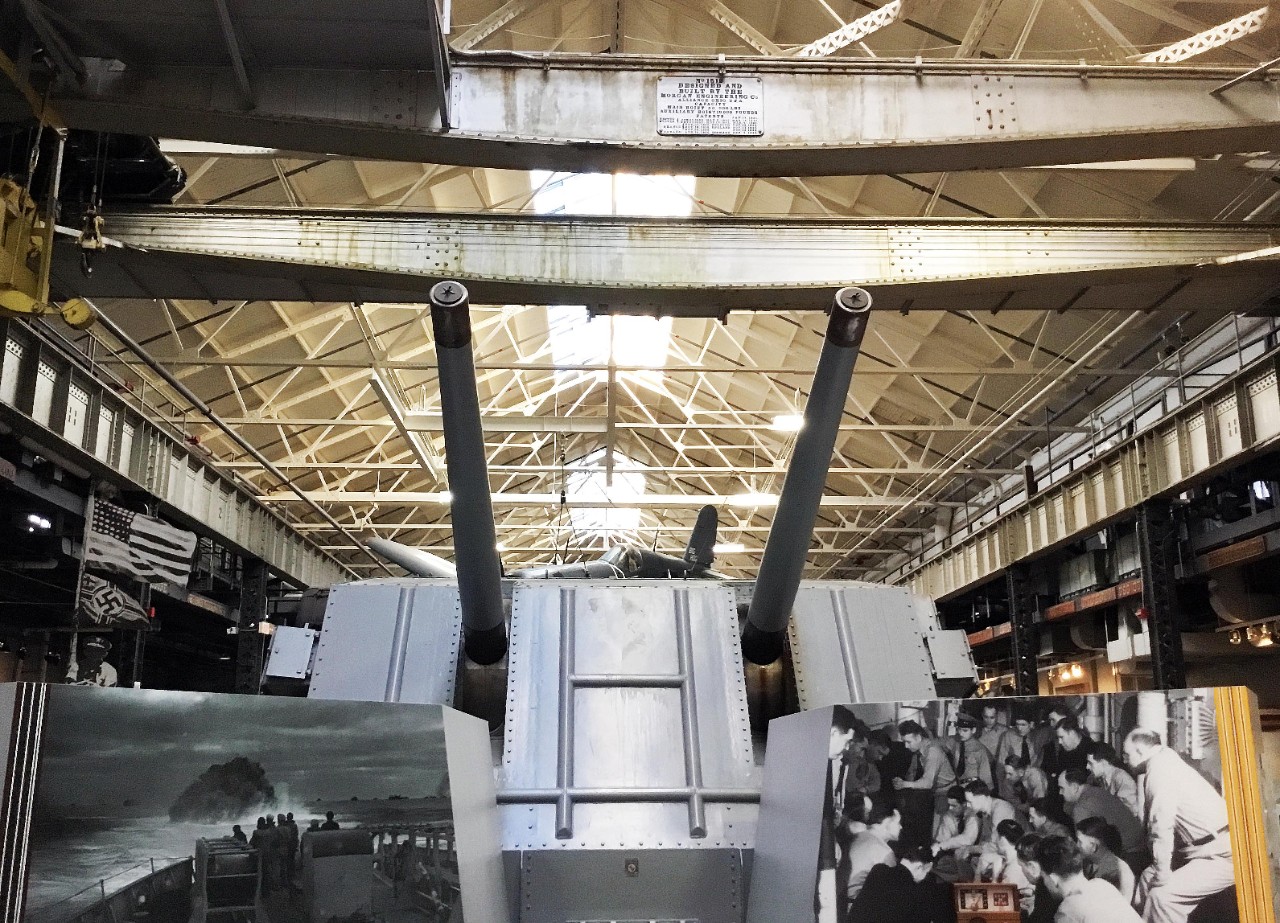 A radio broadcasting President Franklin D. Roosevelt's address to the nation declaring war on Japan begins the Pacific Theater portion of "In Harm's Way" on the east side of the museum.   This exhibit displays in a chronological manner the technology and tactics used across the Pacific while Americans battled Japanese forces with naval battles and air attacks and land campaigns.  Submarine warfare is covered in detail, while a video presentation takes visitors inside a World War II submarine to explore its living conditions.  Photographic displays depict battles for islands in the Pacific and the war in the Aleutians.  A twin 5-inch 38 caliber gun turret sits on the museum floor for visitors to climb on and look inside.   Video presentations portay elements of the war in the Pacific.  Also displayed is a replica of an atomic bomb casing identical to "Little Boy" dropped on Hiroshima on August 6, 1945.    Hanging above the exhibit are examples of aircraft used by both American and Japanese forces.

Interesting artifacts from the Pacific Section of the World War II exhibit "In Harm's Way" include:

Click on the ship model below for a photographic history of the ship.

Description: USS Washburn (AKA-108). Click on model for photographic history of the attack cargo ship.