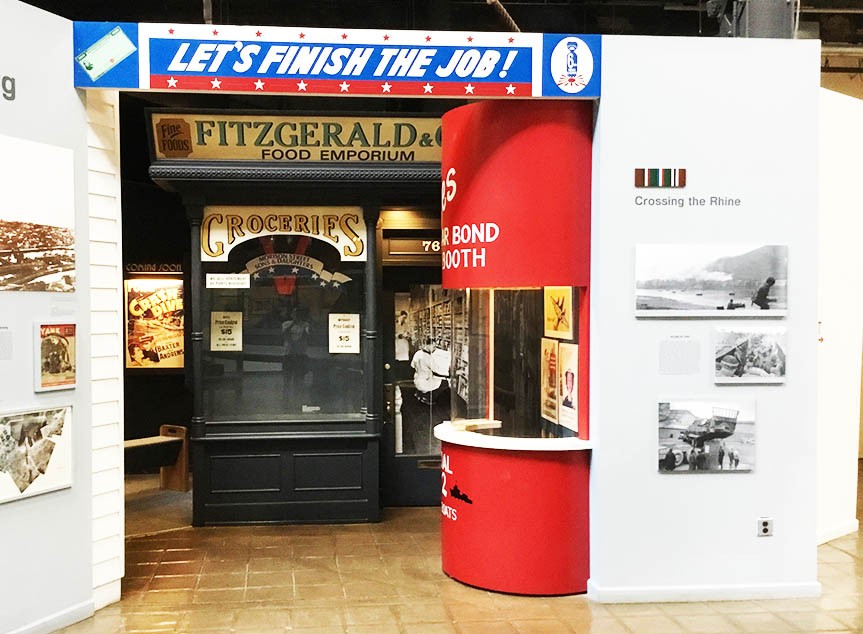 Located within the Atlantic Theater portion, the Home Front focuses on the massive effort to increase public and corporate contributions to the war effort between the period 1941-45.  Examples of how the advertising media and the entertainment industry participated in the effort by extolling the virtues of buying bonds, giving blood, and rationing food are avaliable in this section.   Visitors may sit in a simulated movie theater and watch propoganda films, newsreels, and fictional sagas that focus on World War II.  Also on display are posters that encouraged women to leave the home and work in defense industry factories, and to fill in the employment gaps left by conscripted males.  Service by U.S. Navy WAVES (Women Accepted for Volunteer Emergency Service, is also detailed in this exhibit.

Interesting parts of the Home Front exhibit include: