America withdrew from the transatlantic slave trade in 1808.  With The Treaty of Ghent, ending the War of 1812, both the United States and Great Britain agreed to work towards ending the slave trade.   The U.S. Navy's role in the struggle against slavery began in 1820 when warships deployed off West Africa to catch American slave ships.   Enforcement of the slave trade ban was sporadic until the Navy deployed a permanent African Squadron in 1842.  This deployment was due to the Webster-Ashburton Treaty, between the United States and Great Britain signed that August to suppress the slave trade.   Despite the vigilance of American, as well as British and French, warships in African waters, the overseas slave trade increased in the 1850s, owing to the high demand for slaves in Latin America.   The U.S. Navy's participation lasted until the start of the U.S. Civil War, April 1861.

Interesting artifacts in the Anti-Slavery Patrol exhibit include:

Click on the model below to review a photographic history of USS Shark. 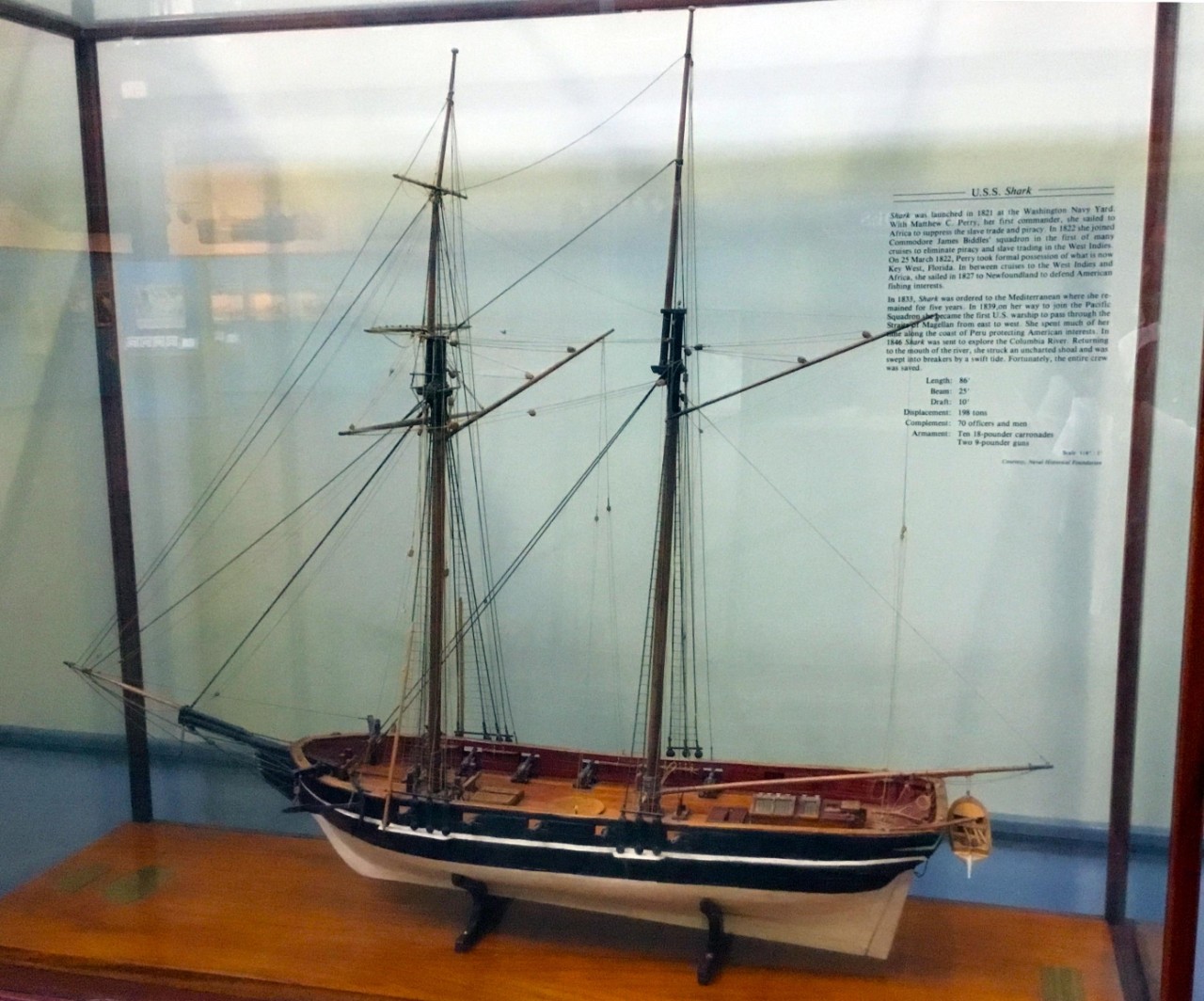