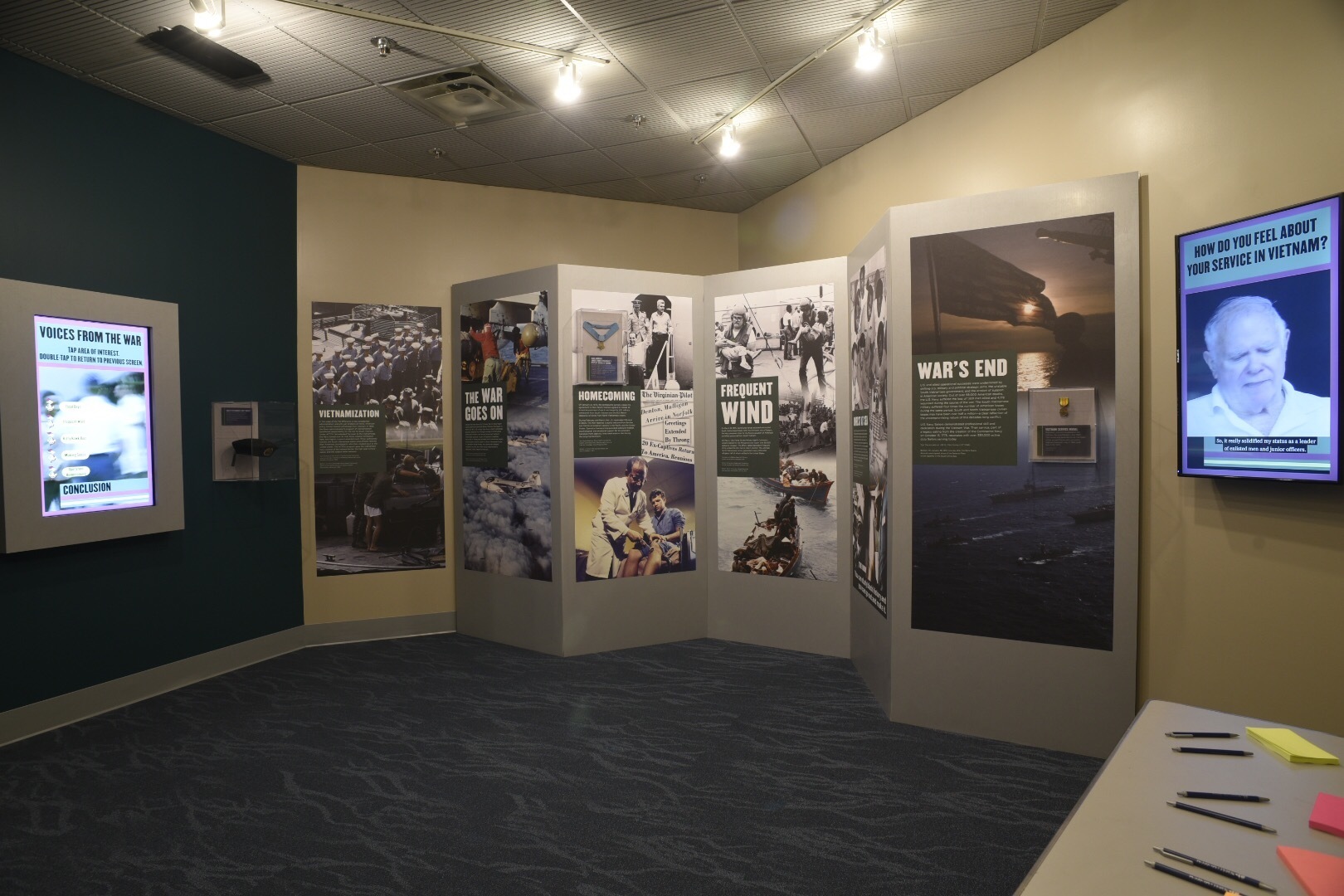 In the wake of the Tet Offensive, a new presidential administration, and anti-war protests at home, American policy moved toward withdrawal from Vietnam. In 1969, the Nixon administration’s program of Vietnamization transferred responsibility for the war to South Vietnam. Under ACTOV (Accelerated Turnover to the Vietnamese), the Navy turned over its river force, coastal combatant fleet, and logistic support establishment. When sufficiently trained, the South Vietnamese sailors and officers relieved their American counterparts, who then rotated back to the United States. The ACTOV program gave the Vietnamese Navy control of the inshore barrier, the high seas surface patrol, and the coastal radar network.

The War Goes On:

On January 27, 1973, the combatants signed a cease-fire agreement in Paris. North Vietnam agreed to release all American prisoners of war in exchange for U.S. military withdrawal from South Vietnam and the U.S. Navy’s clearance of mines from North Vietnamese waters. During February and March, the U.S. repatriated 138 naval aviators. The men received a joyous welcome from families and friends at reception centers in the Pacific and the United States. Operation Homecoming provided extensive medical, psychological, and emotional support for the prisoners’ transition from captivity. Nine naval aviators died during the long imprisonment.

On March 10, 1975, Communist forces attacked and routed South Vietnamese troops. With the imminent loss of Saigon, the Navy prepared ships for the final evacuation of American and allied personnel from South Vietnam. On May 2, Task Force 76 and Military Sealift Command vessels headed for the Philippines and Guam with 50,000 seaborne refugees. The effort, called Operation Frequent Wind, ended the U.S. Navy’s role in conflict. The ultimate North Vietnamese victory generated nearly 800,000 refugees, half of whom settled in the United States.

During the closing stages of the conflict, the U.S. Armed Forces experienced severe social unrest. Drug and alcohol usage in Southeast Asia attracted such attention that the Navy screened Sailors and Marines. Although fewer than 0.5% tested positive, anecdotal evidence suggested the true figure was much higher. In 1971, anti-war sentiment surfaced in the Navy with protests among crews of USS Coral Sea (CVA 43) and USS Constellation (CVA 64). In the fall of 1972, racial tensions led to violence on several ships including riots aboard the aircraft carrier USS Kitty Hawk (CVA 63) and the fleet oiler USS Hassayampa (AO 145).

U.S. and allied operational successes were undermined by shifting U.S. military and political strategic aims, the unstable South Vietnamese government, and the erosion of support in American society. Out of over 58,000 American deaths, the U.S. Navy suffered the loss of 1,631 men killed and 4,178 wounded during the course of the war. The South Vietnamese military suffered four times the number of American losses during the same period. South and North Vietnamese civilian losses may have been over half a million—a clear reflection of the uncompromising nature of this decades-long conflict. U.S. Navy Sailors demonstrated professional skill and dedication during the Vietnam War. Their service, part of a legacy dating from the creation of the Continental Navy on October 13, 1775, resonates with over 330,000 active duty Sailors serving today. 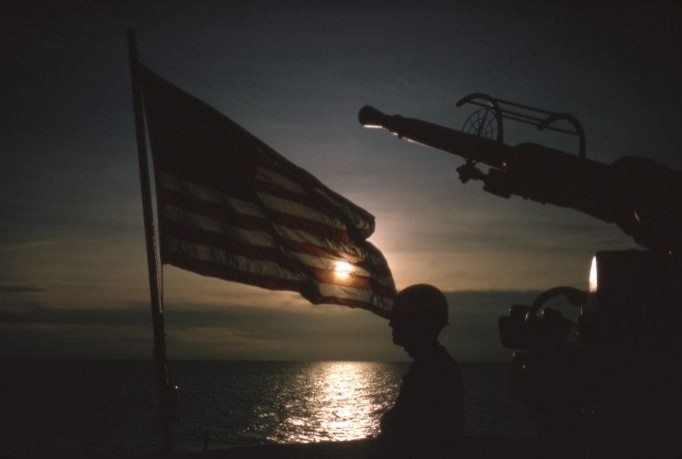 Steaming off Vietnam: The evening sun silhouettes the colors, a Sailor and an anti-aircraft gun aboard the tank landing ship USS St. Clair County (LST 1096) as the ship steams off the coast of Vietnam. Change of Hands: The current U.S. crewmen and the Vietnamese crewmen to be, stand in formation during the ceremony in which the riverine craft of Task Force 117 will be turned over to the Republic of Vietnam, June 1969. U.S. Navy Photo #K-7425.