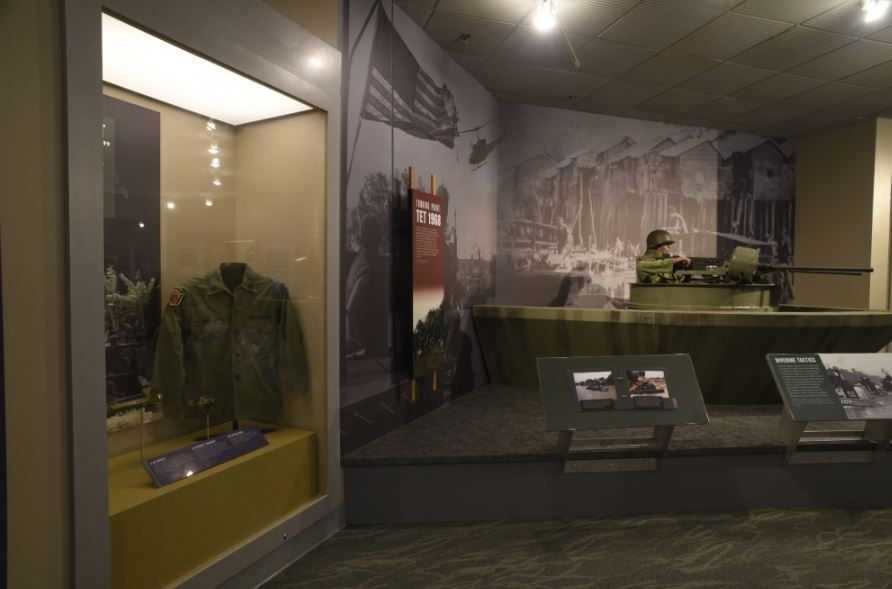 In the 1960s the Mekong Delta was home to 40% of South Vietnam’s population and produced most of the country’s rice. North Vietnam and the Viet Cong relied on inland roads and waterways for supply and transportation. Control of both land and river routes was vital to the war effort. In Operation Game Warden, river patrol boats (PBRs) and other vessels of the River Patrol Force (Task Force 116) fought to deny the enemy’s use of South Vietnam’s rivers. The Navy supplied special vessels for the Mobile Riverine Force (Task Force 117) to carry troops and support Army operations. Later in the war, Operation SEALORDS increased security in the delta until American forces withdrew in the early 1970s. During the war, the brown water navy patrolled 3,000 nautical miles of inland waters. It helped doom the Tet Offensive and defended the Mekong Delta. 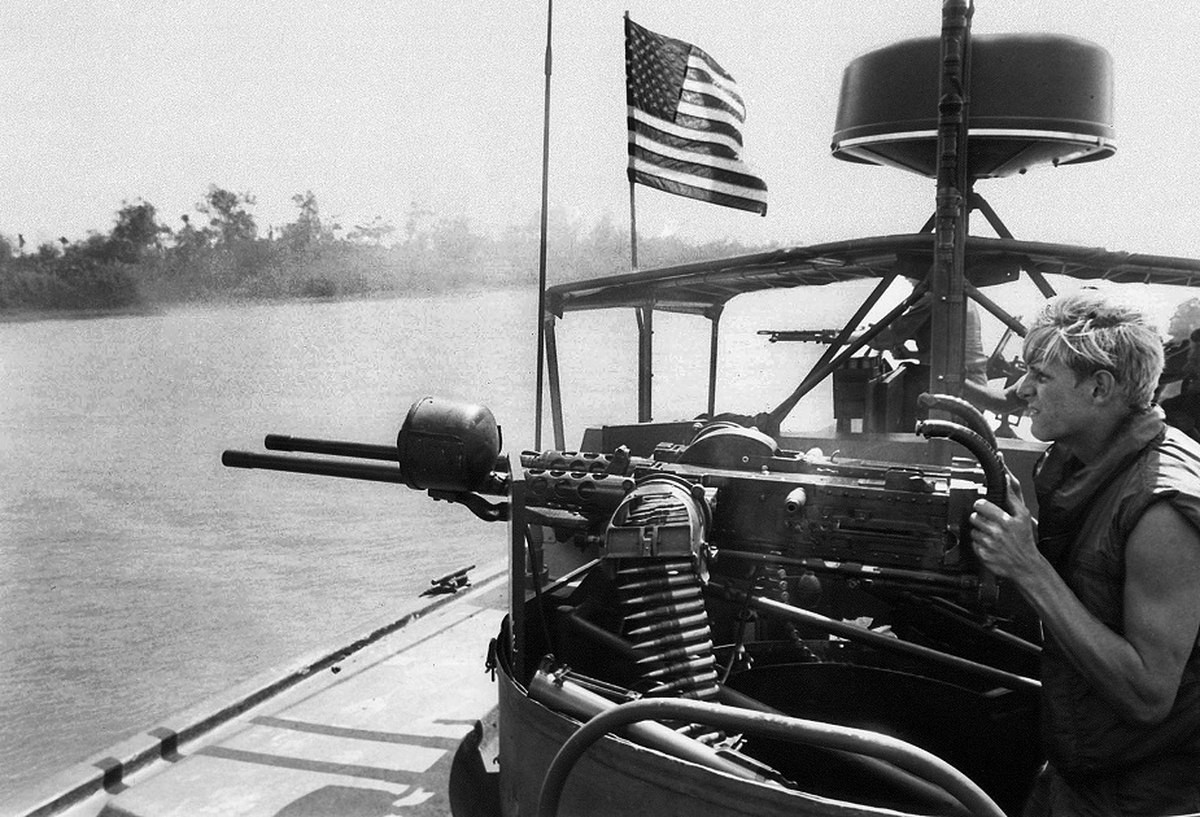 PBR Officer Shirt: Lieutenant Ron Wolin of River Section 534 designed the patch on this uniform himself: "A tailor shop made about 300 and I gave three to four to every Sailor." HRNM.L2017.005.003, on loan from Ronald Wolin.

Homemade Hand Grenade: As the Navy limited supplies, the Viet Cong often turned any available material, such as this soda can, into deadly weapons. NHHC.1971.165.W.