Although the first Sino-Japanese War lasted less than a year, around 3,000 woodblock prints depicting scenes from the war were created. Dating back to the 17th century, woodblock prints were used as a vehicle for both propaganda and news decimination. The artists of these "war prints" offered the viewer a collection of animated and multicolored battlefront scenarios, a variety of dramatic illustrations of imagined heroes and villains, and a message of victory. A selection of Sino-Japanese War woodblock prints from the Navy Art Collection are featured below. 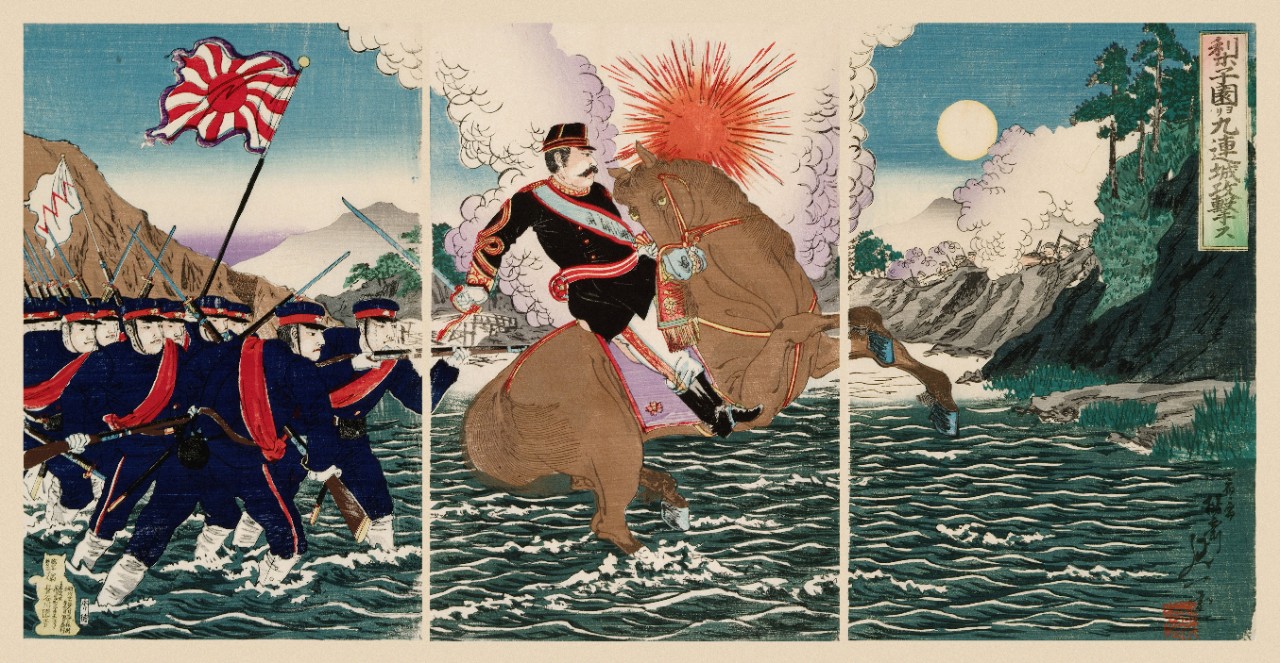 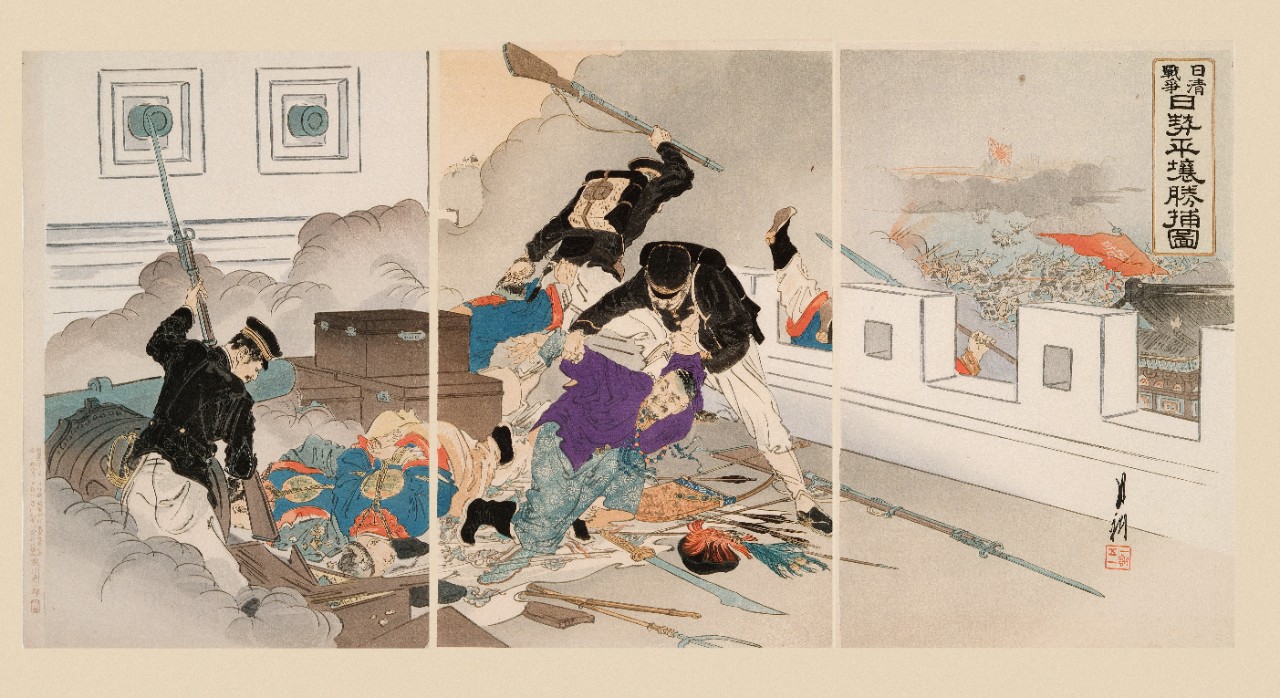 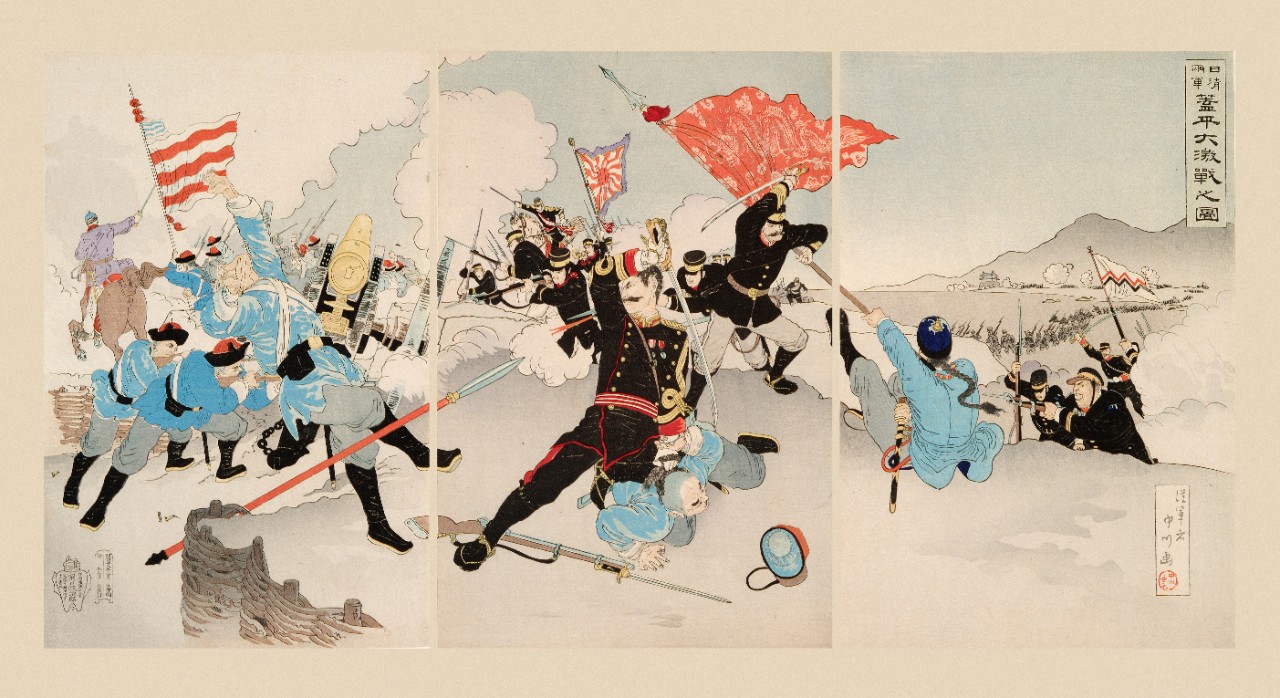 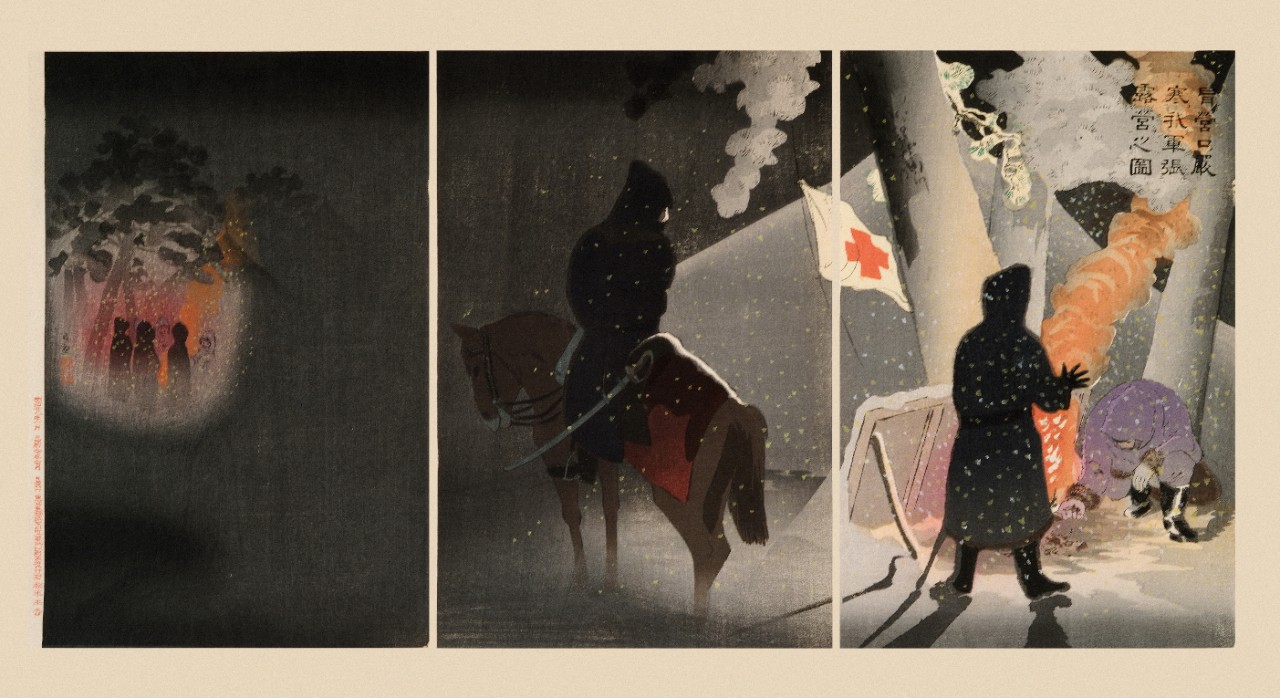 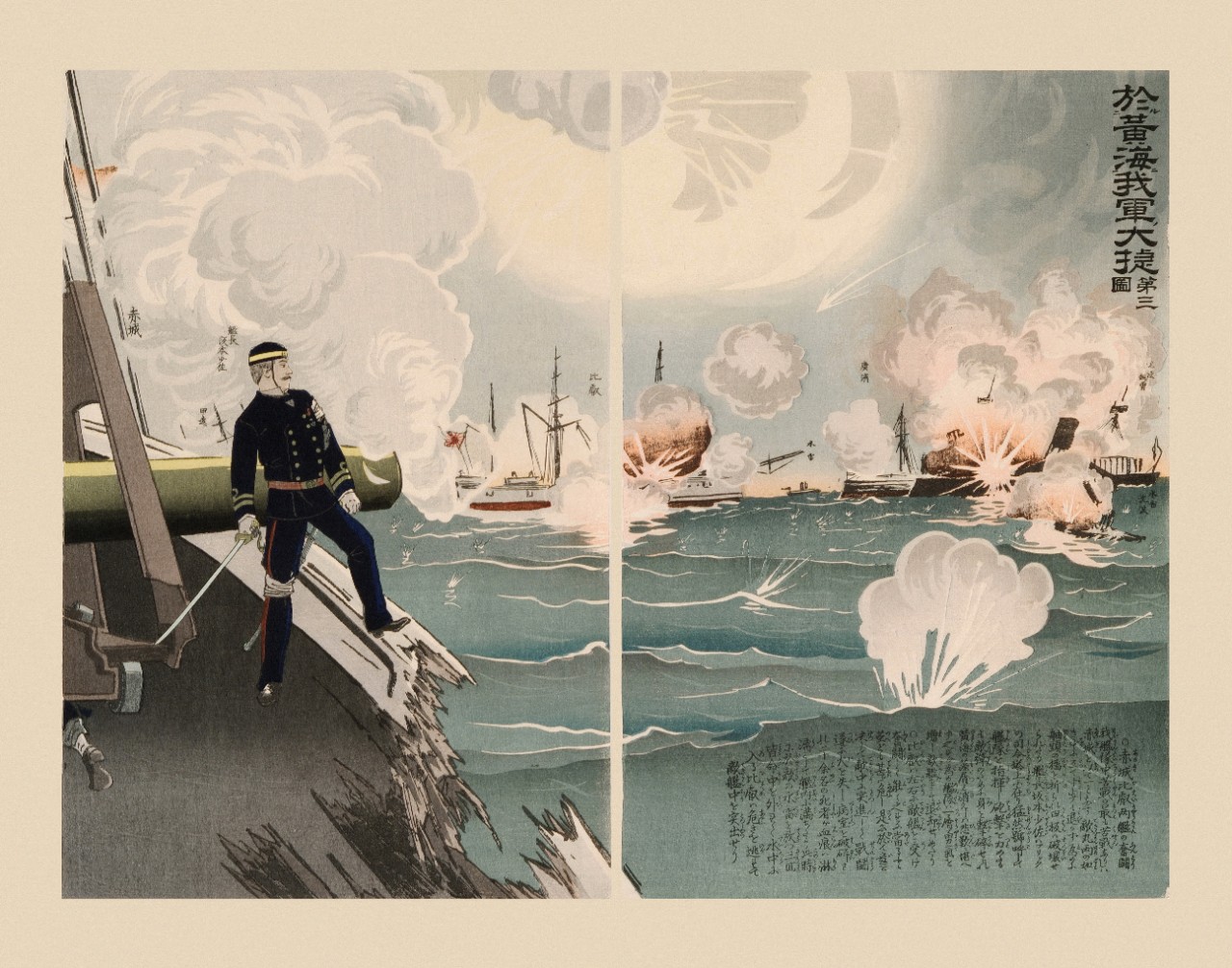 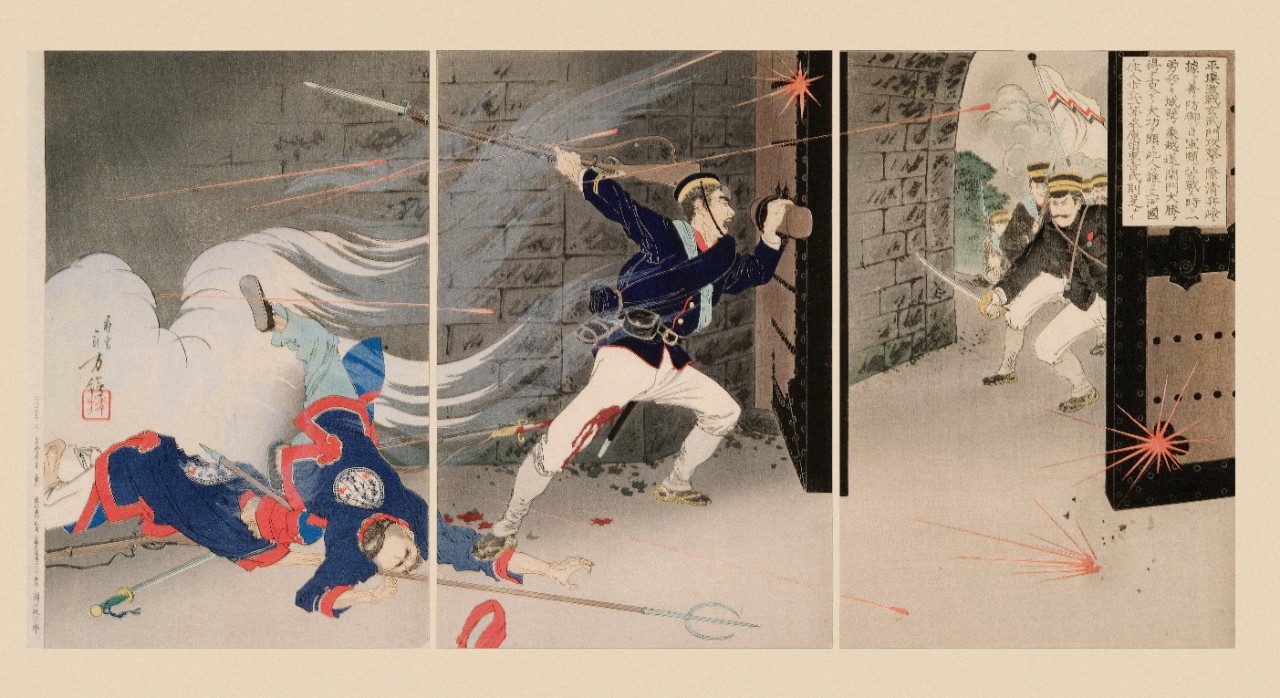 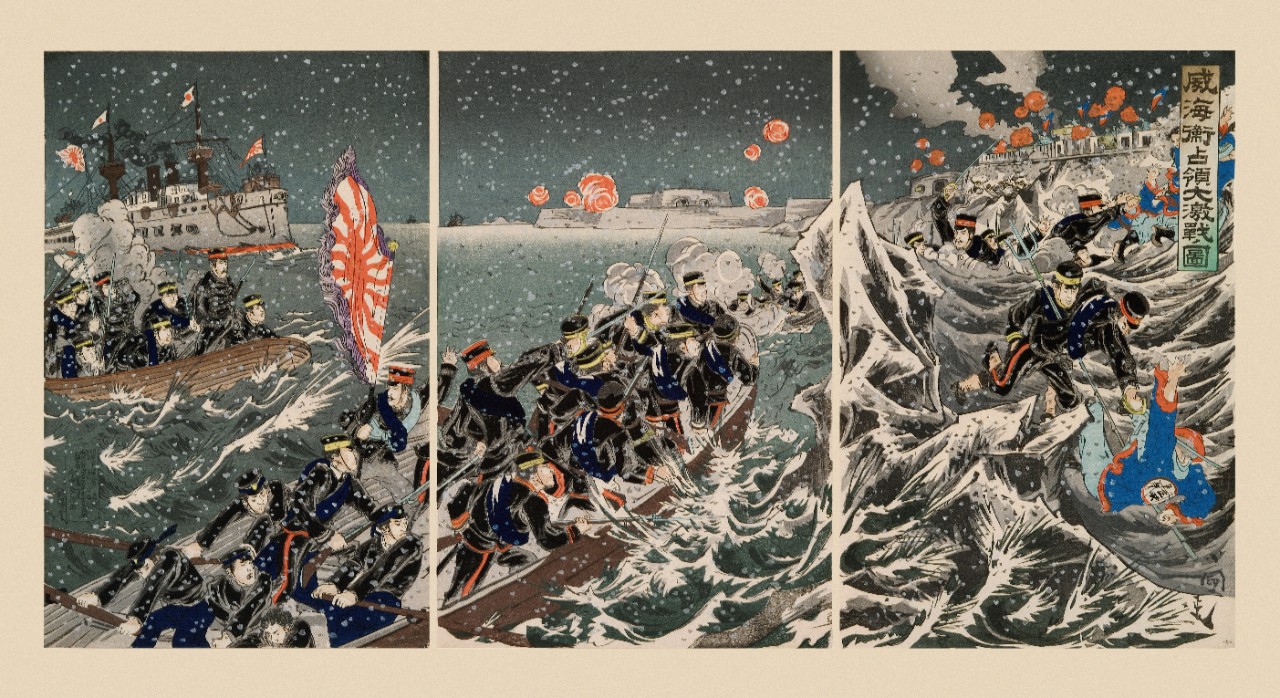 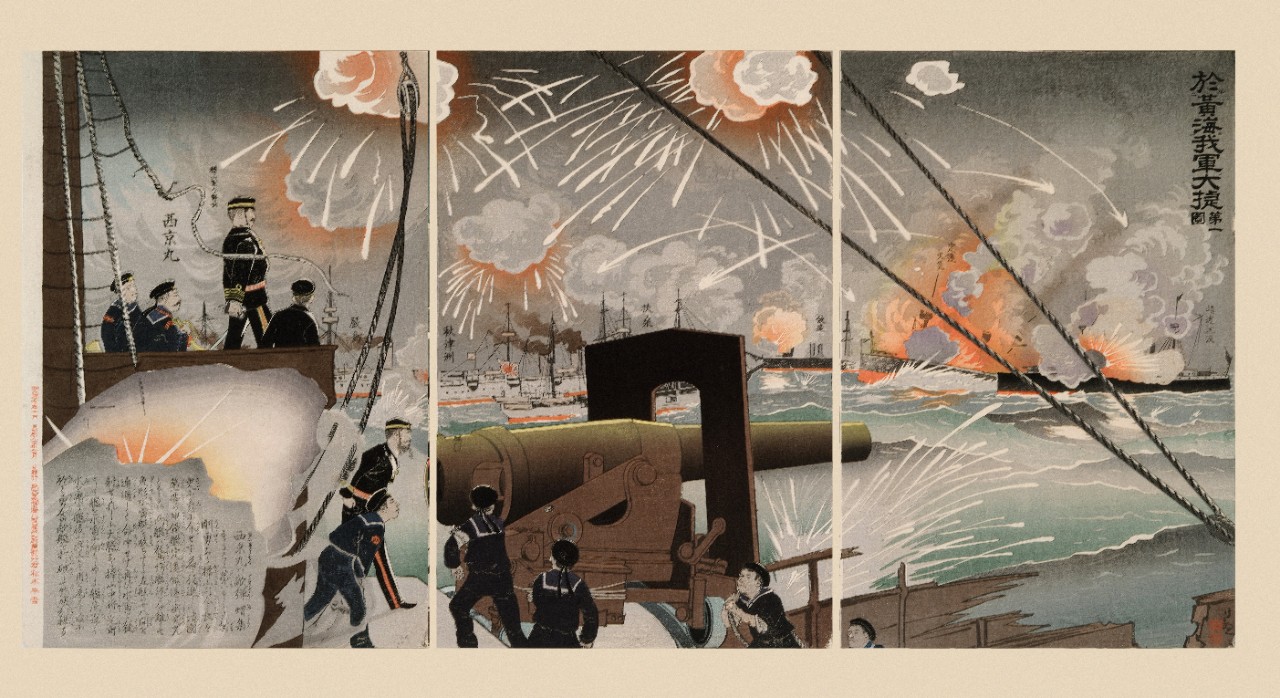 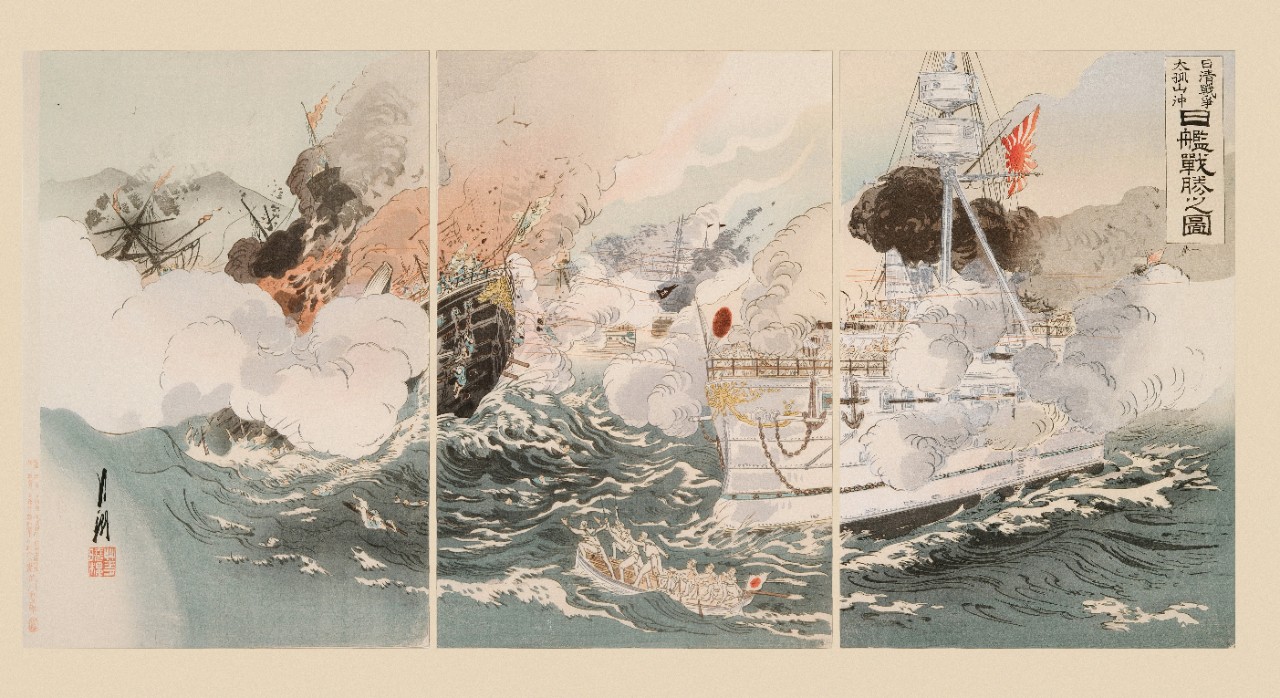 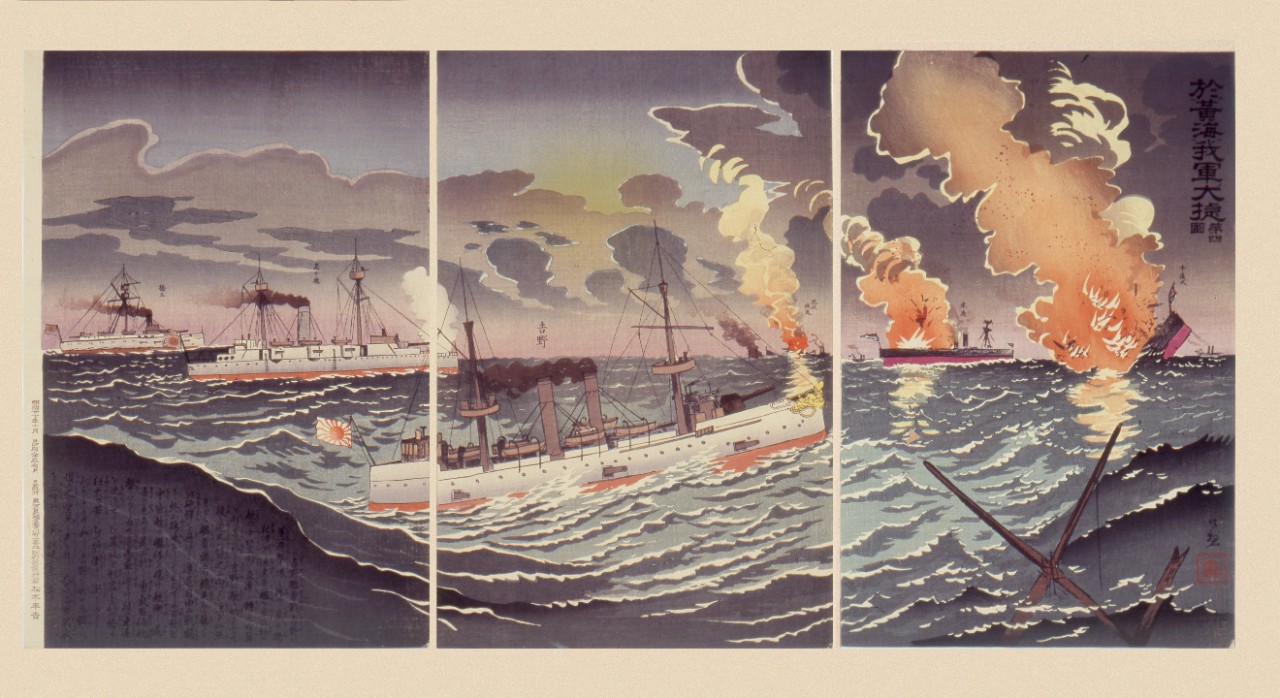 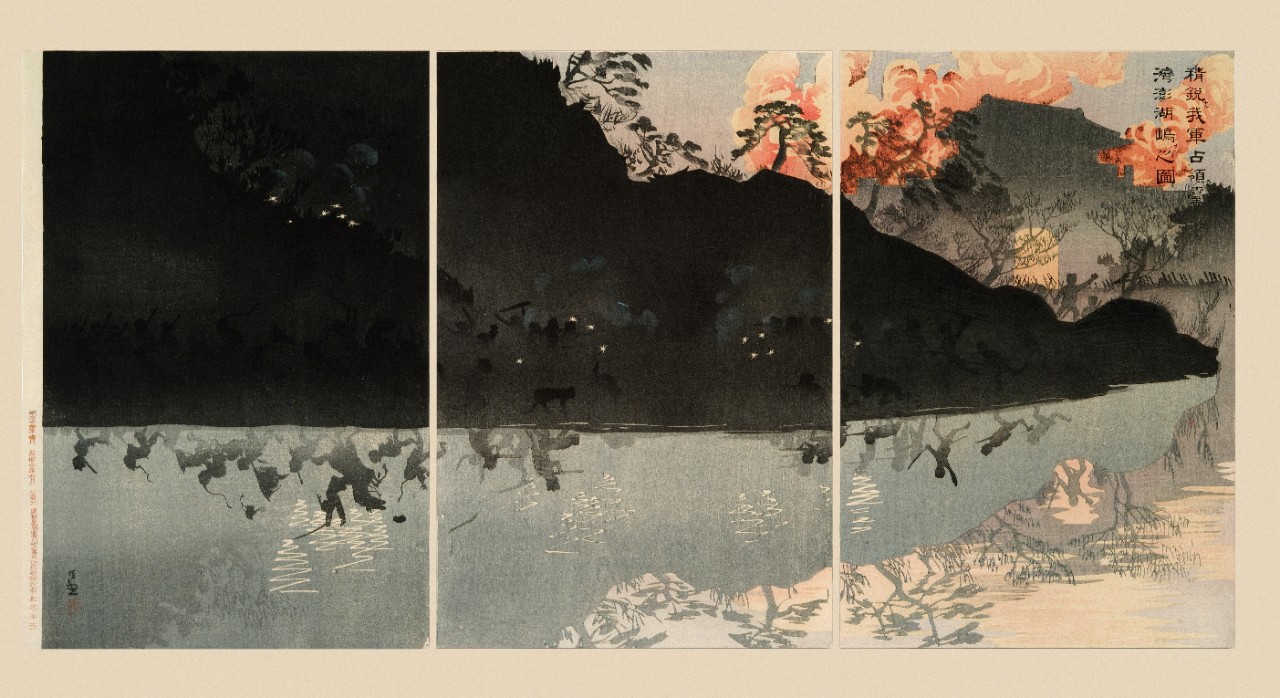 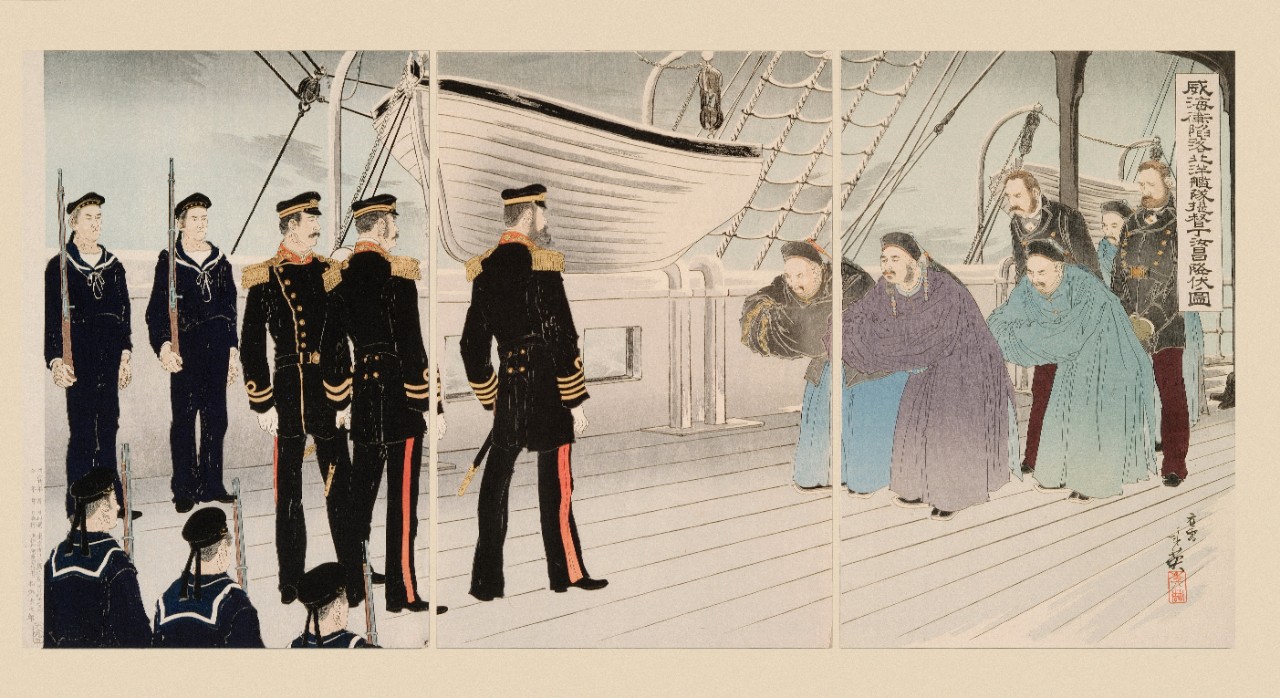 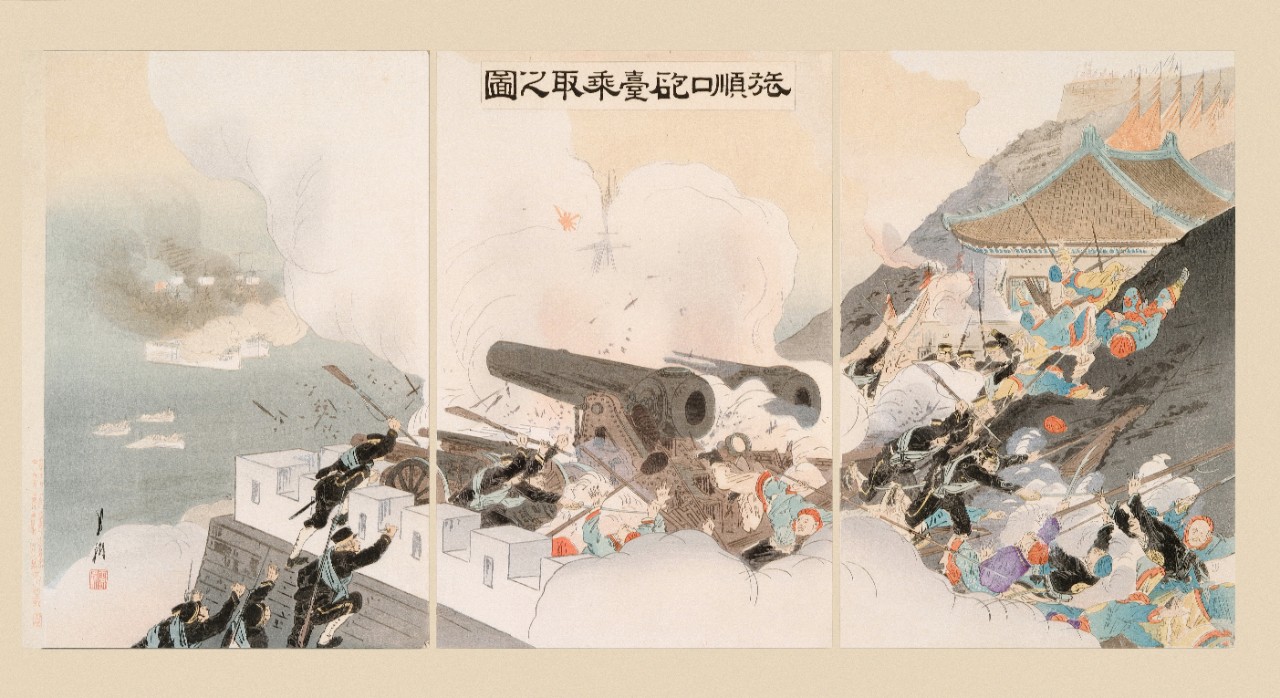 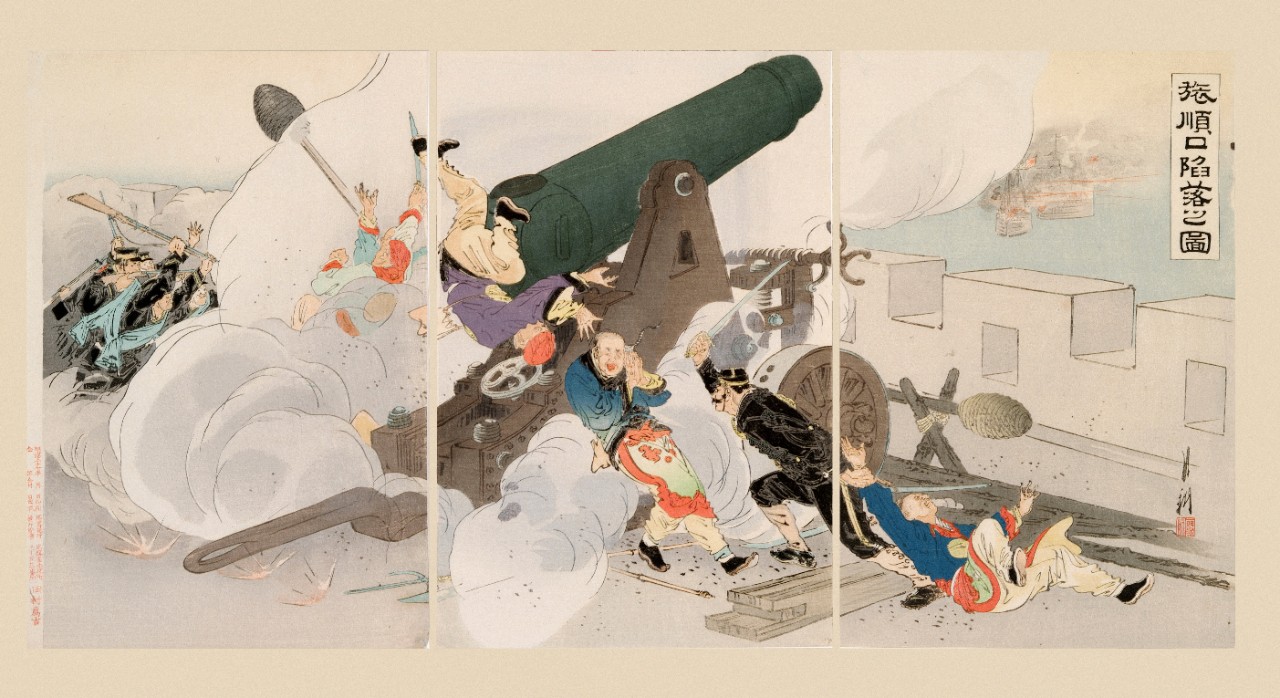 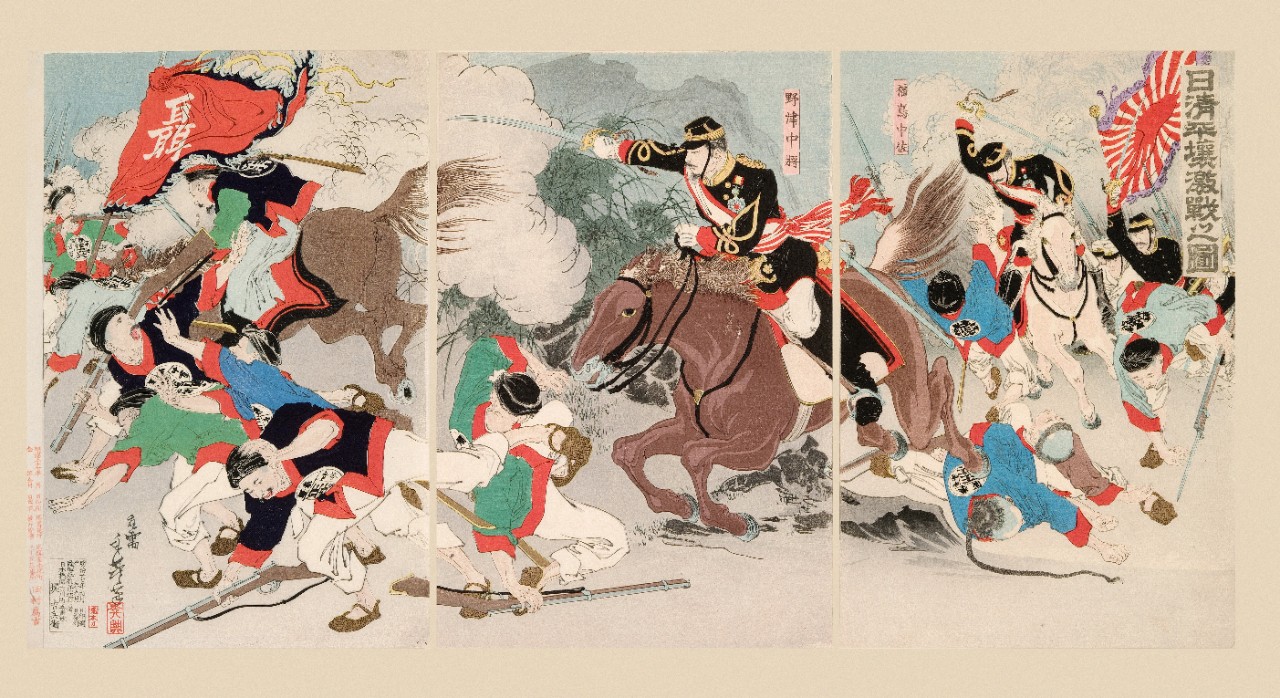 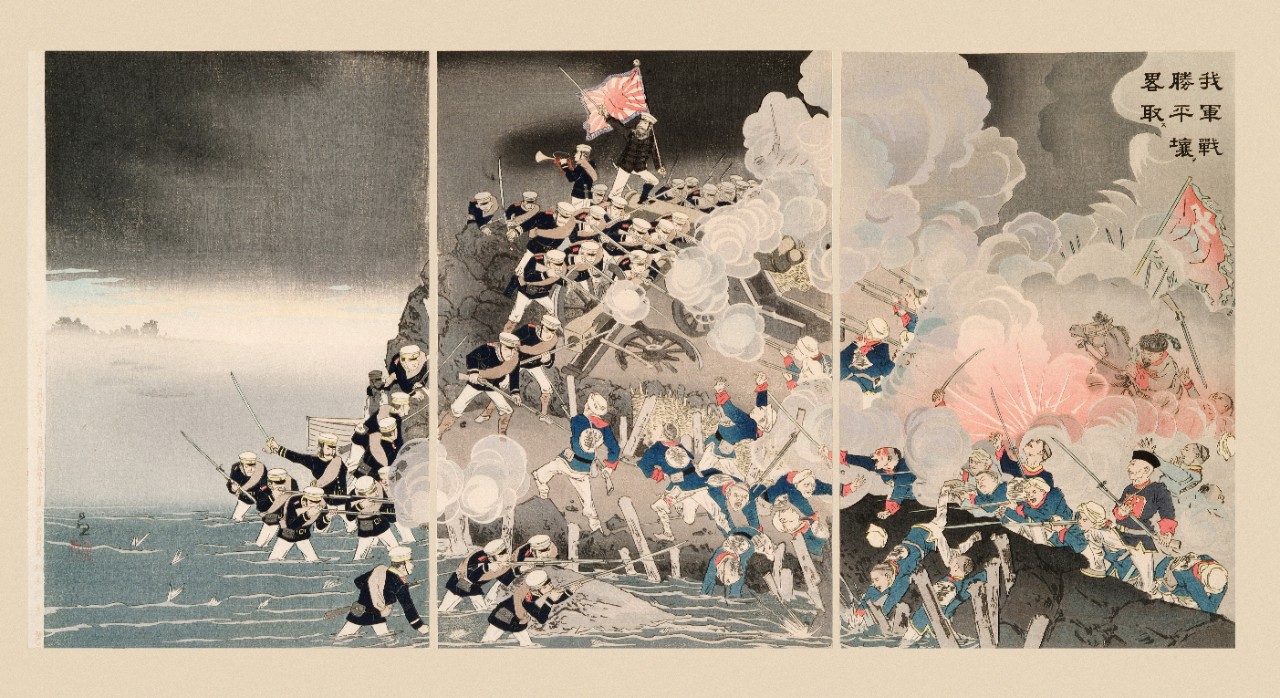 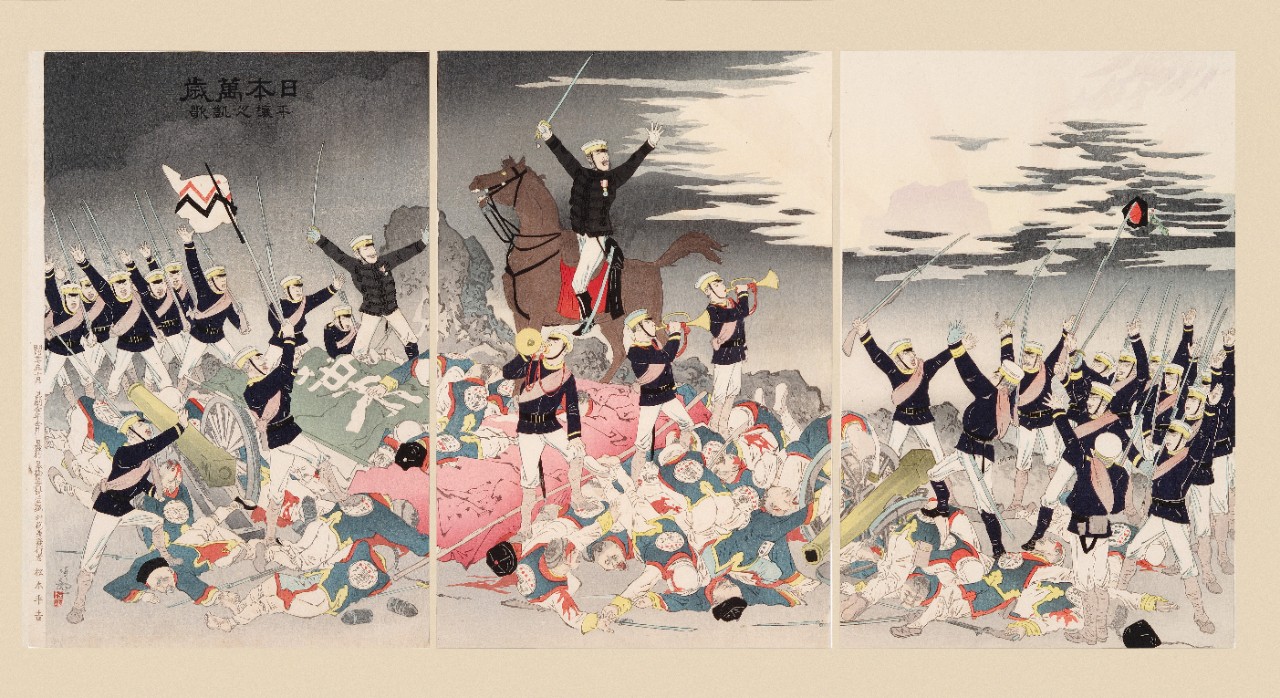