Flag-Officer David G. Farragut and the Capture of New Orleans

In April 1862, during the Civil War, a U.S. Navy force under the command of Flag-Officer David G. Farragut captured the Confederate city of New Orleans, Louisiana. Initial attempts to bombard defenders into submission failed and, with supplies running low, Farragut made the decision to force the issue and engage with his entire fleet, noting that “The flag-officer, having heard all opinions expressed by the different commanders, is of the opinion that whatever is to be done will have to be done quickly.” After heavy combat against Confederate land and naval forces, the Union navy prevailed, ultimately suffering only light losses. With its defenders gone, New Orleans surrendered. Farragut’s actions deprived the Confederacy of its largest city and enabled further Union advances up the Mississippi River.

Early in the war, Union authorities had identified the strategic importance of New Orleans. The capture of New Orleans, Secretary of the Navy Gideon Welles explained, would “open the way to the sea for the great West.... The rebellion will be riven in the center.” Welles placed a force of 17 warships and 20 mortar boats under the able command of Farragut, telling him that “The Department relies upon your skill to give direction to the powerful force placed at your disposal, and upon your personal character to infuse hearty cooperation amongst your officers.”1 Events would show Welles’s confidence had not been misplaced.

Farragut began active operations on 16 April, when he moved his fleet up to the main Confederate fortifications of Fort Jackson and Fort St. Philip. In addition to the formidable forts, the Union navy also faced a sizeable Confederate naval force, thought to include numerous gunboats and an ironclad. Complicating matters for Farragut, the Confederates had obstructed the river and prepared numerous incendiary fire rafts.

On 18 April, the attack commenced when the mortar boat squadron under the command of Commander David Dixon Porter began a five-day bombardment of the forts. Two days later, Farragut gave orders for his fleet to stand in readiness to “weigh and advance to the conflict.”2 In the early morning of 24 April, Farragut made the signal from his flagship, USS Hartford, and the Union fleet pushed ahead. Despite taking heavy fire from the Confederate forts and a melee with defending Confederate vessels, Farragut shattered Confederate resistance. At one point, a Confederate fire raft collided with Hartford, resulting in “flames bursting through the ports and running up the rigging, endangering the ship much from fire.”3 Ordered to fire stations, the crew quelled the flames and continued to return fire. Confederate losses in this engagement ran to more than a dozen vessels, while Farragut suffered the loss of only one ship, Varuna.

The following day (25 April), Farragut pushed upriver to New Orleans itself. Confederates in earthworks near the city opened fire on the Union fleet, but in short order, as Farragut wrote, “The forts were silenced, and those who could run were running in every direction.” Soon after, Farragut anchored at New Orleans and accepted the surrender of the city.

Farragut’s capture of New Orleans demonstrated the importance of steadfast leadership. Rather than turning back when supplies ran low or deciding on an alternate approach that would take more time, Farragut decided to attack, faithfully executing his orders. Despite heavy resistance, the Union fleet prevailed. Although Farragut doubtlessly bore some responsibility for the success, he also praised his sailors, noting, “Their steadiness, courage, and intrepidity could not have been surpassed, and, I apprehend, have rarely been equaled.”4

1 Official Records of the Union and Confederate Navies in the War of the Rebellion, Series I, Volume 18, 15.

Official Records of the Union and Confederate Navies in the War of the Rebellion, Series I, Volume 18. 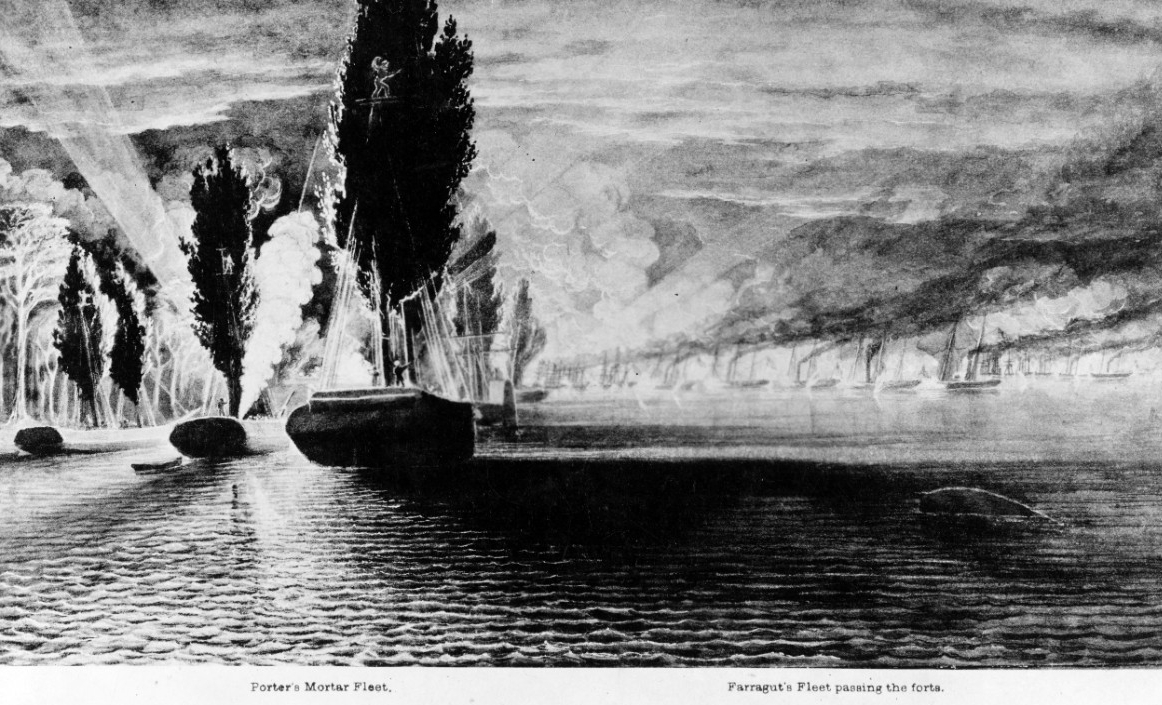