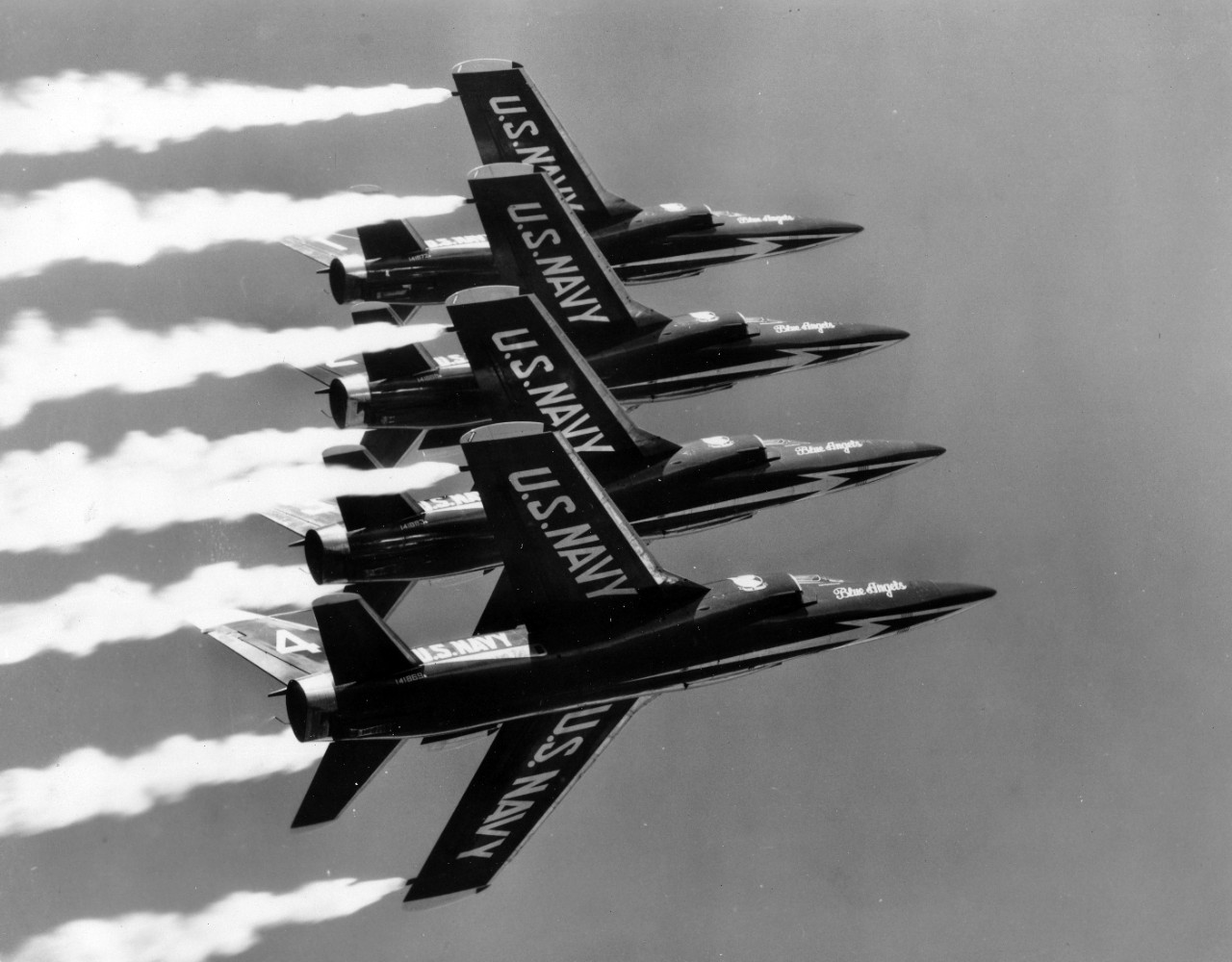 The United States Navy Flight Exhibition Team’s first demonstration took place on 15 June 1946 at Naval Air Station Jacksonville, Florida, which was also the squadron’s first home base. Chief of Naval Operations Admiral Chester W. Nimitz ordered the formation of the team after WWII, with the goal of increasing public awareness and appreciation of naval aviation. The new exhibition team was the second formal flight demonstration team in international aviation history. The first, Patrouille de France, was formed in 1931.

The team was first introduced with it's now more commonly known name, Blue Angels, at an airshow in Omaha, Nebraska, in July 1946. Right Wing Pilot Lieutenant Maurice “Wick” Wickendoll was inspired by a name he read in a New York Magazine column. Lieutenant Commander Roy “Butch” Voris, who led the team in a Grumman F6F-5 Hellcat, agreed with Wick, stating, “"That sounds great! The Blue Angels. Navy, Blue, and Flying!"

In their first year, the Blue Angels simulated WWII battles with an SNJ-5 Texan that had been painted and configured to resemble a Japanese Mitsubishi A6M Zero, and was affectionately named “Beetle Bomb.” In August 1946, the team transitioned to Grumman F8F-1 Bearcats, including “Beetle Bomb.”

The first Blue Angels casualty occurred on 29 September 1946, when Slot Pilot Lieutenant(j.g.) Ross “Robby” Robinson failed to recover from a dive while performing at NAS Jacksonville. Robinson was the first of 26 Blue Angel fatalities throughout the team’s history.

The Blue Angels' famous diamond formation was introduced in 1947 by Flight Leader Lieutenant Commander Robert “Bob” Clarke, and led to other new maneuvers such as the Diamond Loop and the Diamond Barrel Roll. These maneuvers are still performed by the Blue Angels.

The team’s home base moved to NAS Corpus Christi, Texas, in 1948, and the team’s insignia was designed by Flight Leader Lieutenant Commander Raleigh “Dusty” Rhodes the following year in 1949. Through the years, the original insignia has changed only to reflect the silhouettes of current Blue Angels aircraft.

The mission of the Blue Angels is to showcase the teamwork and professionalism of the United States Navy and Marine Corps through flight demonstrations and community outreach while inspiring a culture of excellence and service to country. 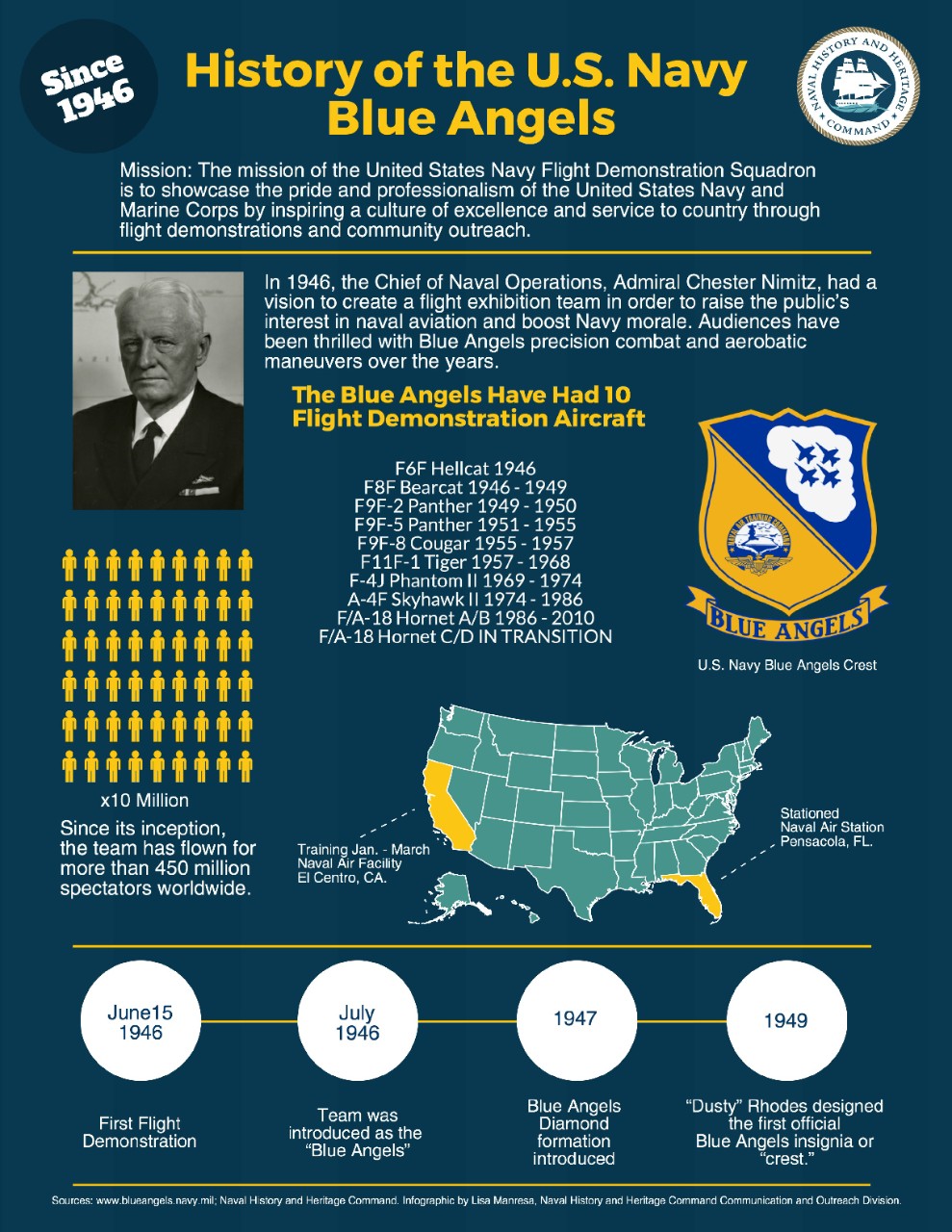 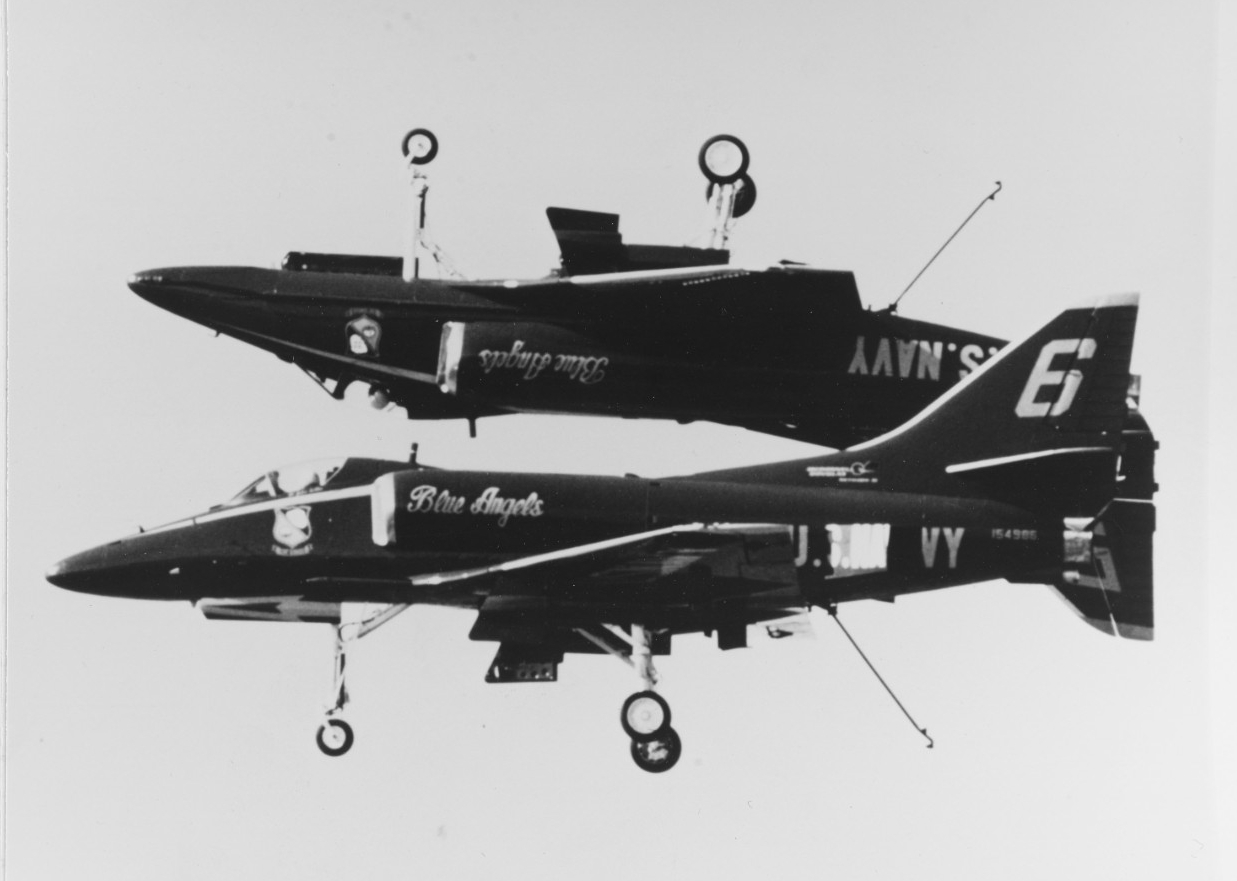 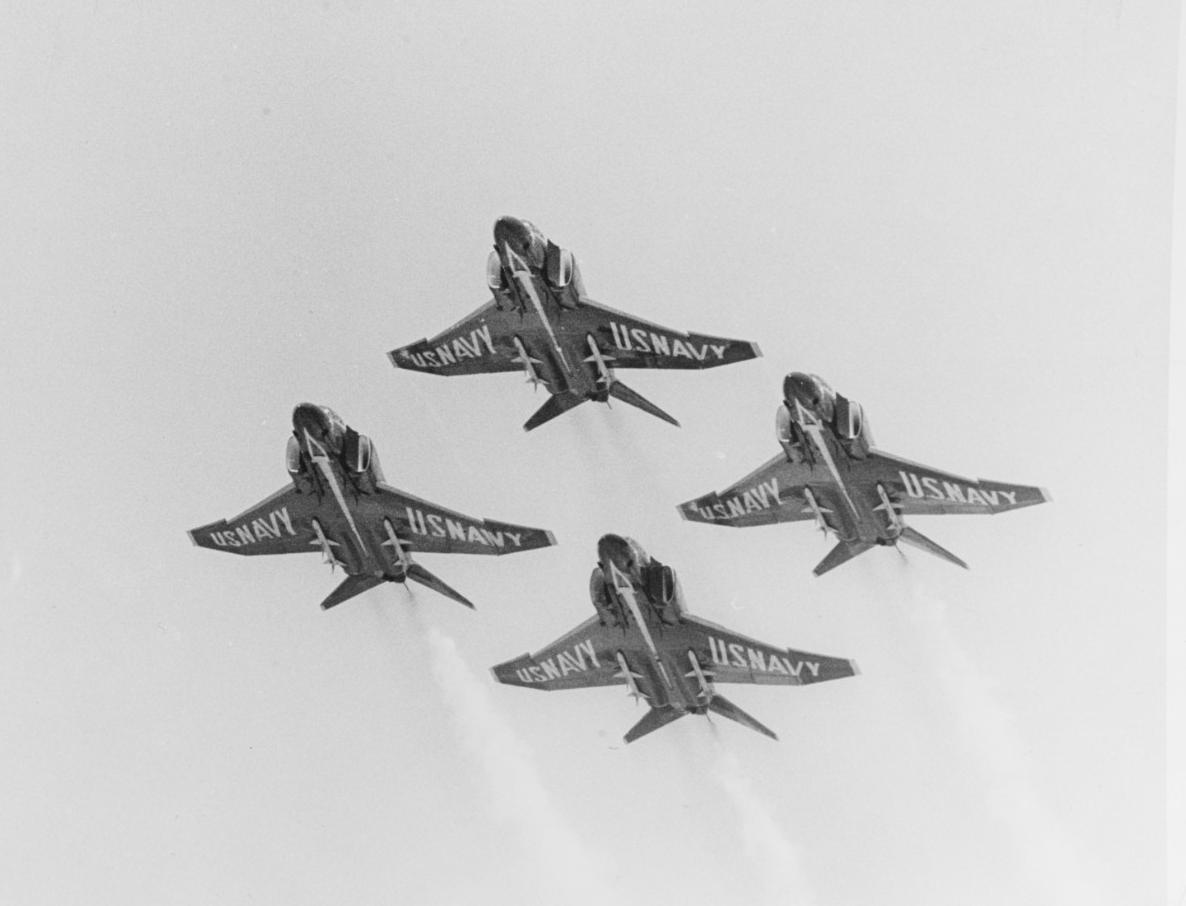 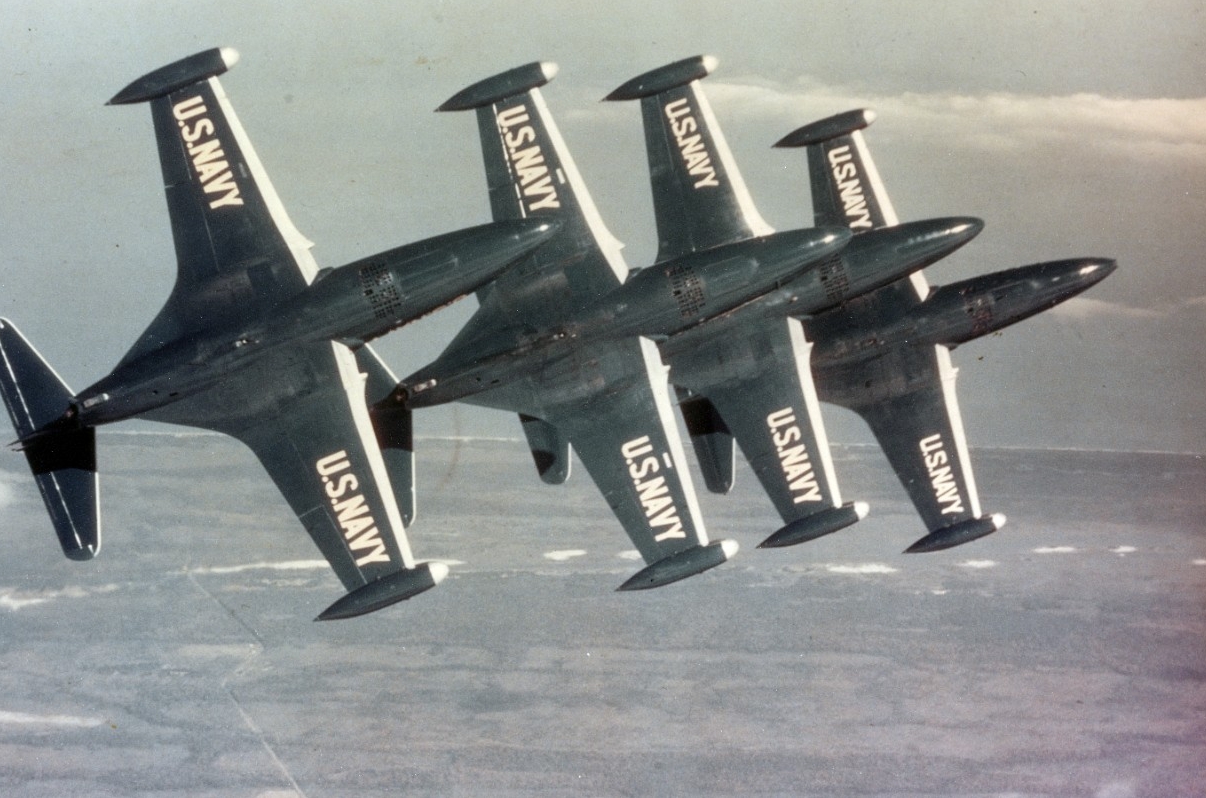 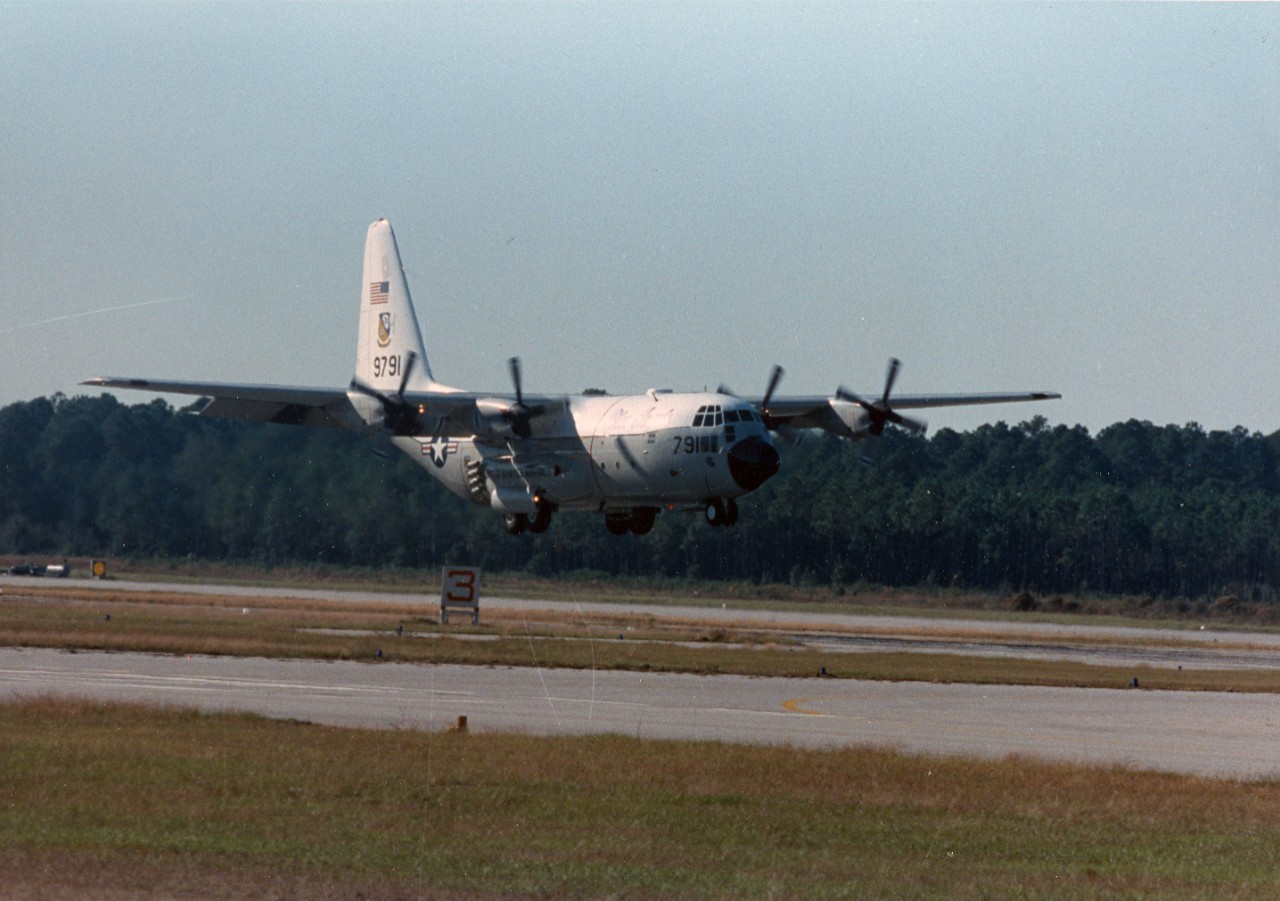 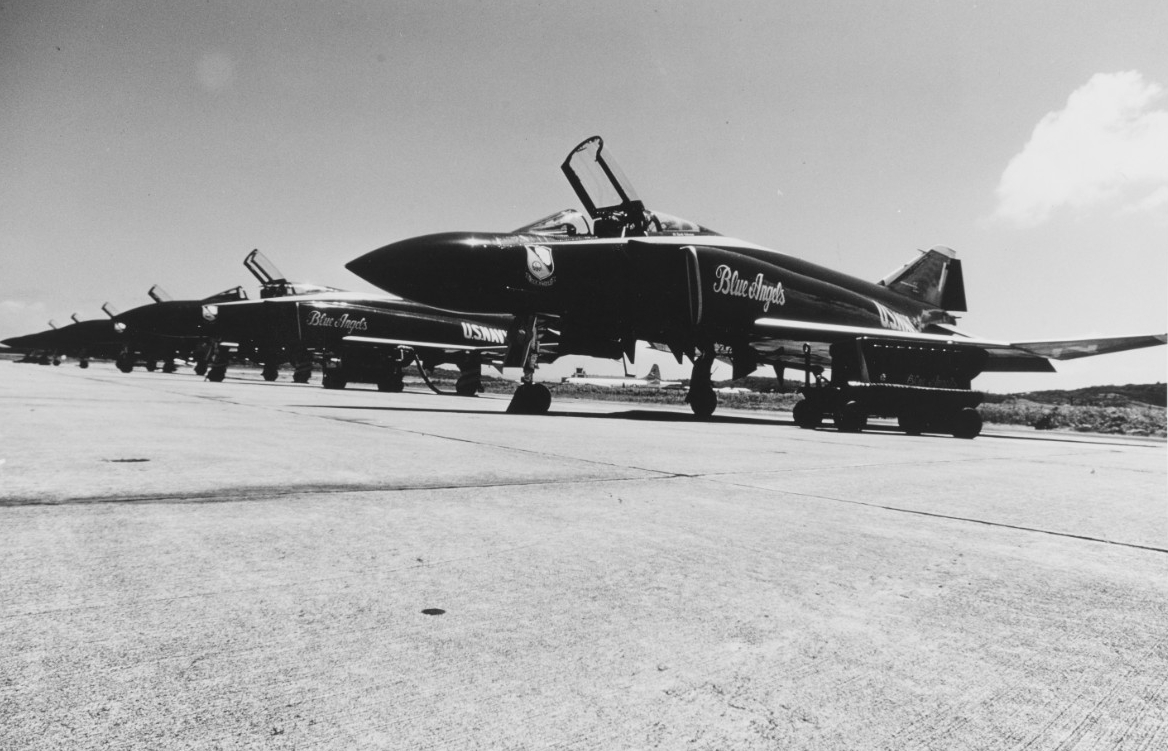 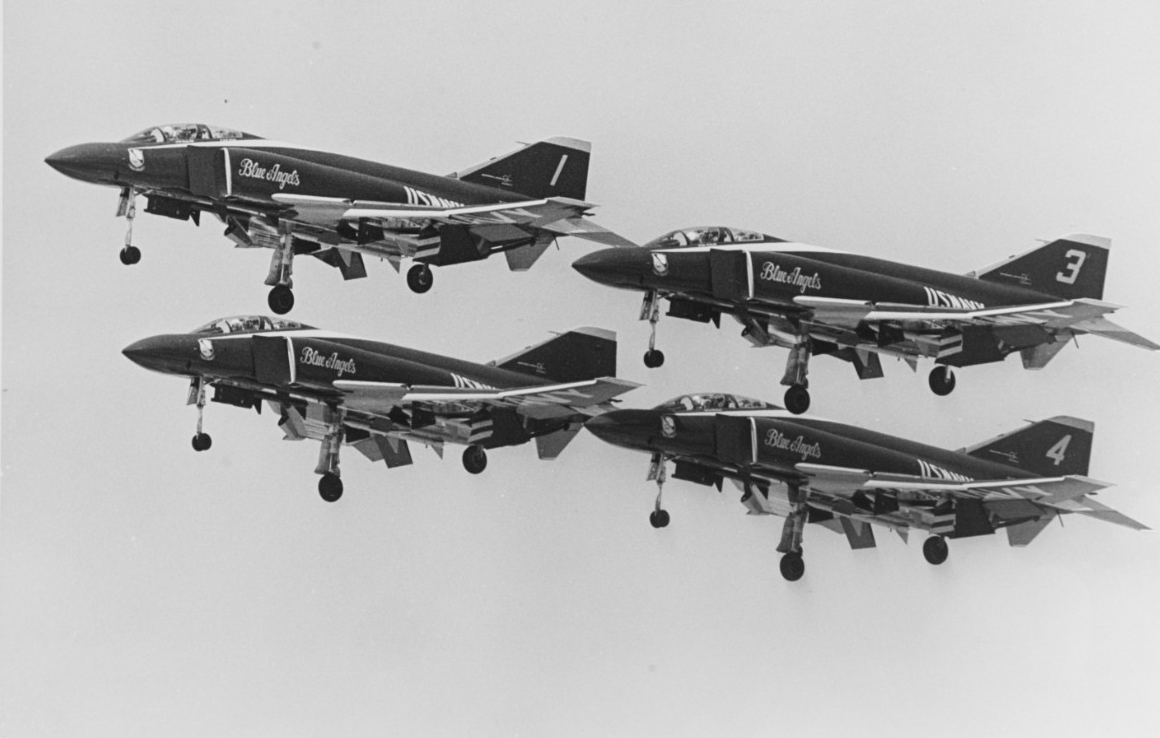 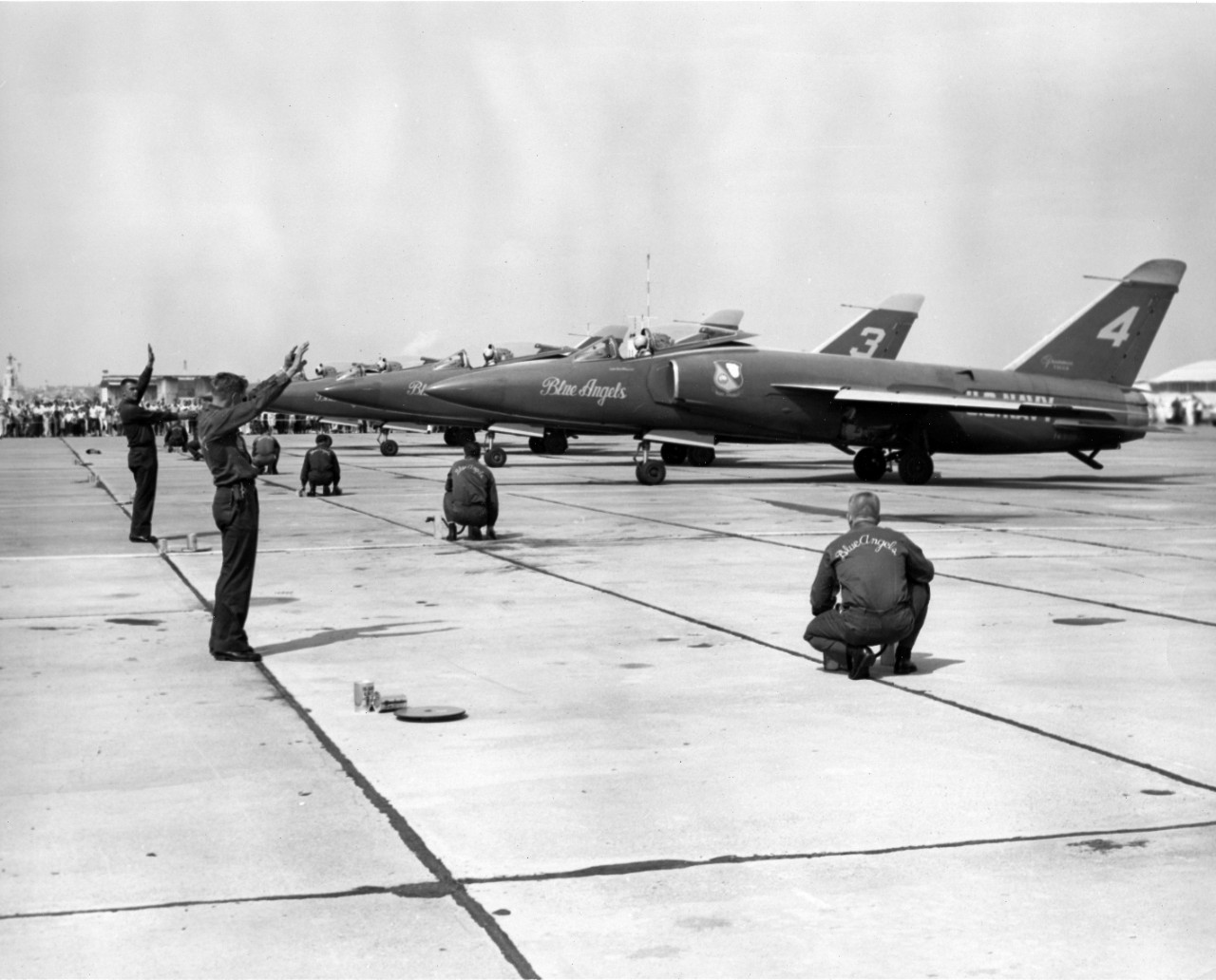 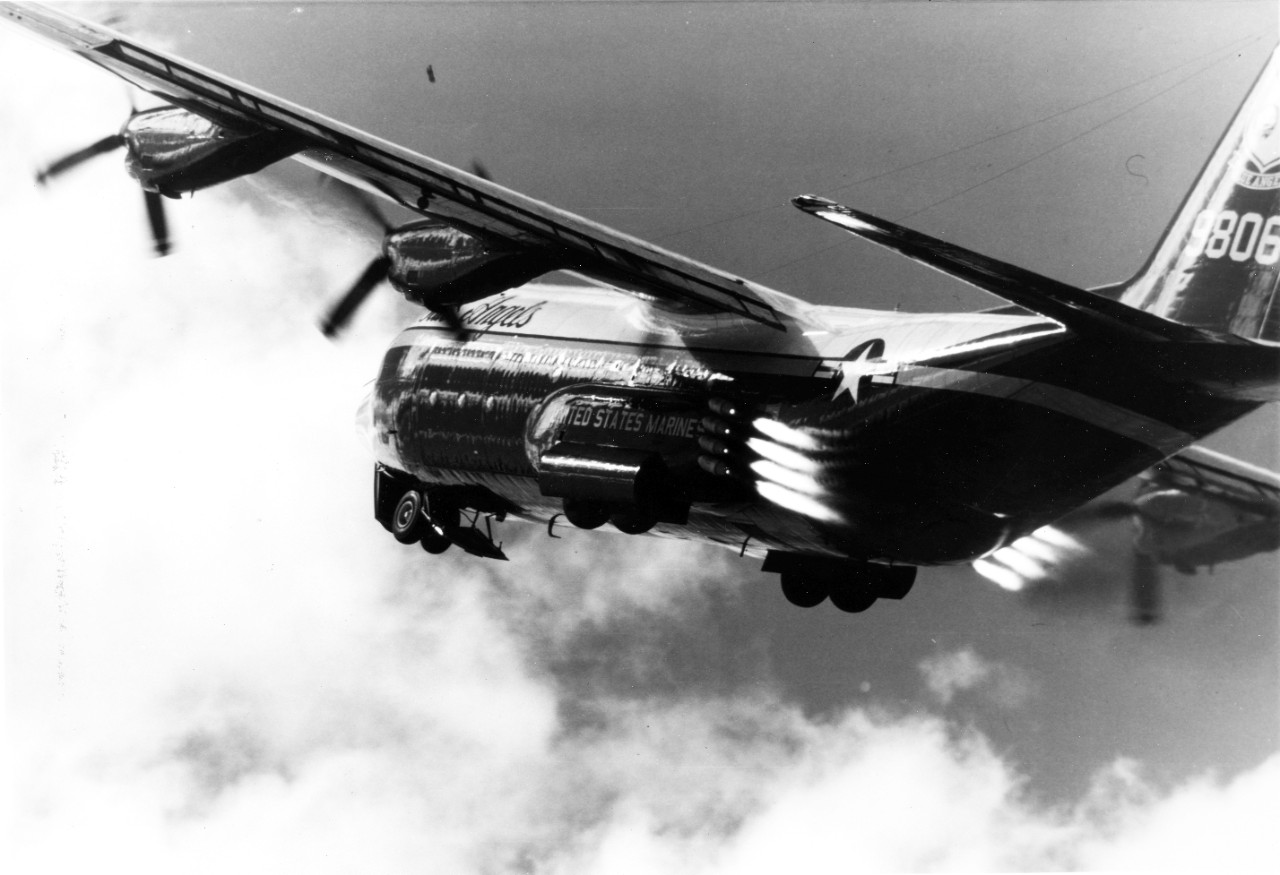