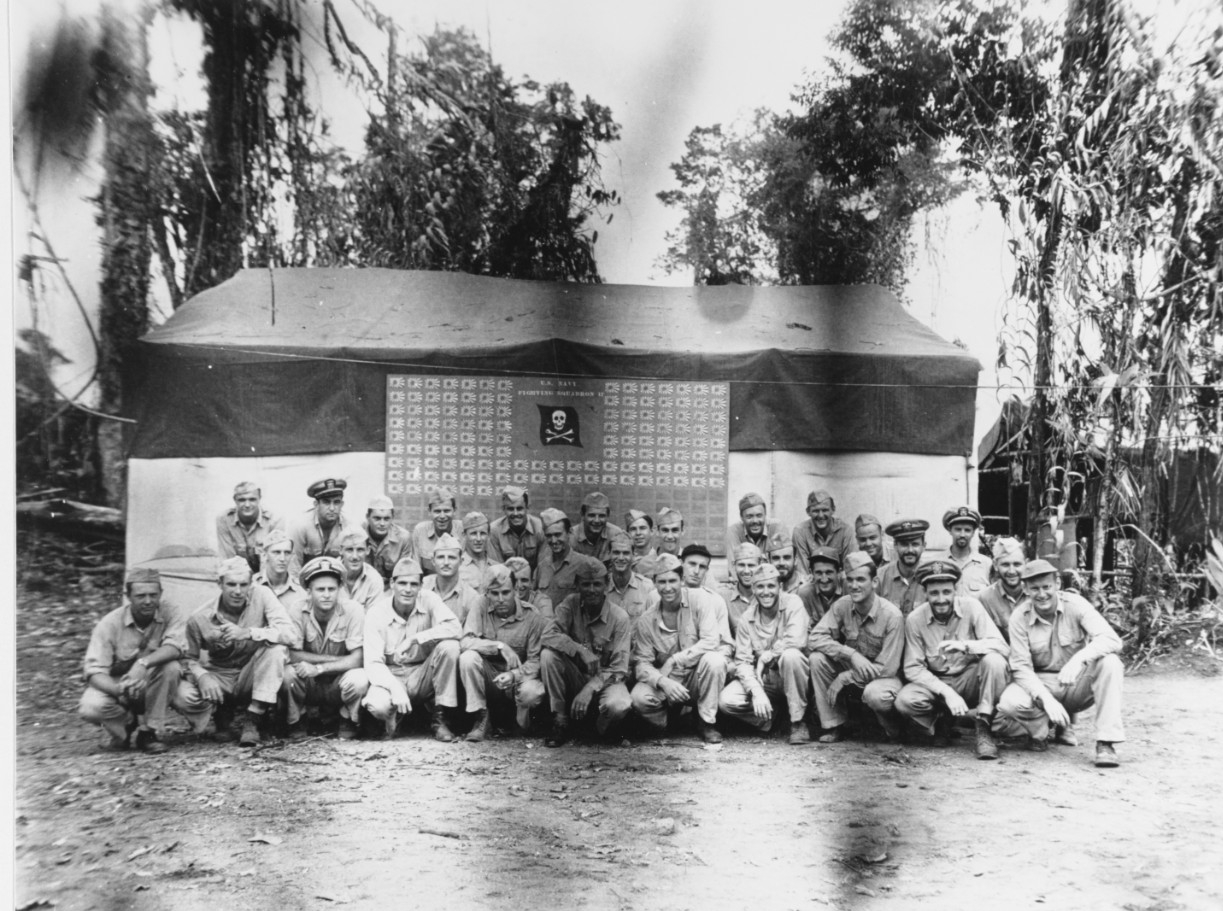 Fighter squadron seventeen (VF-17). Officers pose with the unit's scoreboard, circa February 1944. The commanding officer, Lieutenant Commander John Thomas Blackburn, is in the front row, center. At the time, VF-17 was credited with 130 Japanese planes shot down. (80-G-255885)

This select listing of naval aviation squadrons, compiled with the assistance of National Naval Aviation Museum Historian Hill Goodspeed, will be periodically updated and is not intended to be used as a definitive resource. 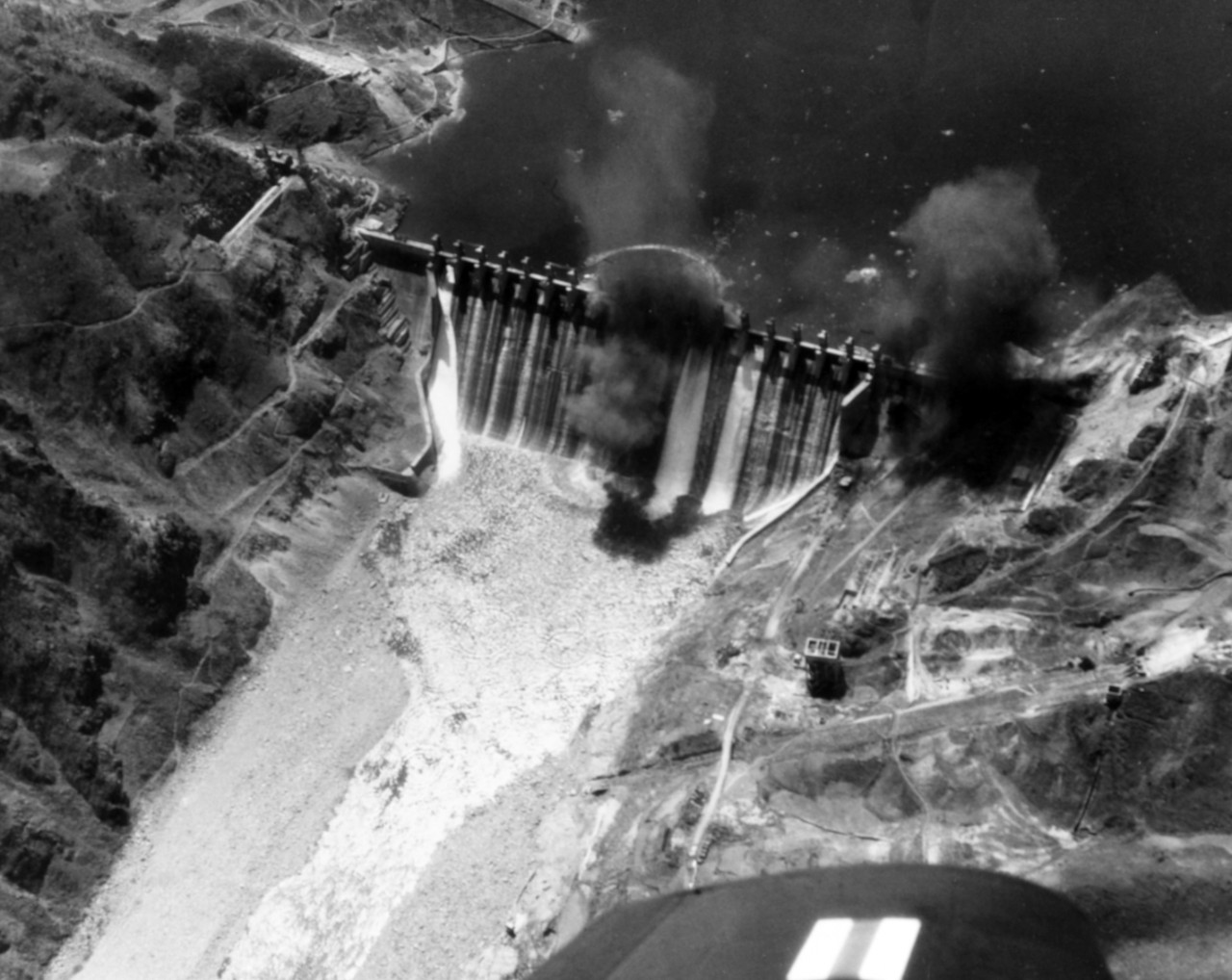 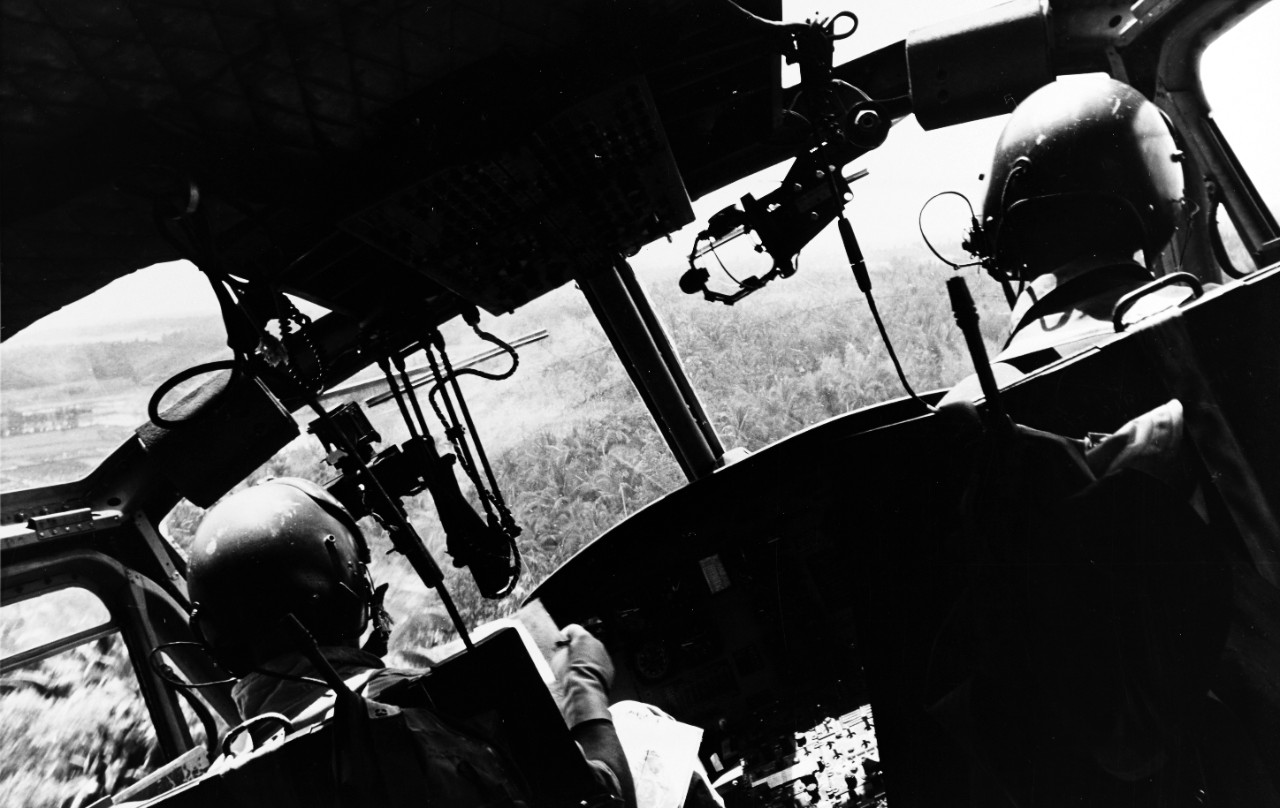 A Navy Armed Gunship Helicopter banks in for a low reconnaissance run over a suspected Vietcong staging area in the Mekong Delta of South Vietnam. This crew, as well as the other Seawolves of Helicopter Attack (Light) Squadron Three, help keep the waters and canals of the Delta open to free trade and deny their use to the enemy during Operation Game Warden, October 1969. (USN 1131561) 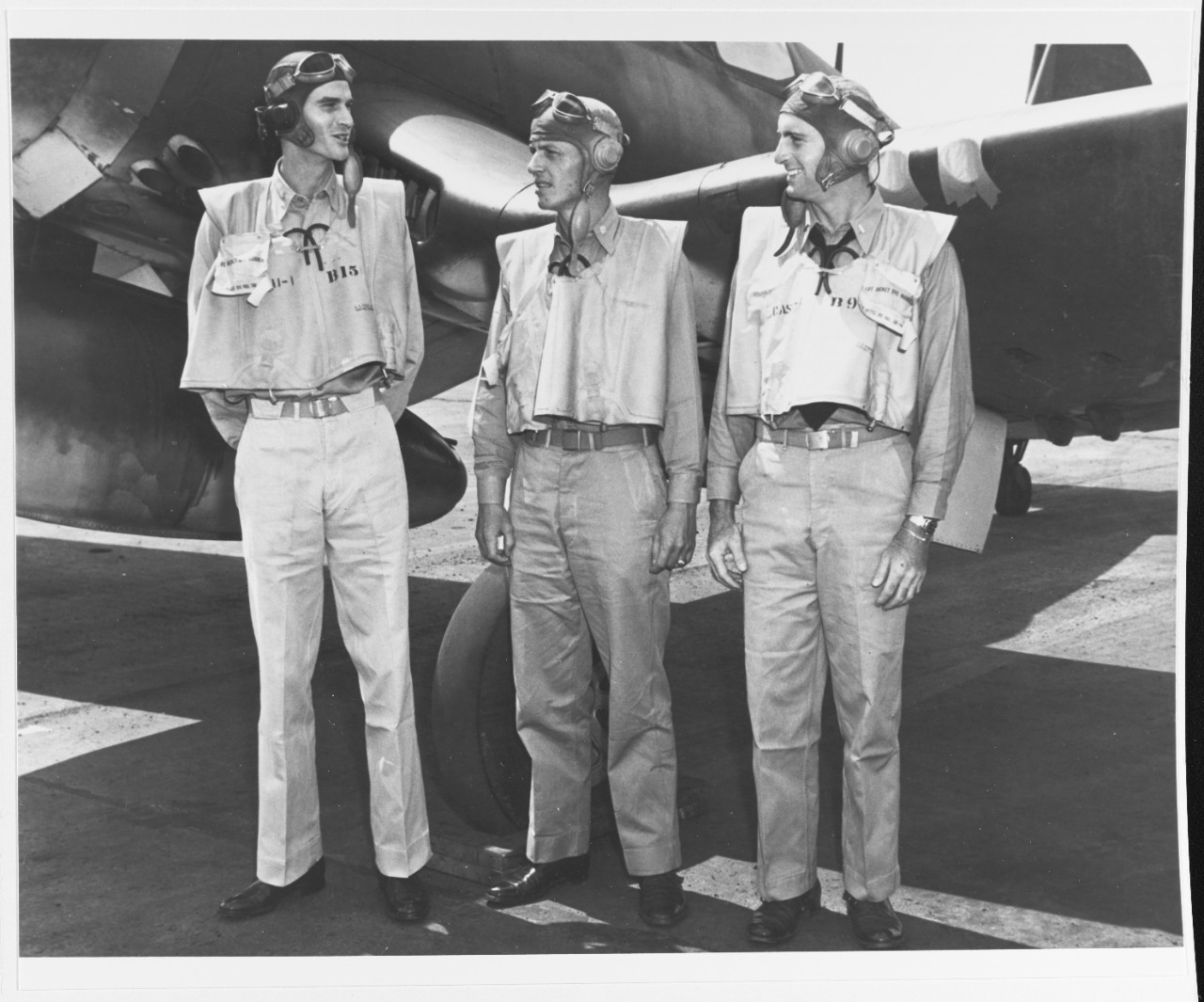 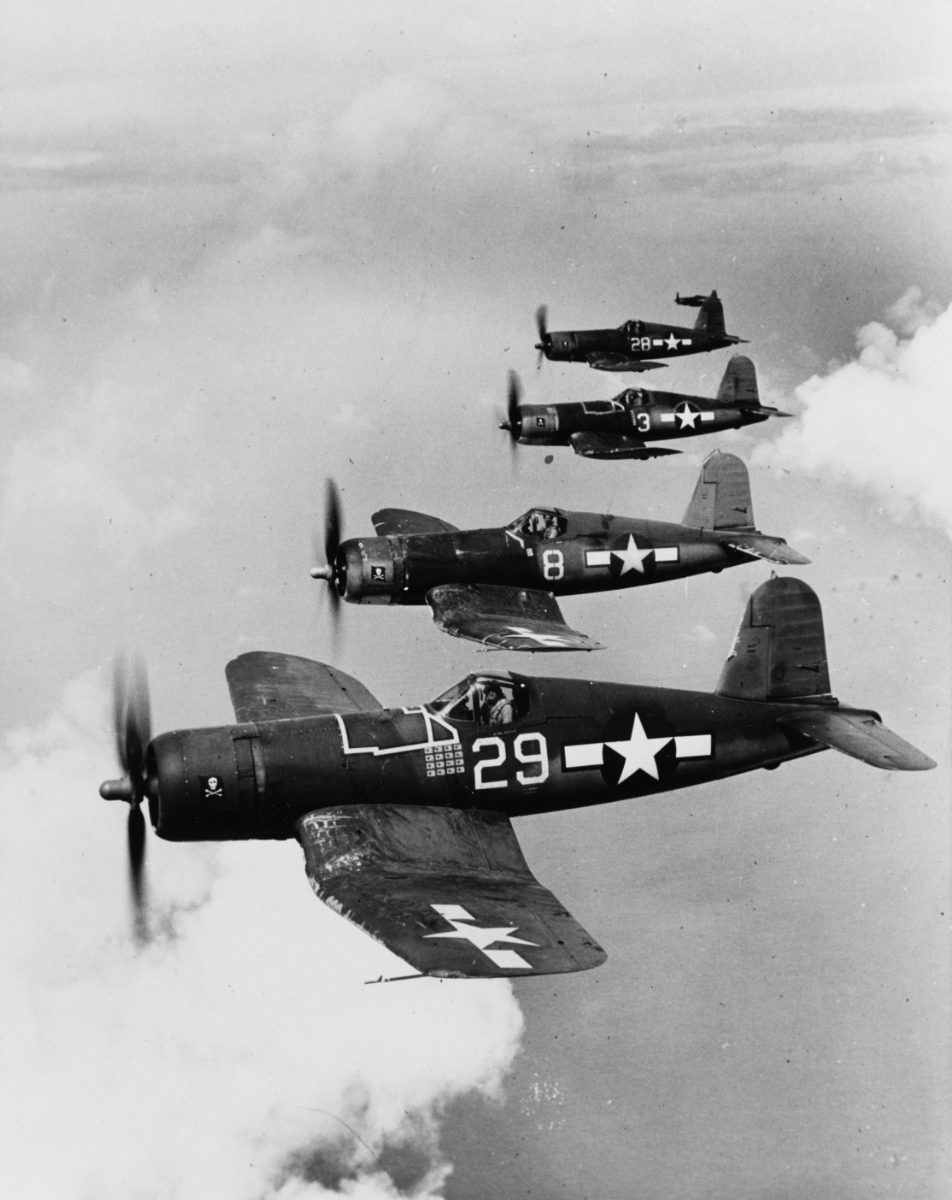 Vought F4U-1A "Corsair" fighters, of VF-17 in flight, possibly over Bougainville in early March 1944. Plane no. 29 is Bu. no. 55995, flown by Lieutenant Junior Grade Ira Kepford, then the Navy's leading "Ace," with sixteen "kills." Pilot of plane no. 8 is thought to be Hal Jackson. Plane no. 3, flown by Jim Streig, has an odd "star and bar" insignia, perhaps with the red outline that was replaced with blue the previous summer. Photo dated 15 April 1944, but probably taken early in the previous month. Some caption info comes from "Markings of the Aces," by Charles Graham and Richard Hill, 1972. (80-G-217817) 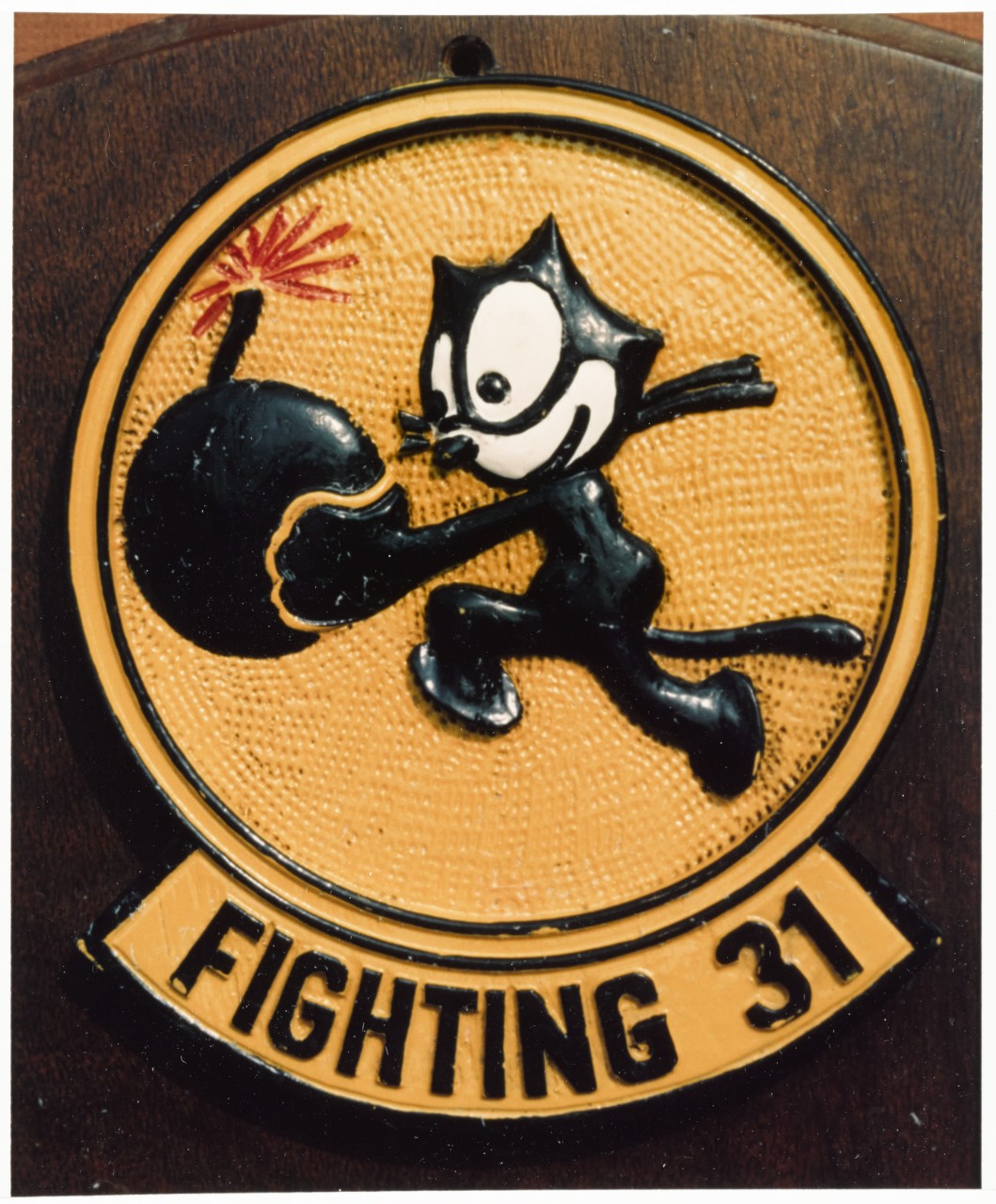 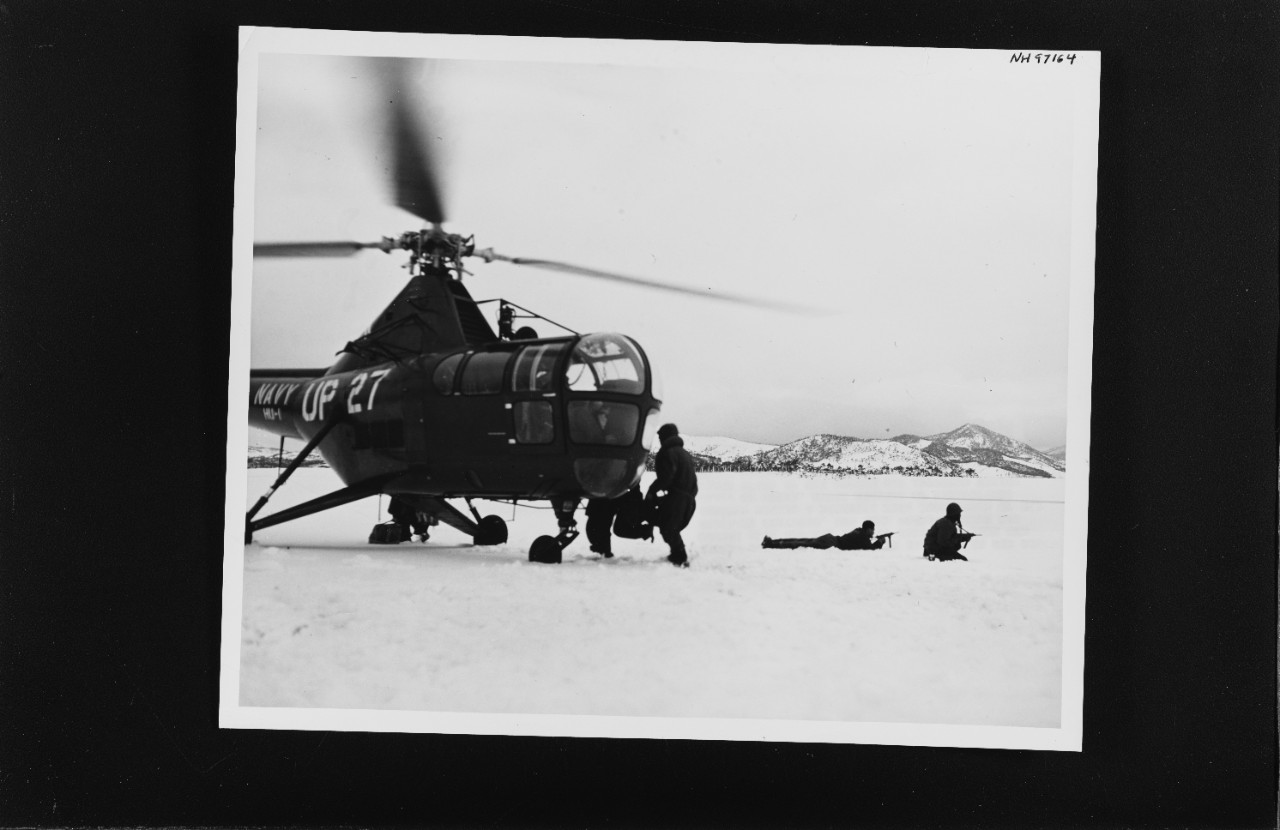 Stranding of Thai Frigate Prasae. January 1951 Thorin, D.W., APC, prepares to take off in his helicopter with another load of survivors from the Thailand corvette, the HMTS Prasae, which ran aground during a blinding snow storm off the coast of Korea. Other members of the helicopters stand guard as the rescue was affected behind enemy lines. (Quoted from original caption) Photo is dated 16 January 1951, but was taken several days earlier. Prasae went aground on the North Korean coast on 7 January 1951 and was destroyed after attempts to pull her off were unsuccessful. Helicopter is a Sikorski HO3S-1 of squadron HU-1. Men guarding the rescue operation are armed with M-3 submachine guns. Official U.S. Navy Photograph, from the collections of the Naval History and Heritage Command. (NH 97164) 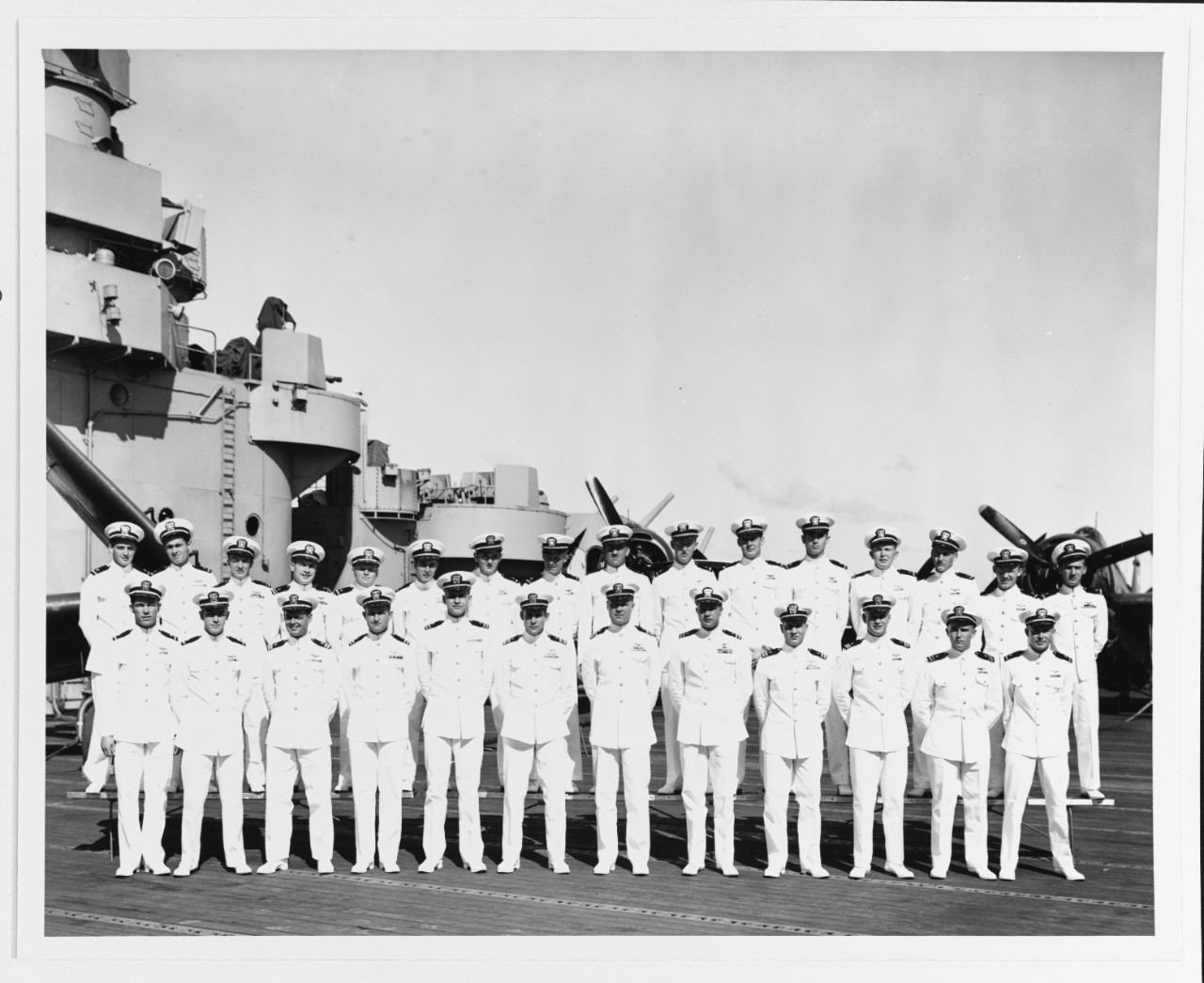