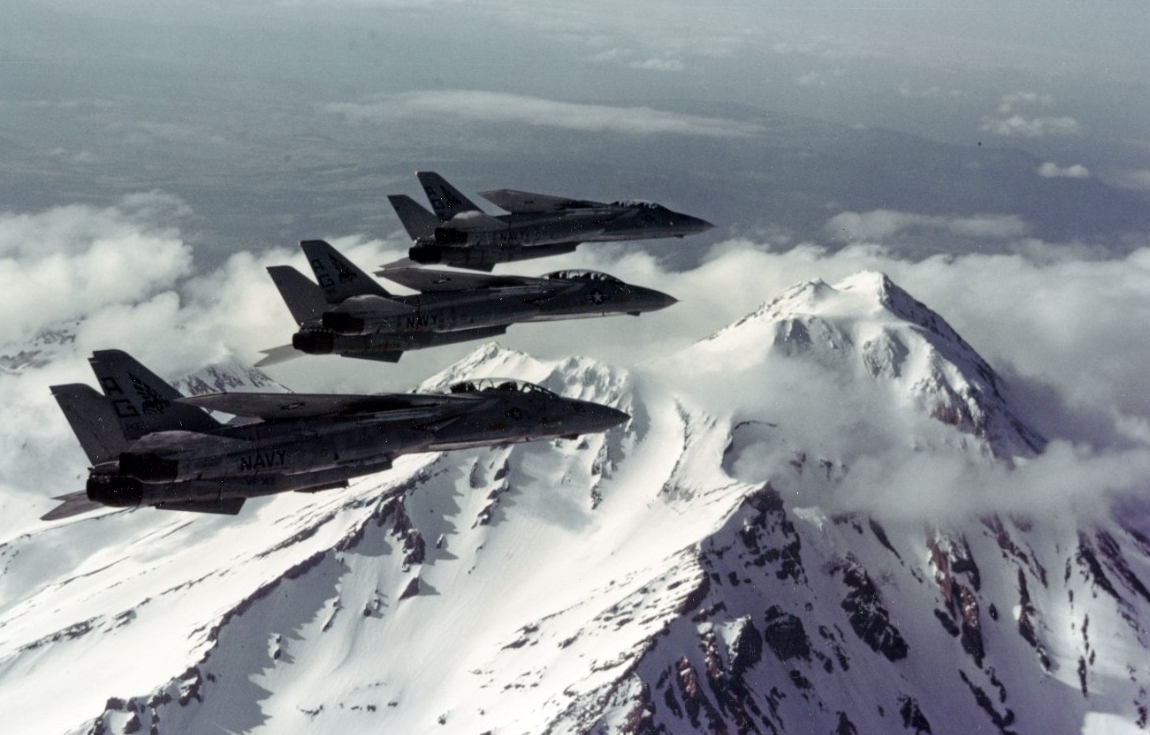 A build-up of naval aviation, the rise of global acts of terrorism, and the U.S. response to global crises characterized the eighth decade of naval aviation. As the decade began, aircraft carriers sailed ready to project U.S. power against extremists who held Americans hostage in Tehran, Iran. Eastern Bloc naval expansion threatened Western control of the sea, and the United States countered by developing a maritime strategy that focused on the three pillars of deterrence, forward defense, and alliance solidarity.

Naval aviation experienced resurgence in strength and capabilities through building programs and new technology research. A number of new aircraft joined the fleet, such as the AV-8B Harrier II and V-22 Osprey some with innovative aviation technologies.

Clashes with the Libyans demonstrated naval aviation’s air-to-air and strike capabilities, and Operation Urgent Fury reestablished democracy on Grenada in the Caribbean. Naval aviation was critical in operations in and around Lebanon and in responding to terrorist crimes and hijackings around the Mediterranean basin. The Persian Gulf War between Iran and Iraq escalated and the fleet became involved in short but fierce battles in that area. As the decade ended, Saddam Hussein invaded Kuwait and the UN imposed an economic blockade on Iraq to force its withdrawal.

In 1982 the Navy began working with U.S. Customs and the Coast Guard to curb the influx of drugs into the United States, and E-2C Hawkeyes became permanent participants in the detection of drug-smuggling aircraft. Other activities included continued involvement in the manned space program and assistance during natural disasters. As the 1980s ended, the détente between the Americans and Soviets continued.

24 April 1980—The United States launched Operation Blue Light (Eagle Claw) to rescue the 53 Americans held hostage by Iranian militants in Tehrān, Iran. Eight RH-53D Sea Stallions lifted off from Nimitz (CVN-68) in the Arabian Sea to rendezvous with Special Forces troops and with six USAF C-130 Hercules flying from al Masirah Island, Oman. A haboob — a huge dust cloud — forced helicopters No. 2 and 5 to land short of their objective, and mechanical problems compelled No. 6 to put down at a secret refueling site within Iran designated Desert One. Planning called for a minimum of six operational helicopters to rescue the hostages, and with only five capable of continuing, commanders aborted the mission. During the withdrawal of a helicopter, it collided with a Hercules when it repositioned to refuel, killing eight men. The remaining Hercules evacuated the survivors.

31 January 1981—The era of enlisted naval aviators came to a close when the last enlisted pilot, ACCM Robert K. Jones, retired after 38 years of service. Enlisted pilots had performed their duties for more than 61 years as naval aviators on combat missions, as transport pilots, and as instructors. 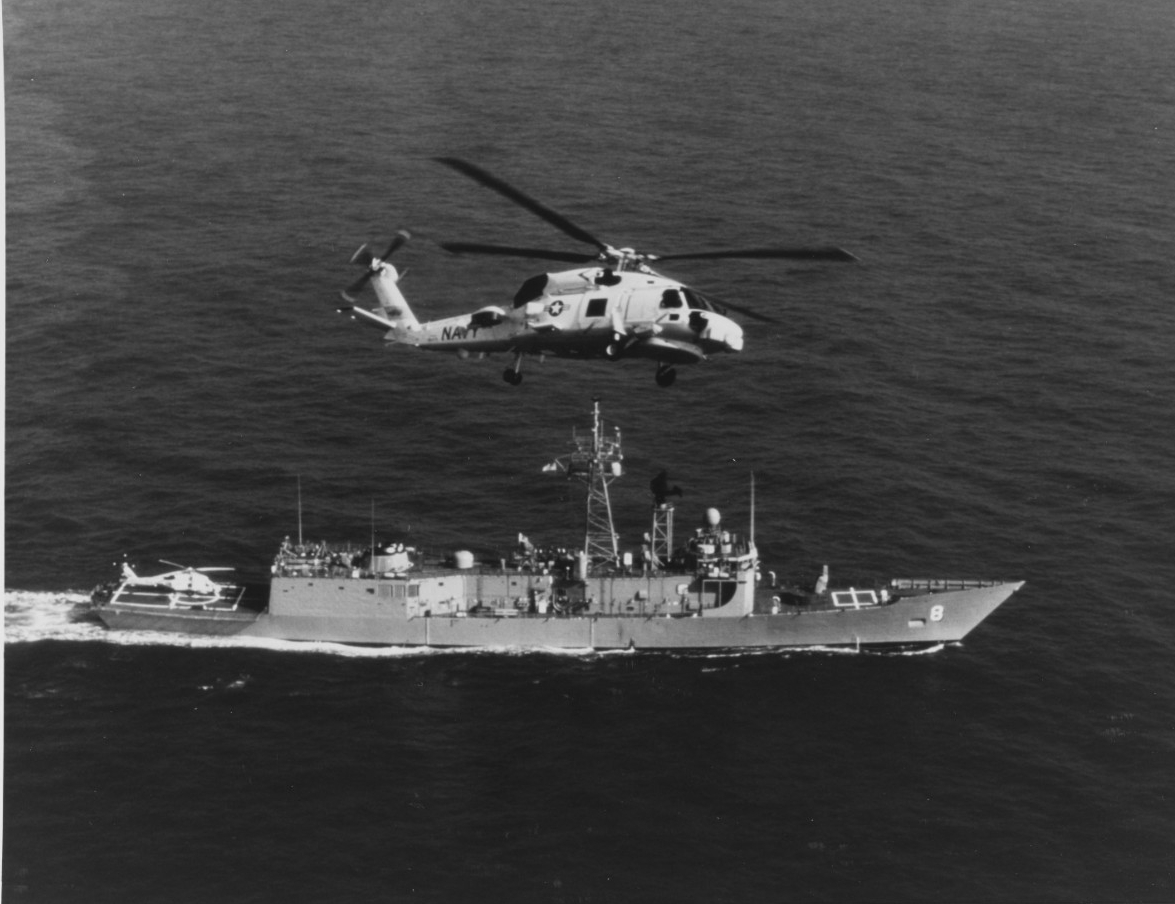 28 April 1986—Enterprise (CVN-65) became the first nuclear powered carrier to pass through the Suez Canal when she steamed from the Red Sea to relieve Coral Sea (CV-43) in the Mediterranean.

17 August 1988—The HH-60H Seahawk made its maiden flight at Sikorsky Aircraft, Stratford, Connecticut. Derived from the SH-60F, the new variant’s primary mission was strike rescue, with secondary tasks involving special warfare missions. The HH-60Hs were the first new aircraft purchased for and operated exclusively by the Naval Air Reserve.

10 November 1988—Ens. Joy D. Warner became the first woman to earn her wings through the newly reinstated NAVCAD program. Warner had joined the program in June 1987 and completed her basic flight training with HT-8. 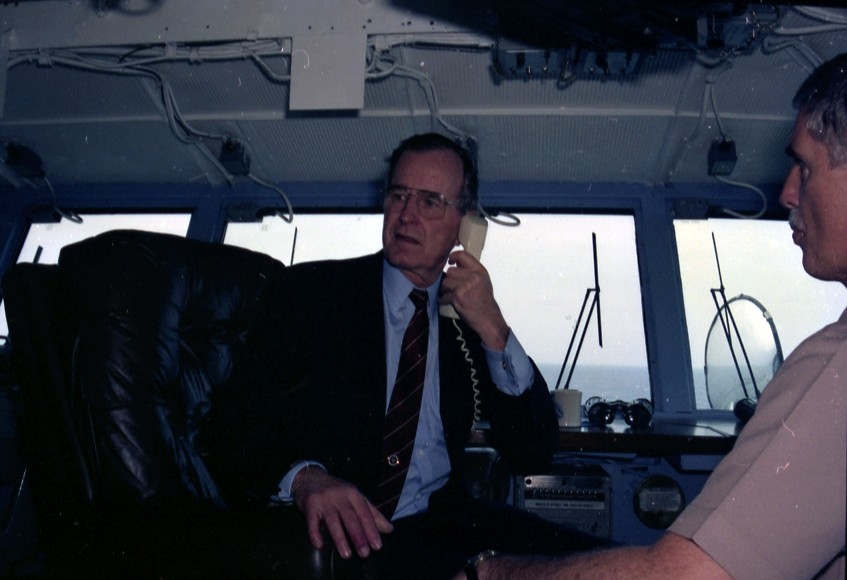 19 March 1989—A V-22 made its first flight at Bell Helicopter Textron’s Flight Research Center, Arlington, Texas. In Phase 1 of the flight tests, the Osprey reached a maximum speed of 20 knots and an altitude of 30 feet during a 15-minute flight in the helicopter mode. 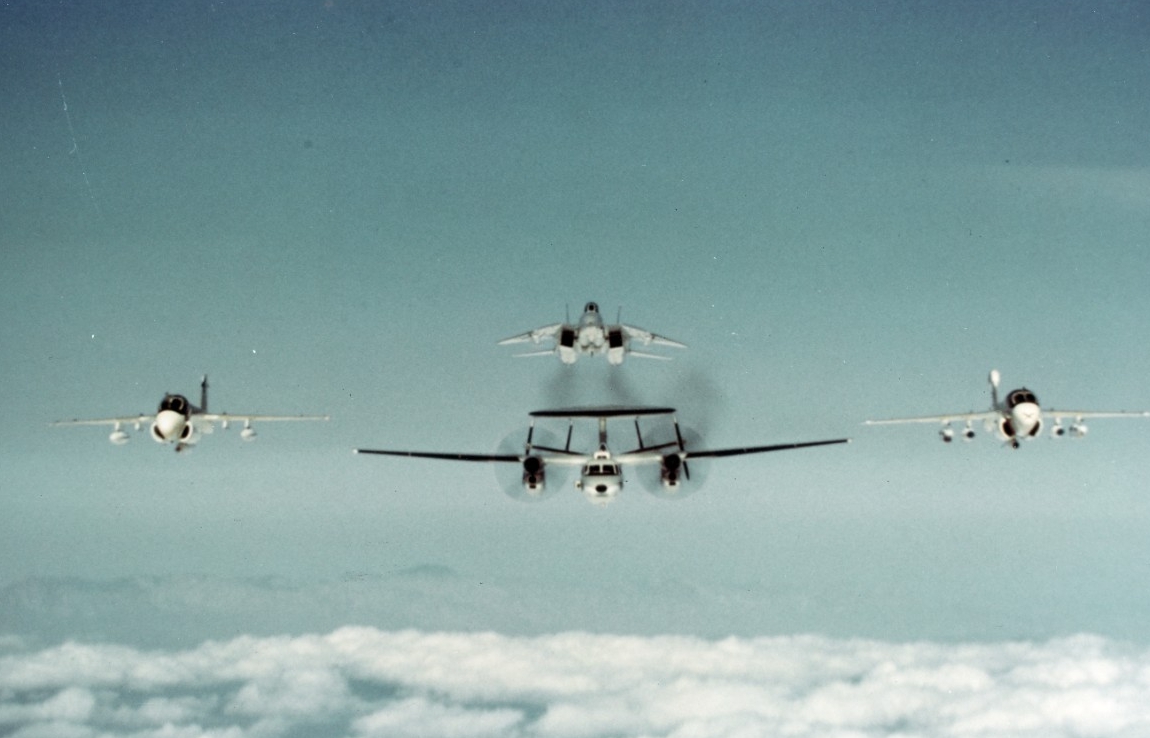 Grumman E-2C "Hawkeye" AEW aircraft leads a group of Grumman-manufactured first-line Navy aircraft in formation. At top is an F-14 "Tomcat" fighter. An A-6E "Intruder" attack plane is at left, and an EA-6B "Prowler" ECM plane is at right. (K-116900)