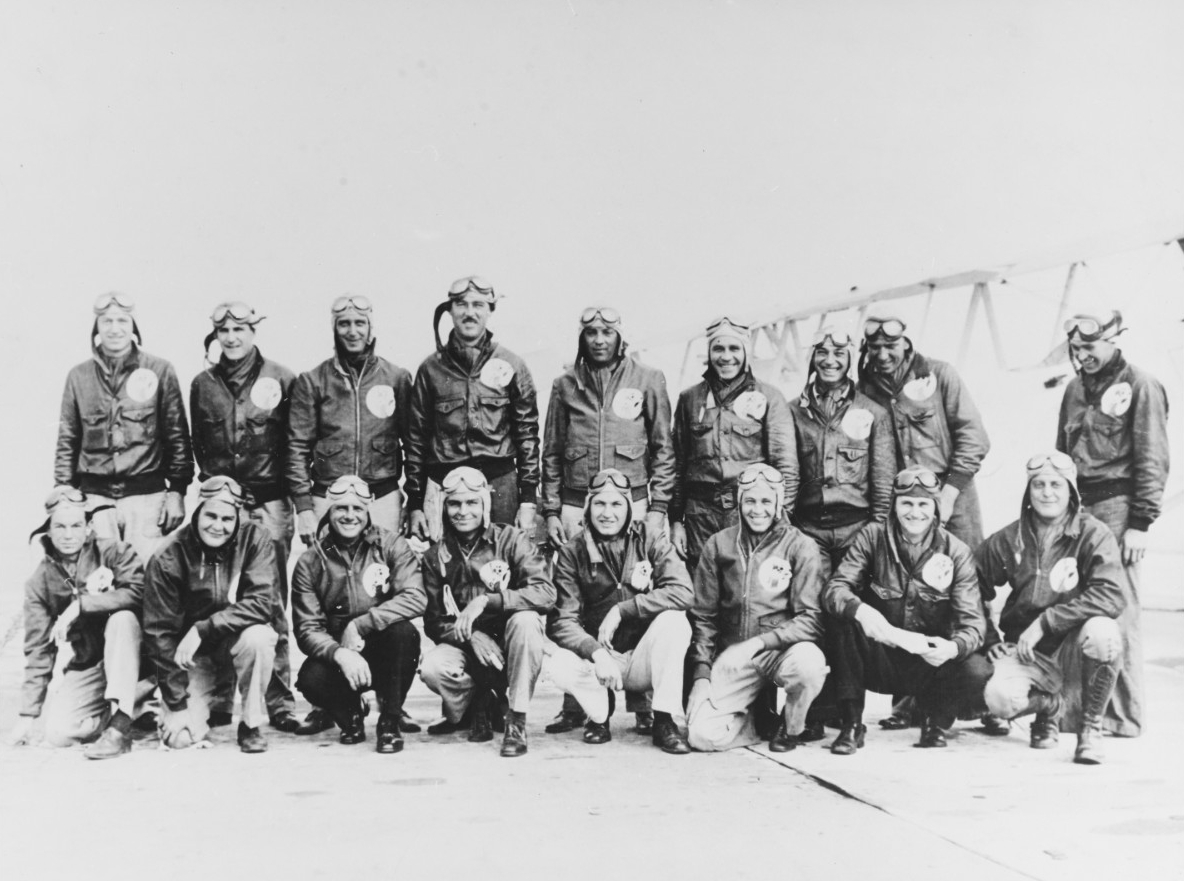 Men of the Naval Reserve Air Squadron based at Floyd Bennett Field, New York, and regular Navy station keepers ready to fly to Cleveland, Ohio, to take part in the air races, 1932. Fourth from left in the back row is the Base Commander Lieutenant Edwin Francis Conway, USN. Front row second from right is Lieutenant Fred Priestman, Base Executive Officer. Fourth from right in the back row is Loyd C. Reckner, Aviation Machinist Mate Second Class, USN. (NH 72652)

The 1930s began quietly with an international treaty that extended previous agreements to reduce naval armaments. As the years passed the peace dissipated, however, and the nations moved inexorably toward another global war.

In the United States, the effect of the stock market crash of October 1929 drastically slowed the expansion of naval aviation. Research and development programs suffered, and the fleet drastically curtailed operations.

The Navy installed hydraulic arresting gear and catapults on board aircraft carriers and developed better recovery procedures for battleship and cruiser observation planes. Pioneers demonstrated the feasibility of instrument flight ashore and at sea. Dependable radio-controlled planes were put to practical use as targets for antiaircraft guns. Engineers and designers learned more about the value of a streamlined, clean design. Entire squadrons had begun to turn in the record performances once accomplished by individual pilots. Tactical innovations of the 1920s became fleet doctrine.

Three new aircraft carriers joined the fleet and with them carrier aviation became a truly integrated element of naval power. Serious setbacks occurred in the lighter-than-air forces with the crashes of airships Akron (ZRS-4) and Macon (ZRS-5), ending the Navy’s rigid airship program. By association, nonrigid airships—blimps—almost followed them into oblivion.

As the decade drew to a close the ominous rumblings of war from across the seas grew louder. The Navy expanded its pilot training program and designed and laid down new ships, and increasingly modern and capable aircraft came off the drawing boards. The United States proclaimed neutrality as World War II erupted, but the fleet patrolled the seas under conditions that approached war.

21 July 1930—Capt. Arthur H. Page Jr., USMC, from a sealed hooded cockpit of an O2U Corsair completed an instrument flight of about 1,000 miles from Omaha, Nebraska, to NAS Anacostia, D.C., via Chicago, Illinois, and Cleveland, Ohio — the longest blind flight to date. First Lt. Vernon M. Guymon, USMC, acted as safety pilot and took over the controls only for the landings after Page brought the plane over the fields at 200 feet.

4 April 1933—Rigid airship Akron (ZRS-4), with Chief of the Bureau of Aeronautics Rear Adm. William A. Moffett embarked, lifting from NAS Lakehurst, New Jersey, at 6:30 p.m. to assist in calibrating radio direction finders along the Atlantic coast. Skipper Cmdr. Frank C. McCord left the airship’s F9C-2 Sparrowhawks behind. Akron encountered fog and then thunderstorms as she neared New York. McCord attempted to elude the storms and then brought her about, but a downdraft violently thrust the ship into the sea at about 3:00 a.m. on 5 April off Barnegat Light, New Jersey. The survivors attempted to escape through the fabric fuselage, but the airship lost power and lights when she crashed, and the men who straggled from the wreckage in the darkness faced the cold Atlantic without life vests. Passing German tanker Phoebus rescued Cmdr. Herbert V. Wiley and two crewmen, but Moffett, McCord, and 71 other Sailors perished. The Navy struck Akron on 30 April.

10 January 1934—A group of six P2Y-l flying boats, Lt. Cmdr. Knefler McGinnis of VP-10F commanding, made a nonstop formation flight from San Francisco, California, to FAB Pearl Harbor, Territory of Hawaii, into the next day, in 24 hours and 35 minutes. Their accomplishment bettered the best previous time for the crossing, exceeded the distance of previous mass flights, and broke a nine-day-old Class C seaplane world record for distance in a straight line with a new mark of 2,399 miles. 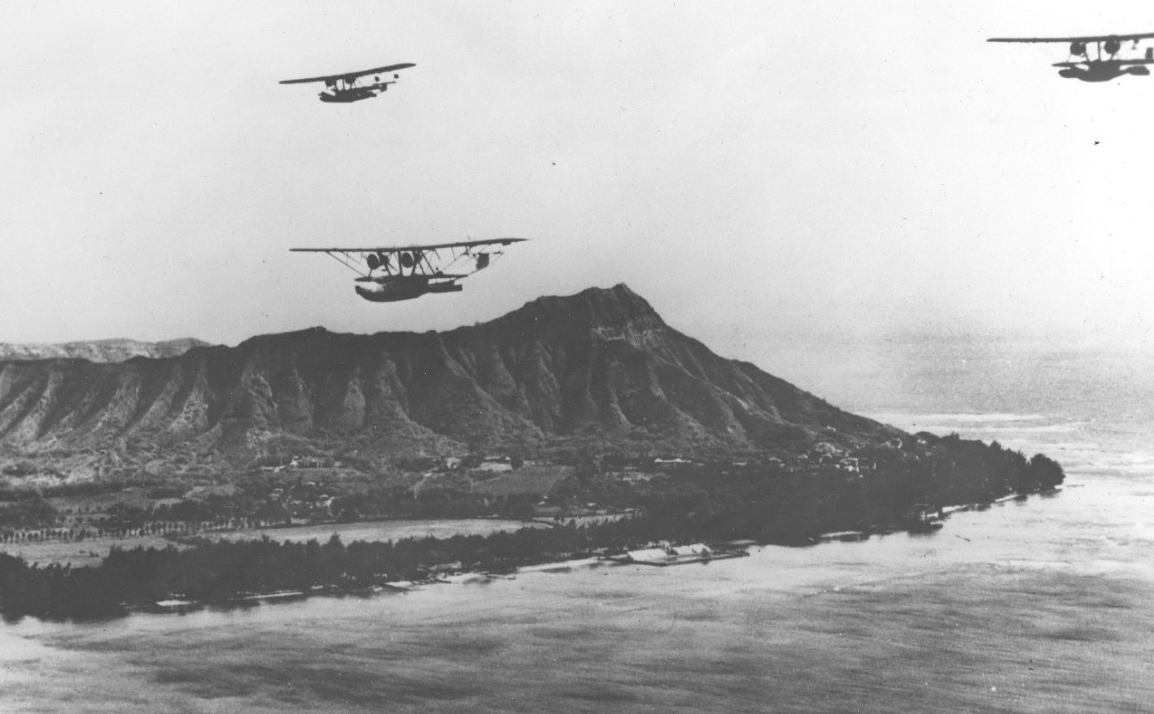 4 June 1934—Ranger (CV-4), the first U.S. ship built from the keel up as a carrier, was commissioned at Pier 7 at Norfolk Naval Base, Virginia, Capt. Arthur L. Bristol commanding. 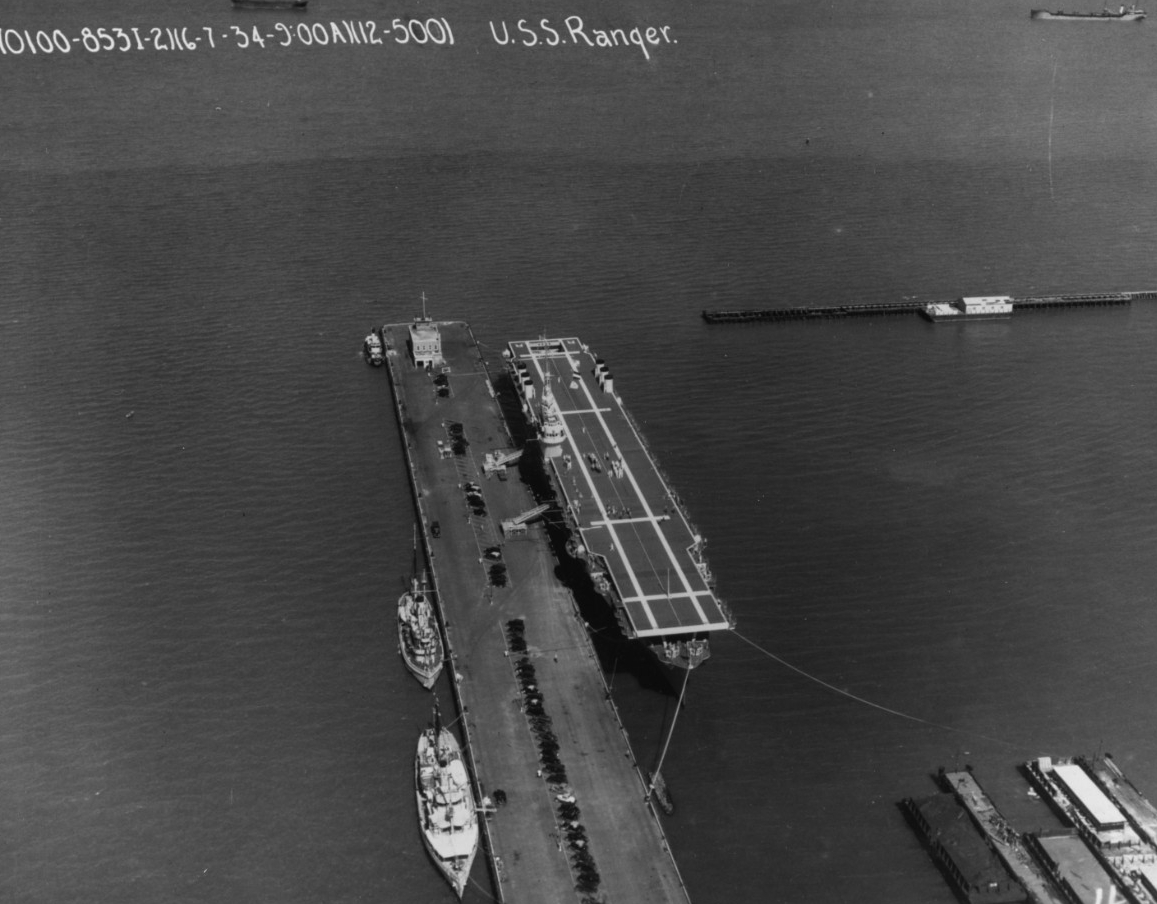 14 September 1938—A radio-controlled N2C-2 target drone engaged in a simulated dive-bombing attack against mobile target/gunnery training ship Utah (AG-16) during test firing of her antiaircraft batteries. Observers viewed this as the first demonstration of air-to-surface missiles, and proponents of guided missile development subsequently cited the test as an example of the weapon's efficacy.

20 December 1939—The Navy issued a contract to Consolidated Aircraft for 200 PBY Catalina-type aircraft to support an increase in patrol plane squadrons that resulted from Neutrality Patrol requirements. The contract comprised the largest single U.S. order for naval aircraft since the end of World War I. 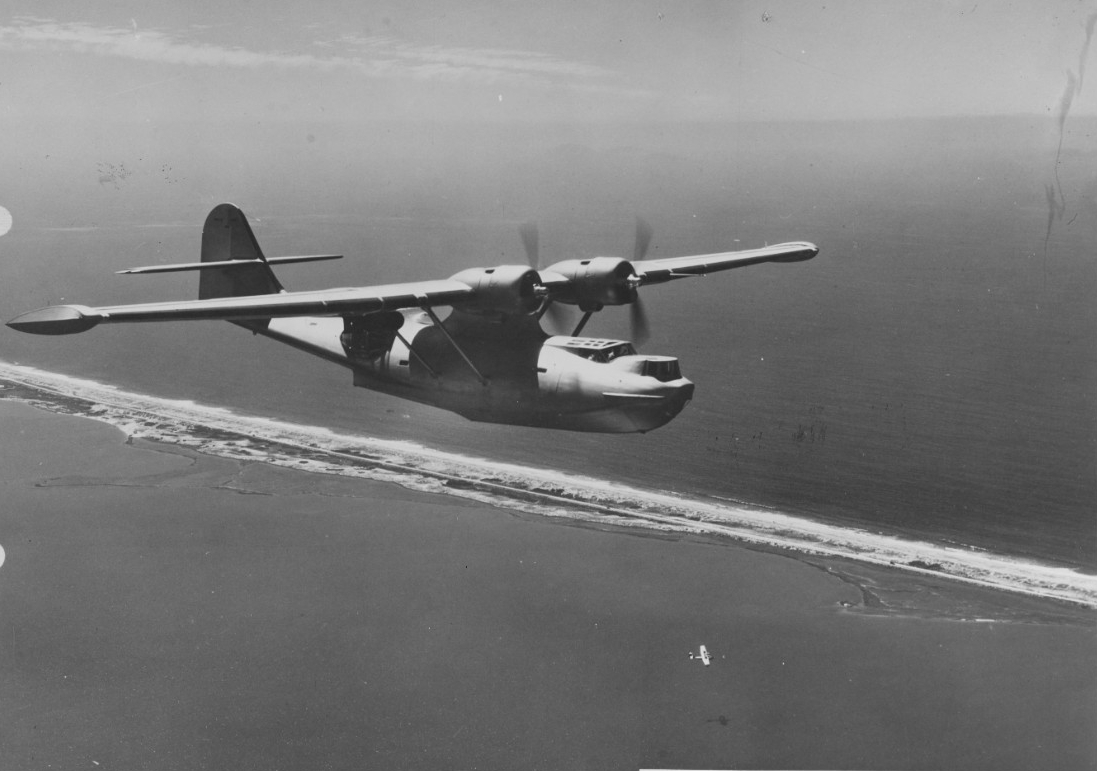 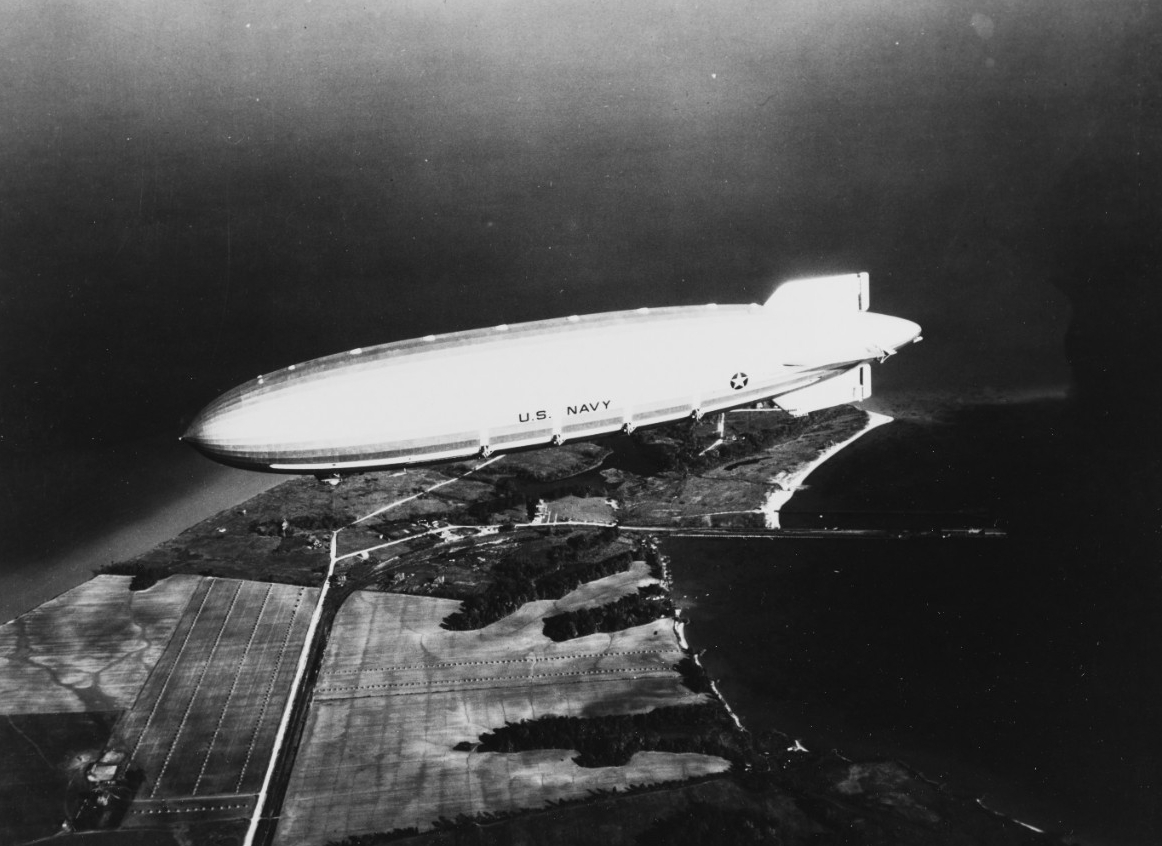