The Naval History and Heritage Command produced this 2018 video to tell the story about the victory at Midway. The video uses World War II file footage to convey the importance of the U.S. Navy's efforts at Midway and summarizes how the Allies gained naval dominance in the Pacific. For more videos, please scroll to the Video section below.

NHHC has created logos to assist commands with their commemoration efforts. Two versions of a Midway commemoration logo are available. 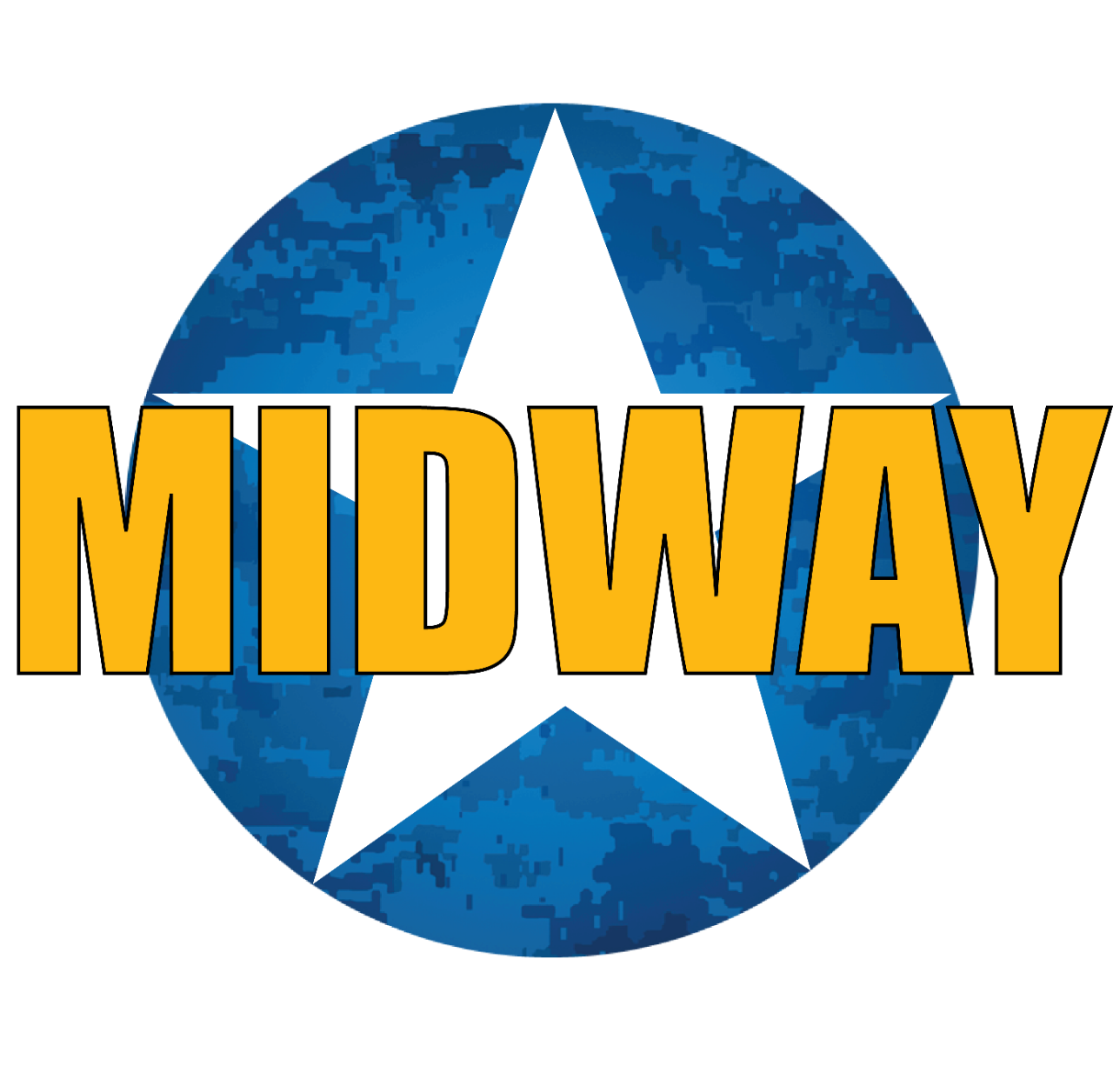 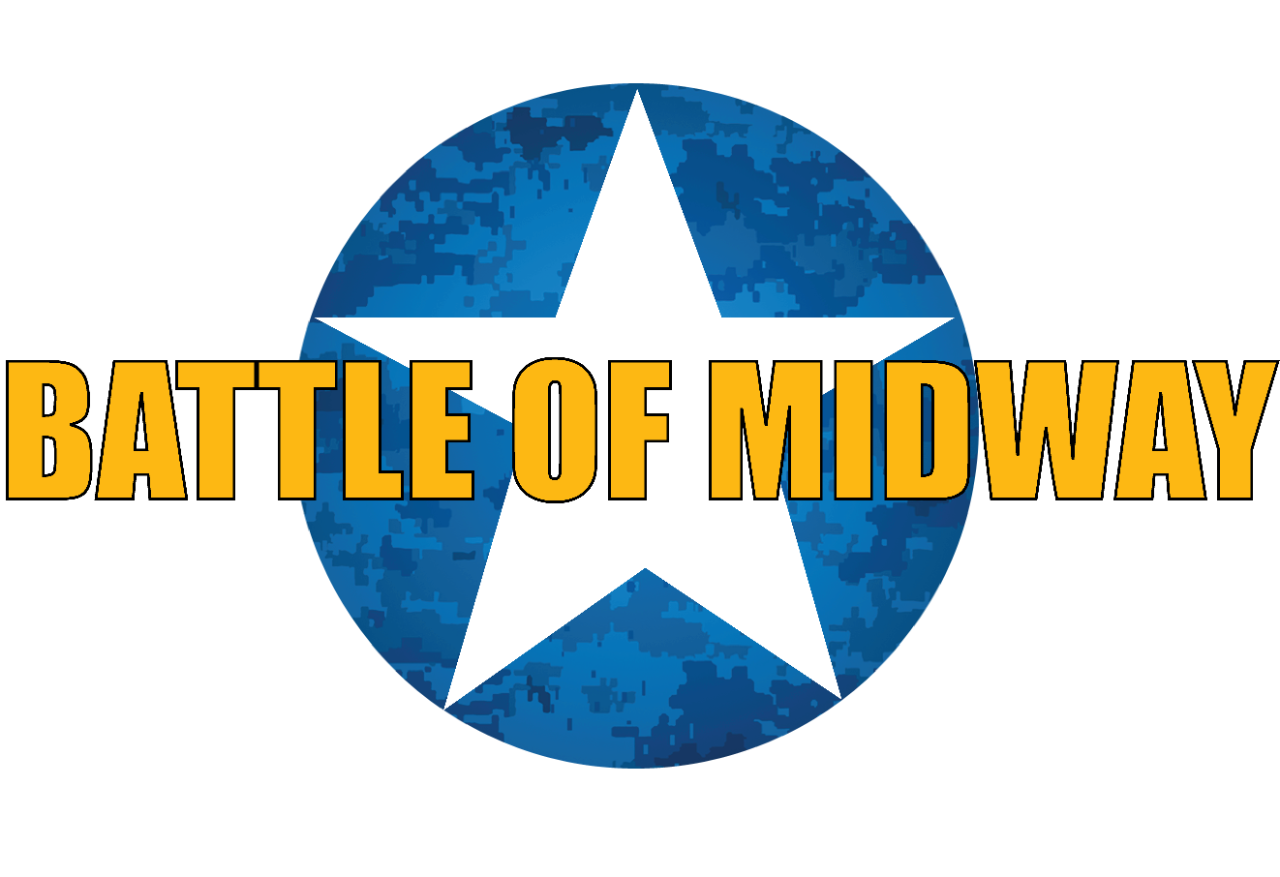 Battle of Midway Social Media Graphics
Download digital graphics for use on social media platforms, below. 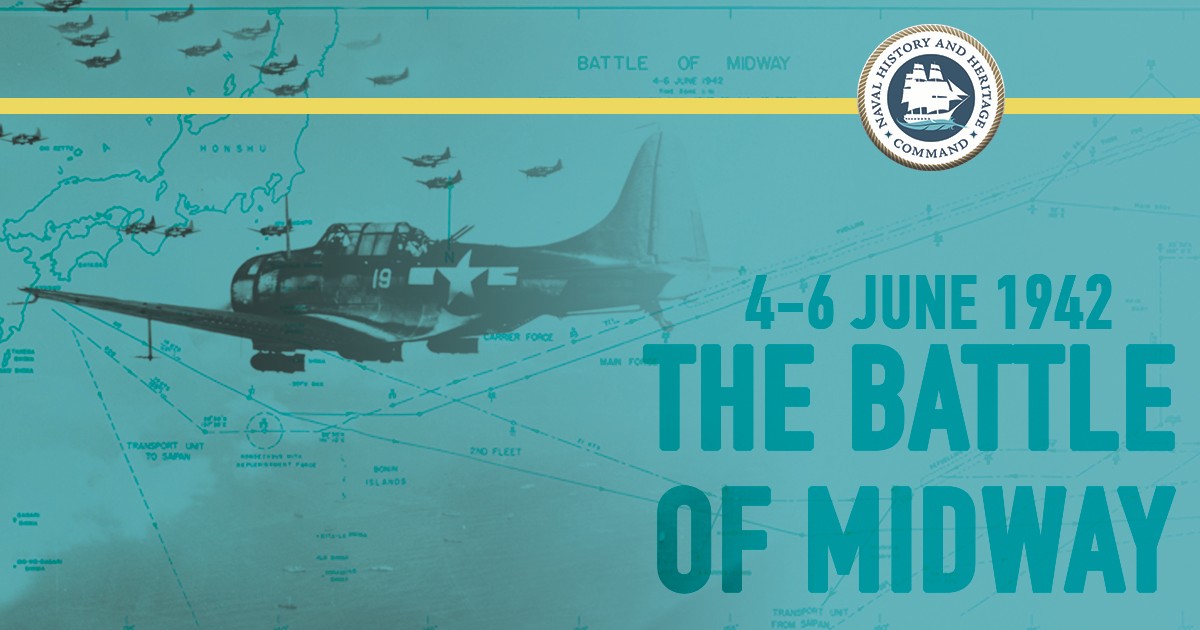 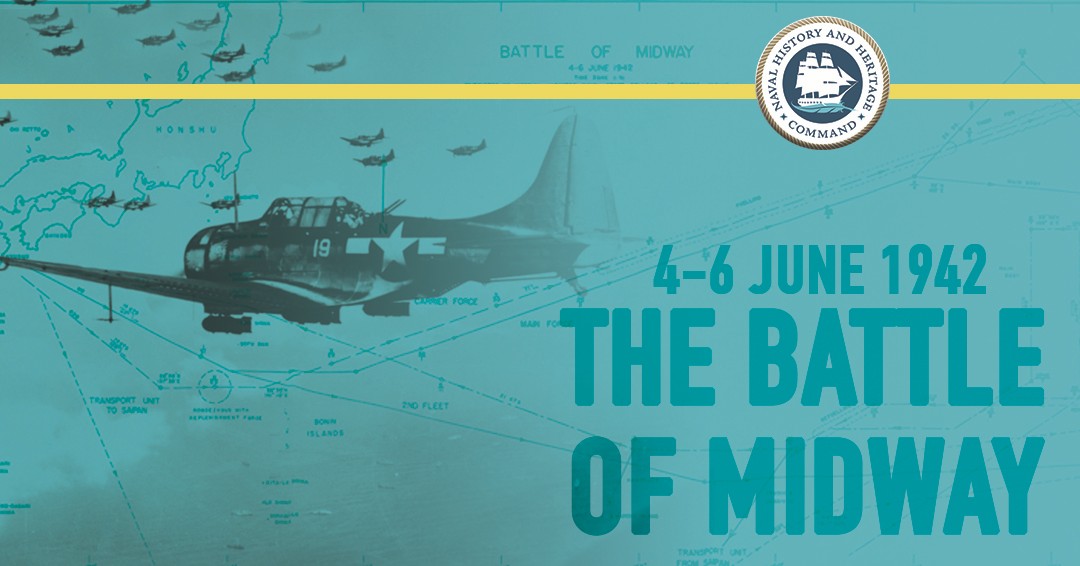 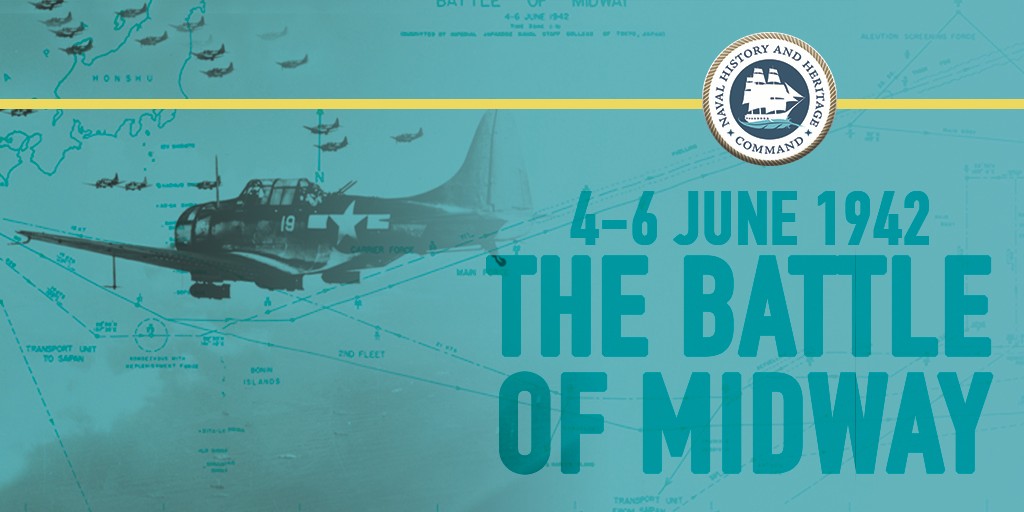 Midway Scene Setter Video
This video produced by the Defense Media Activity's Navy Production Department is a short, narrated video that is perfect for use as a "scene setter" to help all in attendance at your ceremony or event understand what happened at Midway and why it was important.
Access the High Resolution DVIDS: Downloadable Midway Scene Setter

The Battle of Midway
Reminiscent of the time period's newsreels, this four-and-a-half minute video tells the story of the Battle of Midway's importance through imagery. Please share this video online.
Watch and share via YouTube: Newsreel Video
Access the High Resolution DVIDS Downloadable Newsreel File

These notes discussing developments during the course of the battle may be featured in your command's Plan of the Day.

Browse our Flickr album for images of Midway artifacts.